As a fan of Tim Burton I had of course to go and watch his latest film, “Alice in Wonderland”. It is not the usual dark thing coming out of Tim’s hands but I liked it.
I think the story adaptation was ok and it was fun. I also must say I am particularly fond of this story as it was with it that I started painting and illsutrating and made me discover that I actually liked doing it. 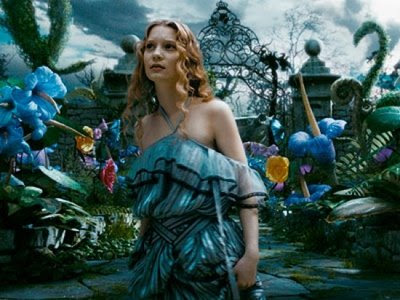 I liked the visual aspect of the film, of course. It was quite rich in detail and obviously well animated. I really liked what they did with Cheshire cat and the swimming movements in mid air. Despeite what a few friends have said, I also liked the 3D on it.

What I didn’t like in the film was the dancing in the end- with the Mad Hatter doing a dance with some music that I thought didn’t go with the rest of the film.

Ha well, nothing is perfect.