HP! And I don’t mean the sauce. 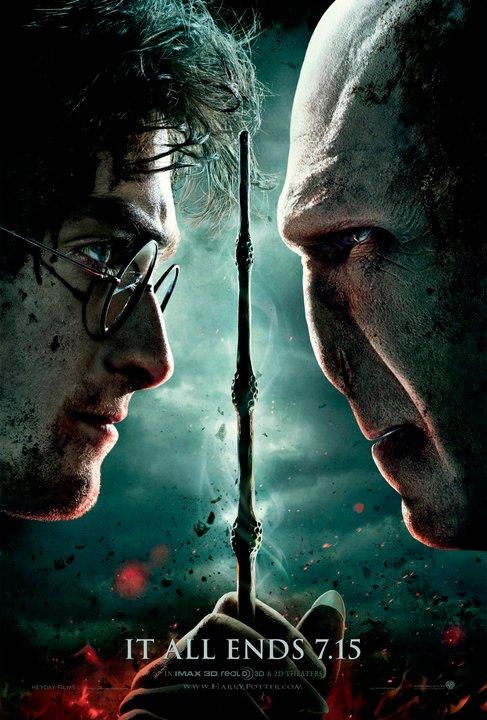 Last night I went out to see Harry Potter and the Deathly Hallows 2. (in 3D)
I have to say I am not a huge HP fan. I have never read the books, (even though I have friends who say they are brilliant) but I have seen all the films. I do enjoy watching them as the visuals are usually very good and detailed and I enjoy watching fantasy films. Watching these films is always quite stimulating to the imagination and I like looking at all the set and costume details.

The film last night did not disappoint in these terms. The 3D graphics were amazing. It’s incredible how far 3D animation has come, and every year it seems that it gets better and better. Mind you, I’m not a cgi fan per se, won’t watch films like, say, Transformers, but I can appreciate it and give credit when credit is due. I particularly enjoyed the scene with the flying dragon. The light and the colours were perfect, it almost looked real.

The story, well, it was the end of the Harry Potter saga and it ended well. I am now curious if there is going to be any sort of sequel, or what they will be doing with it. The cow must be milked!

Anyway, for anyone in the mood for some fantasy, I would definitely recommend it. Wouldn’t say in a mood for happy times, as the story is gloomy, pretty much like the first part.

An afternoon at Rutland Water