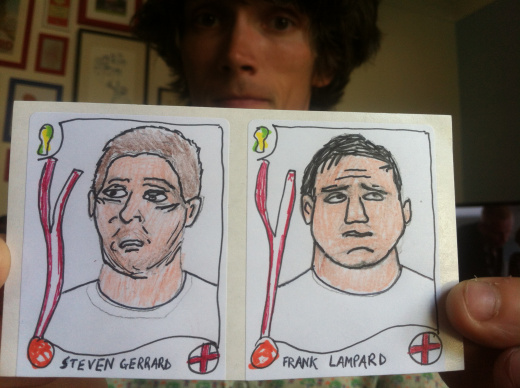 “With apologies to Frank in particular, and to art in general.”

Some of you may have already heard about Panini Cheapskates, a very funny blog started by a couple of friends, Alex and Sian (or a friendly couple, or couple friend, you get what I mean). When I say you may, I’m not exaggerating – they’ve been featured in the online edition of the Guardian more than once, the BBC, as well as in several online publications around the world, from Iran to Mexico.

I’ve been watching this all unfold on Alex’s Facebook page and it’s been quite an interesting thing to see, especially if you’re in the social media and blogging business. So, what’s Panini Cheapskates all about? Alex collected World Cup Panini stickers when he was a kid in 1994, but didn’t manage to finish the album. It costs money, you see? So move forward to 2014, it’s still expensive, so why not draw them? What a great idea, with hilarious results. You can read it in more detail here. 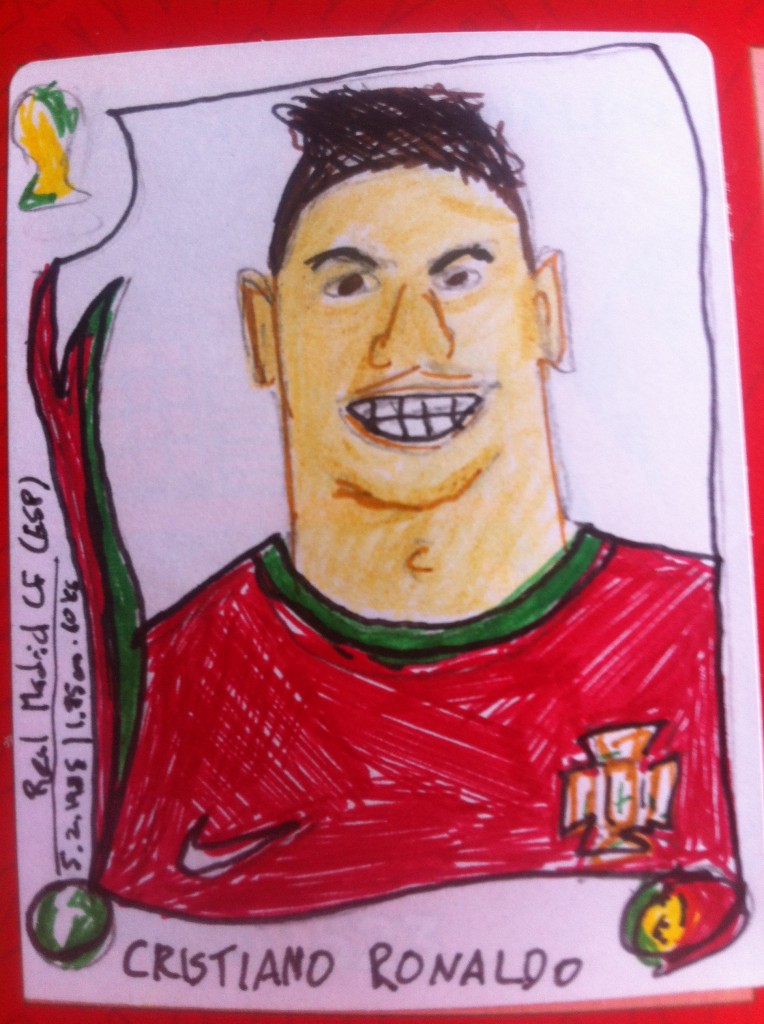 What makes this interesting, besides being funny as hell? This blog was started on the 12th of June… and has amassed to the present day over 61,000 hits! In around a fortnight…now that’s an accomplishment! I was curious to know how they’ve done it, so I asked Alex:

“On the first day, the Guardian were running a live blog building up to the first game of the World Cup. So I emailed them, telling them what we were doing, they liked it and put a link to it in their live blog. Within a couple of hours we had 1000-2000 hits. I started the Twitter feed at the same time so I could constantly update with pictures more often than the blog (which I updated one to three times a day at the beginning, just once a day now). I kept Googling our twitter handle and the blog URL to find instances of people sharing it around the web, and if possible tried to give thanks wherever appropriate. Whenever we get a new follower, I try and tweet them with a “Hello” and a picture too. They tend to RT that, which in turn brings in more followers I guess. I’d never used Twitter till this month, it’s been a crash course!”.

A crash course that clearly worked! What lessons can other bloggers take from this? Panini Cheapskates is a great example how a great idea, combined with a good sense of opportunity can really take off and become viral.

I don’t know if there are any plans to carry on doing it in 4 years, but for now and while the current World Cup lasts, follow them on the blog or on Twitter.

How to Mix Patterns

“How many shoes do you have?”