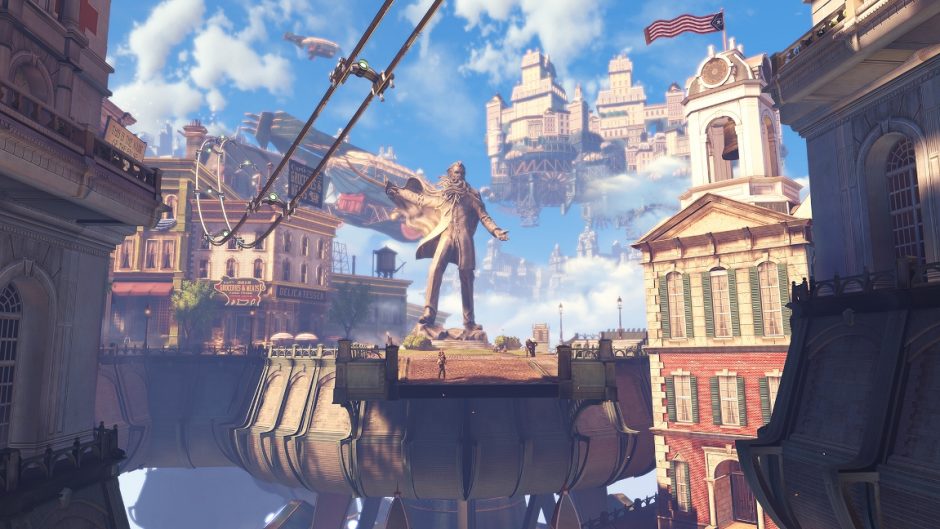 Video games are some of the most underrated examples on the planet of terrific art. Perhaps because art isn’t necessarily the primary focus, we tend to let it wash over us and instead focus solely on the process of a game, or its prevailing image or atmosphere. But in everything from individual scenes to cover art, video games can really display some stunning work. So in this post I’ll look at some great examples across various types of games – specifically with an eye toward street art inspiration.

This game has been in the works for quite some time for PlayStation 4, and is now finally on the cusp of release. And the latest gameplay trailer shows that it’s still every bit as gorgeous as it looked when it was first teased. This game presents a realistic enough version of New York that it’s liable to have its own street art. But any creative artist could also use Spider-Man action shots to inspire awesome street murals. Nothing looks quite as cool in a city as a cleverly rendered painting of Spider-Man doing his thing.

BioShock Infinite is old news at this point, but it’s still arguably the most visually inventive console game of the last decade. And its steampunk/sci-fi blend of intrigue could turn any average city wall into a wonderland. Frankly, cities would be a lot cooler if street artists were inspired by this game in particular.

Perhaps a little bit lesser-known, the Jekyll and Hyde slot game actually does an incredible job of portraying Victorian gothic visuals in an interesting and replicable way. Capturing something of mankind’s dark side, the game focuses on the wickedness of Mr. Hyde and adds an almost ghostly element. Tales and games like this call to mind criminals from bygone eras stalking city streets, and bringing them to life in a similar visual style via street art would be a nice project.

If BioShock Infinite is the most visually significant console game of the decade, Limbo might have the honor in the mobile category. It’s a very dark game, but one that uses shadowy spaces to hint at monsters and danger without always making them explicitly visible – an interesting challenge for a street artist to take on, for sure.

5. Creatures Such As We

Appearing on a list of iOS mobile games that are like interactive art, Creatures Such As We is labeled “a philosophical interactive romance novel.” It’s more specifically a text-based adventure, but the art – concerning people on a moon tourism colony – is beautifully rendered. It’s simple enough that a skilled street artist could accomplish something similar in a matter of hours, yet almost inexplicably deep and moving.

Be your own hero – U Star Novels review