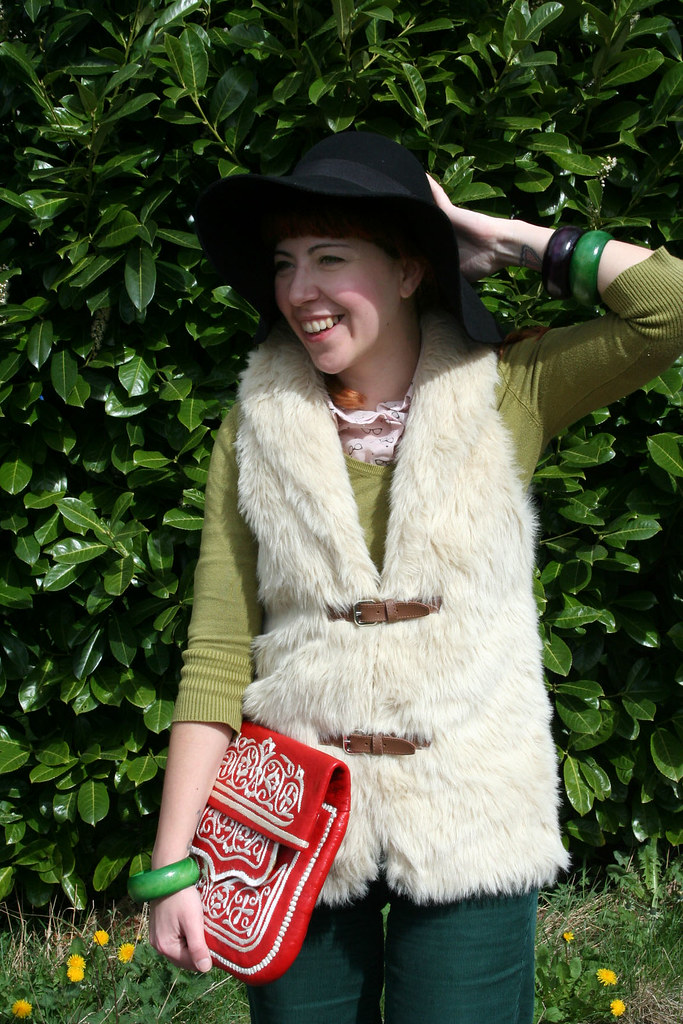 I’ve always thought the 70’s got too much of a bad rep. Yeah, sometimes the home decors were a bit too brown and some clothes a bit over the top and in a bad way. I still don’t think we should throw away a whole decade because of a few faux pas. I mean, why do we think we are so stylish? I always wonder what our descendants will say about the see-through legging trend… I sincerely think it’s a lot worse than many of the 70’s styles. When I look at the Cholas by Irregular Choice (worn below), all I can think of is 70’s. Look at them and at the amazing shoe adverts below. Aren’t they amazing? 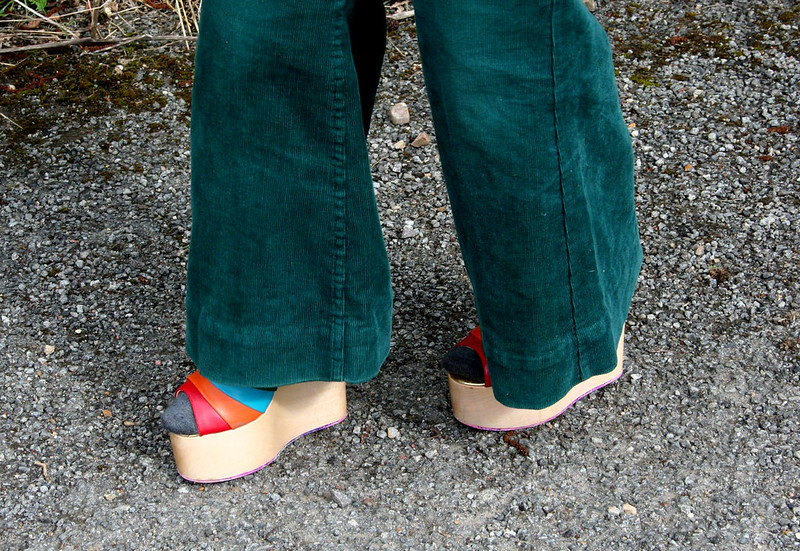 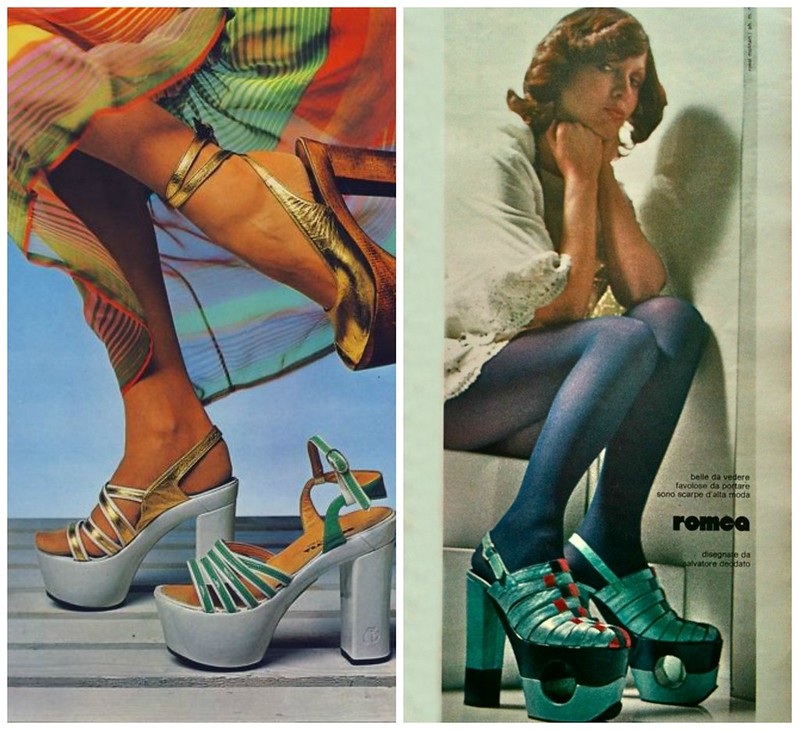 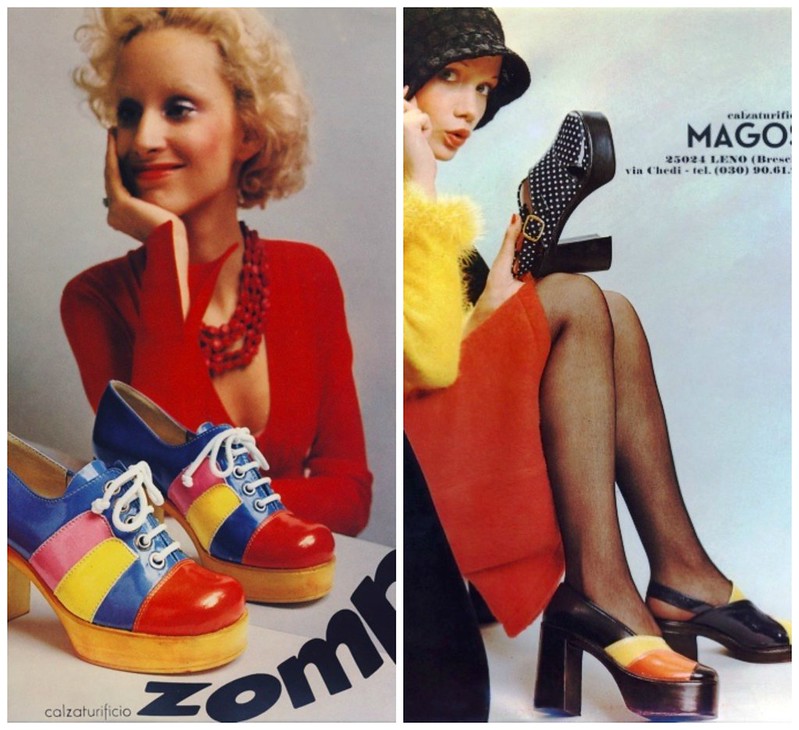 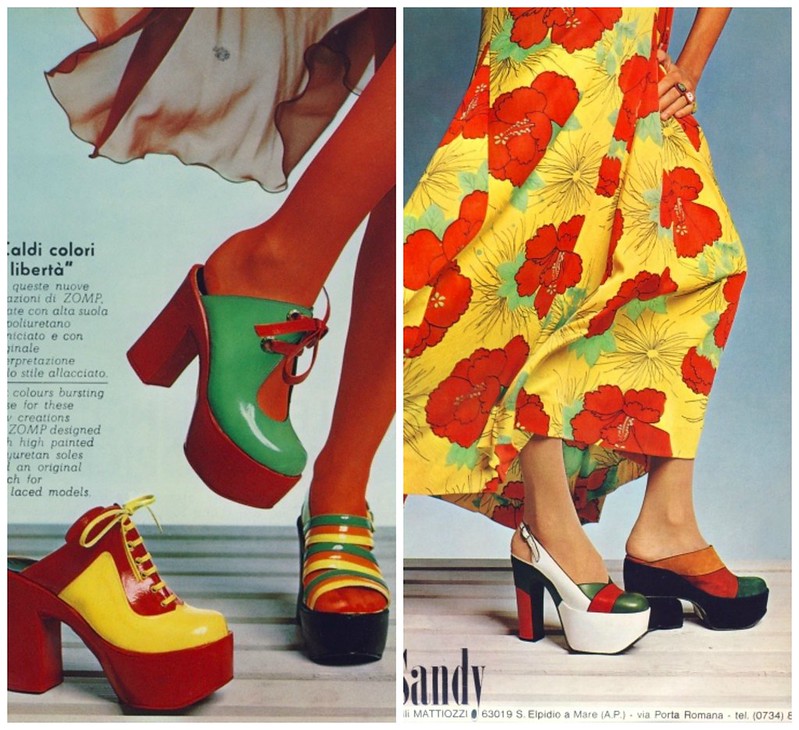 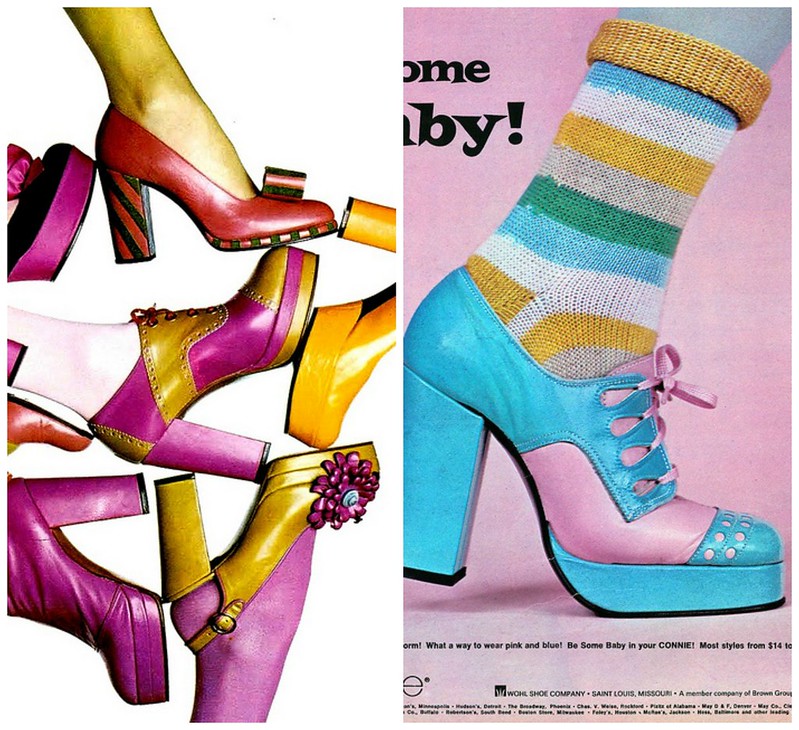 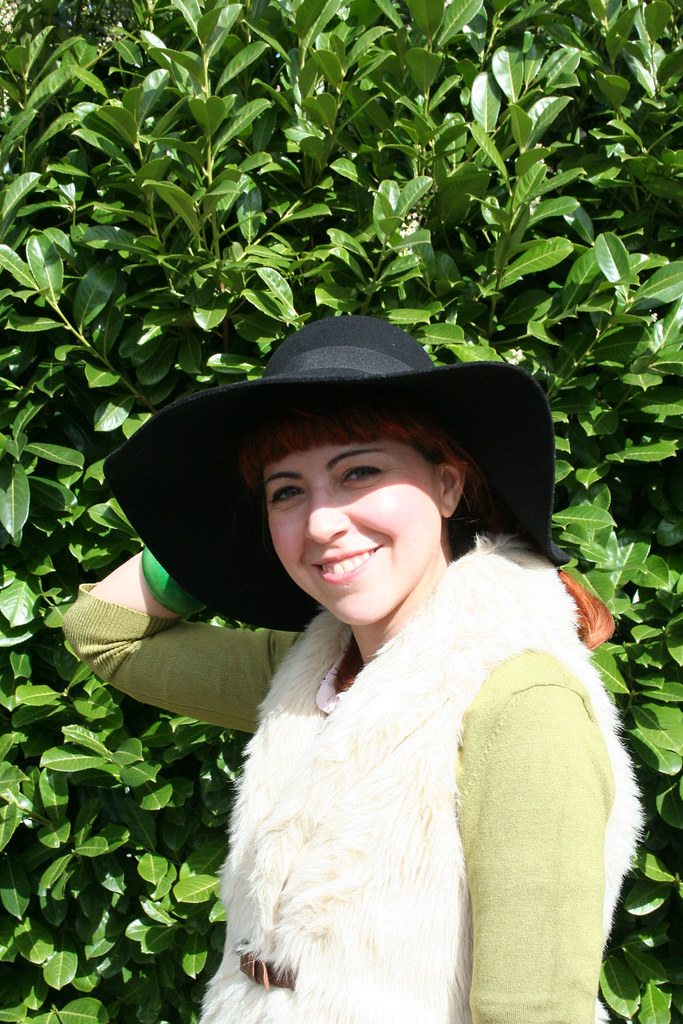 To what I believe was my workmates amusement and giggles, I wore this 70’s style ensemble to the office, complete with the I-can-barely-walk shoes. I still like the outfit though… Mind you that I had to keep the hat in place with my hand as the wind never stopped. I realized that is why I rarely wear it! 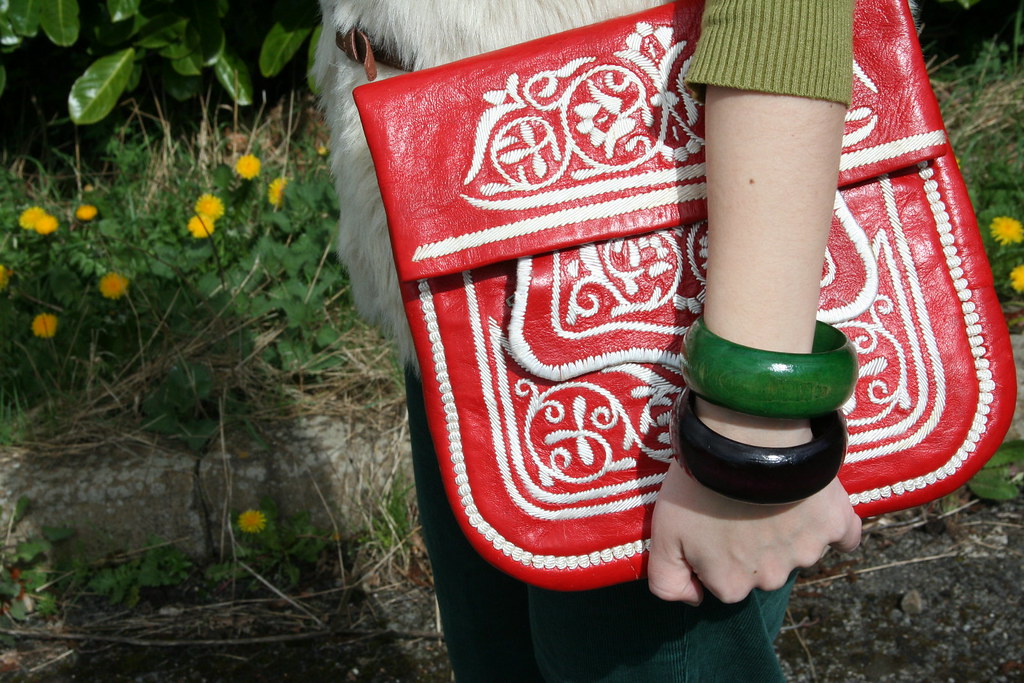 There’s a funny story about this bag. When I went to Morocco I decided I wanted to try and find a bag just like the one I’d been playing with at my grandparent’s when I was a kid. It was a bag someone had brought back from Morocco for my Mum back in the 60’s but somehow I have no idea what happened to it. It didn’t take too long. One day as I was walking down the souk I found it and of course, I had to get it. 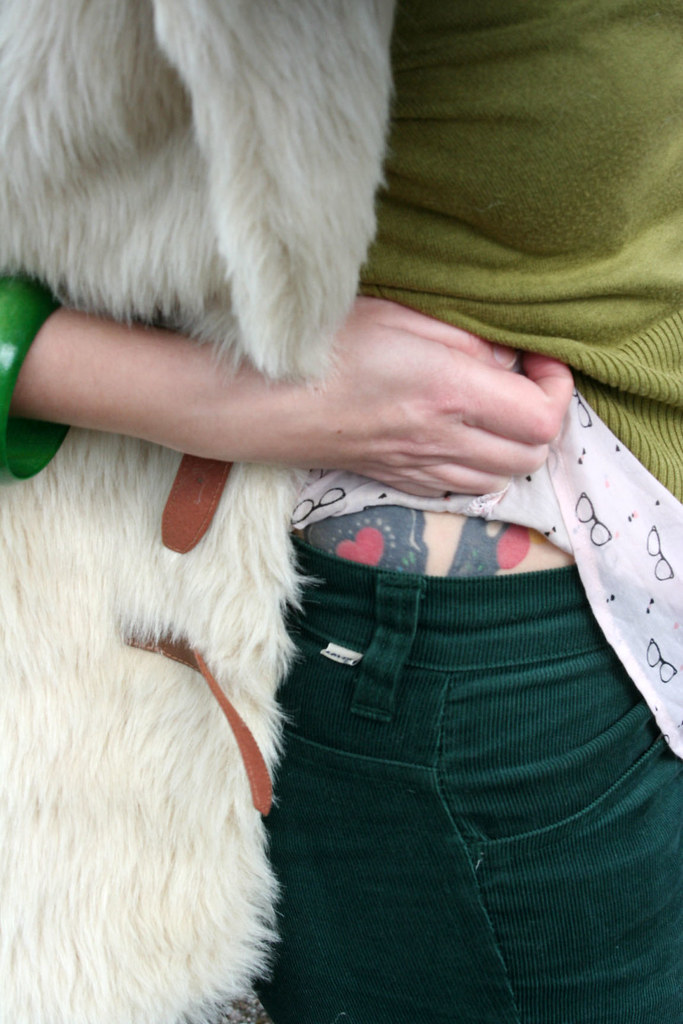 One of my current TV loves is undoubtedly American Horror Story Coven. I would venture to say that in my opinion, this has been the best season of the series so far. Too bad that it’ll be the last… As I love the styling in the series, I thought I’d bring out the items in my closet that resemble the outfits on TV and had me some fun in the dark! “What was that sound?” A little bit of soul

Maelcum Soul is an obscure character that I found out about in John Waters’ book Shock Value (I’ve written about it here). She was one of the original Dreamlanders (the group of people that participated in the making of John Waters’ films) and a great influence on him. ‘The descriptions on his book made me want to look her up as she sounded like a true original.

Maelcum Soul was her real name, and I was in total awe of her, until she dropped dead of old age in her twenty-seventh year, in 1968. Maelcum was the most astonishing bohemian I’ve ever known, and she influenced my twisted vision of how women should look more than any film, book, or painting. She was Baltimore’s top artist’s model and hostess/barmaid in the best bar in town – Martick’s. Maelcum’s everyday life was a self-promoted confrontation with the world. She’d walk down the street, and a riot would break out. She had maroon hair, wore chalk-white face powder, ten pairs of fake eyelashes, and more eye makeup than any girl has ever worn anywhere in the United States. Her trademarks were the eight-point star she drew on her cheek and the gobs of glue she used to fasten her spit curls to her face. Her clothes were the most theatrical imaginable, and she looked like this every day, every hour. She was a woman female impersonator. Only twice did I see her without her “look” and that was deep in the private bowels of her home. I was shocked to see how normal she looked underneath this incredible disguise.

Wouldn’t you want to see what she looked like after all this?  This was a lady that did vintage before vintage was mainstream and dared to go out to the pharmacist in green face make up. Crazy? Maybe a little, who knows? One thing is certain, this was creativity, this was art. I researched it online and couldn’t find many photos but the few I did (and the ones on the short video on the bottom of this post) give an  idea of her style and beauty. She was taken from this world at a young age and in a tragic way. I thought I’d put a little outfit together inspired by her – it’s my little tip of the (floppy) hat to another creative soul. Outfit details: Dress – H&M (via Ebay), Floppy hat – H&M (I brought it from Portugal, not very practical when you’re flying!), Flower belt – H&M (from the sale items I got last Thursday), Bracelets – River Island (got them the first time I went to Nottingham after I moved to England), Shoes – Irregular Choice (via Ebay)

I’m linking this up to Patti’s Visible Monday as there is nothing that makes anyone more visible than their creativity and personality (a big floppy hat also helps).