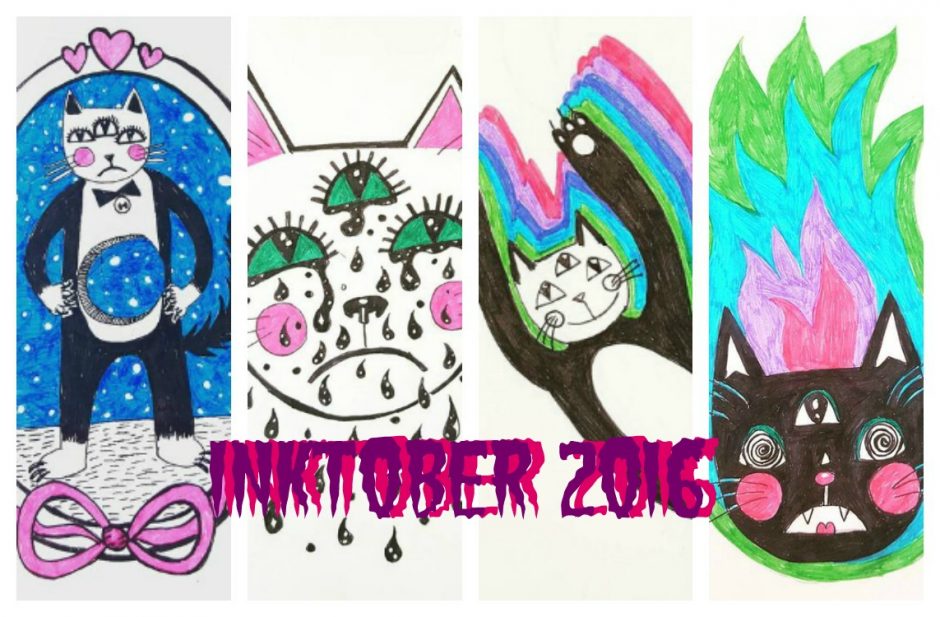 It’s a drawing challenge, lasting the whole month of October, where you create an artwork every day. There is a list of prompts to use and the only rule is that you must use ink. This is but only one of the drawing challenges running on Instagram over the month of October. It was the first time I’ve ever done anything like it and I enjoyed it a lot! Unfortunately, I wasn’t able to always publish a doodle on its set day but I managed to complete the challenge and do all 31 doodles.

If you fancy seeing all the bits I did, click to go after the jump!

END_OF_DOCUMENT_TOKEN_TO_BE_REPLACED

The Joy of Personalising your Objects 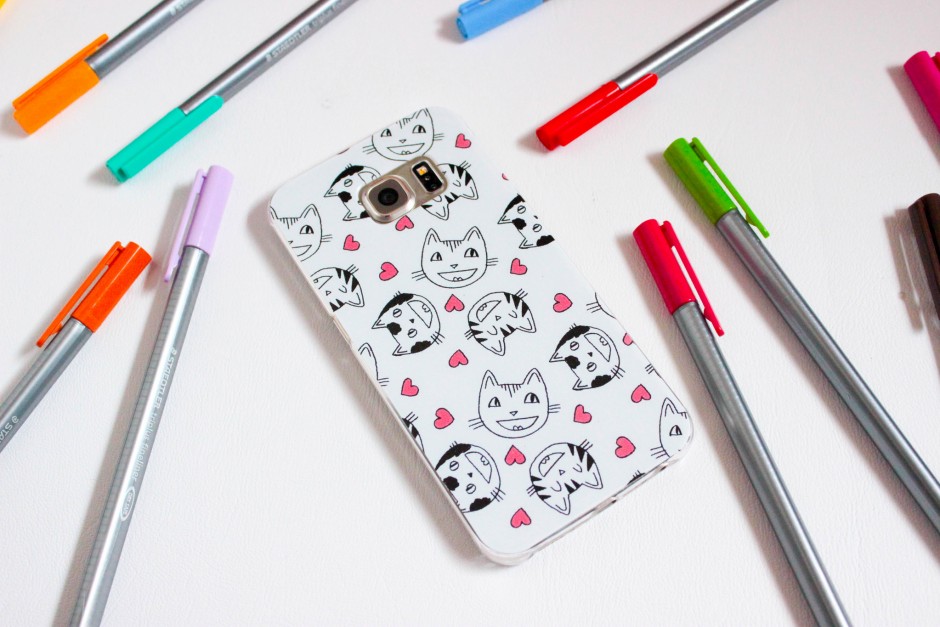 How do you like my new phone cover? I’m absolutely in love with it. Not because it’s covered in cats (which is always great) or just because I drew those (which for me, is even better). The reason I love it is because how receiving it in the post made me feel.

For those who don’t know, I used to dabble in illustration, I even published a few pieces in a few magazines in Portugal, almost 20 years ago. I also worked as a colourist both in animation and comics and then work dried out and I was forced to get a “real job”. that doesn’t mean that I don’t miss those days and every time I visit an exhibition or a festival or something, it still makes me feel sad that I haven’t been able to pursue a career in art/illustration. 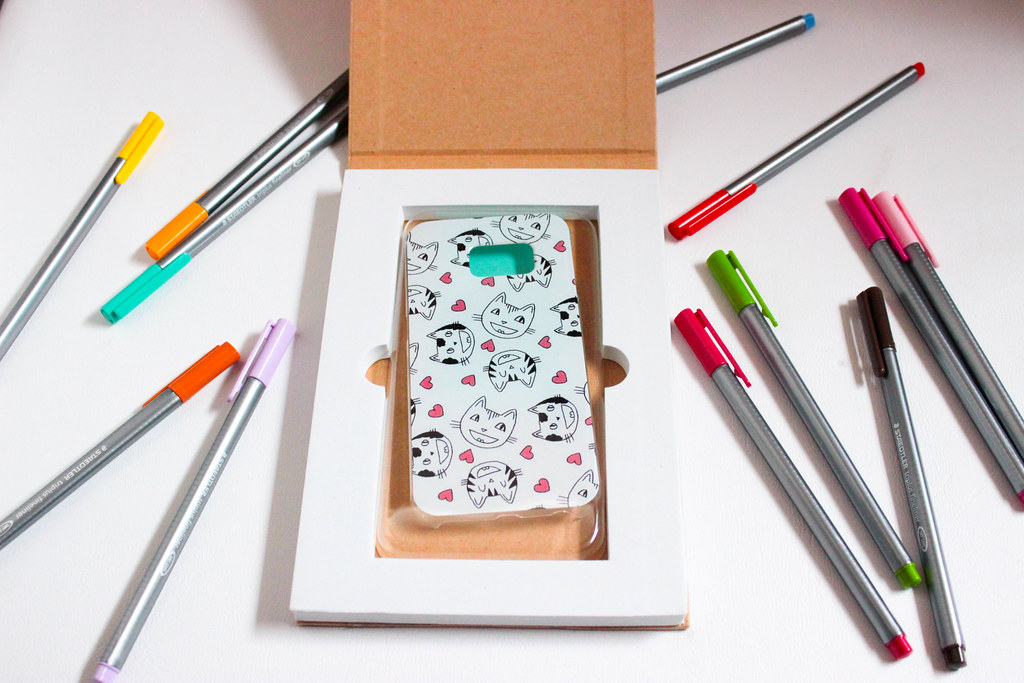 I sometimes wonder what it would be like if I could start a small business on the side, selling a few of my wares and drawings but somehow I never feel like they are good enough. It might be all in my head, because when I was offered a personalised case from Casetify and I showed the mockup around, I had some really good feedback. Now that I’ve received it in the post, it makes me love it even more, because I can really see my drawings looking good printed and it’s an incentive to actually do more of this. It might be a while, because after all, I have a full-time job and there are a lot of things that need to be handled in the meantime, but for now I will say, “watch this space”. 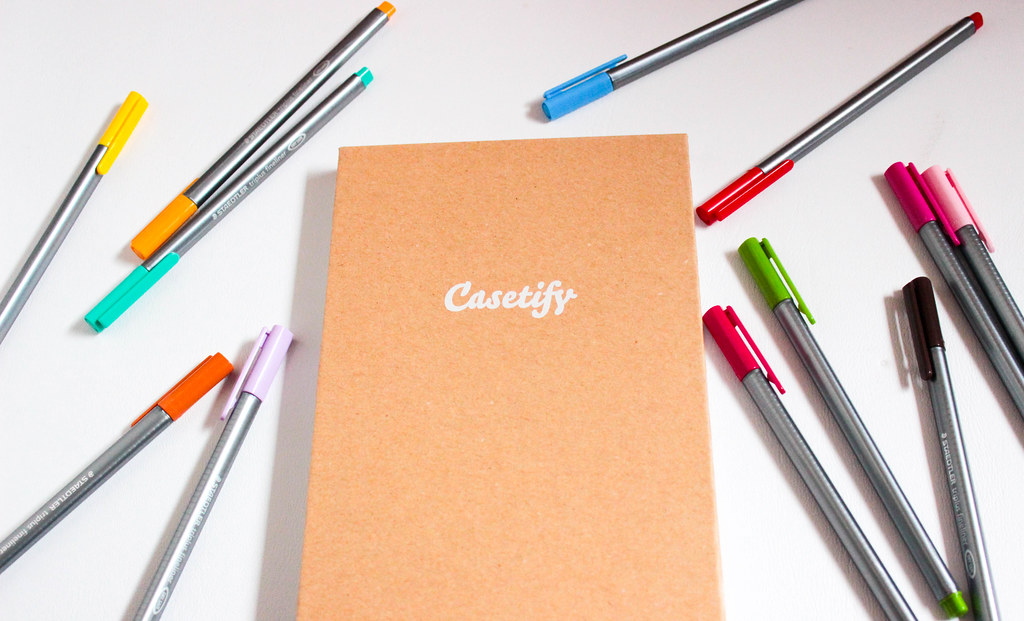 I have received the personalised case courtesy of Casetify, for my Samsung Galaxy S6 and it was delivered in a good quality protective box. The website interface is easy to navigate and I managed to select and apply my design very quickly and easily. The service isn’t too fast but it’s worth it, to wait for a good quality case that nobody else will have! 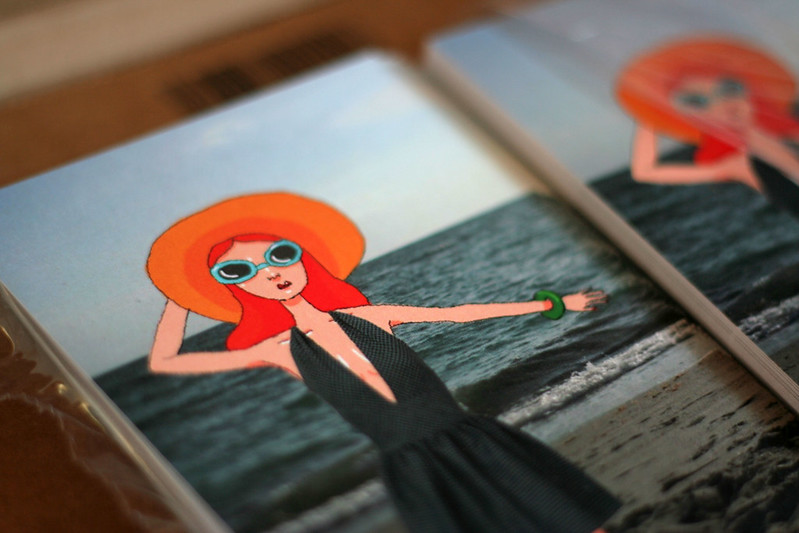 Recently I was approached by Printed.com, a company that specialises in… you guessed it, printing services.

I picked the option of having some postcards printed and was offered 100 opf them to try the service. You can also have a great variety of other things printed, such as wedding invites, business cards, stickers, posters and a few other things. 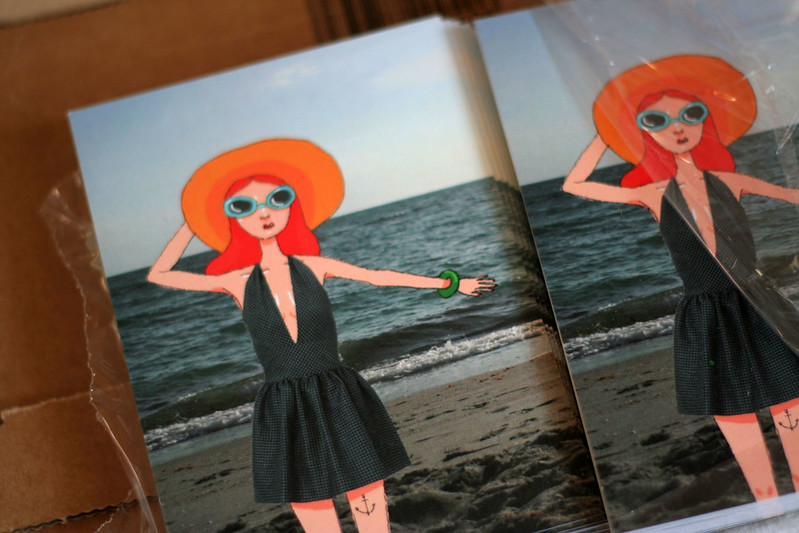 The registration process is really quick. Then all you have to do is upload your image and pick the type of paper you want, the finish, etc. Sooo simple! I picked a drawing of mine that you might have seen already here on the blog and in a couple of days, they were delivered. The quality is good, and they came very well packaged. 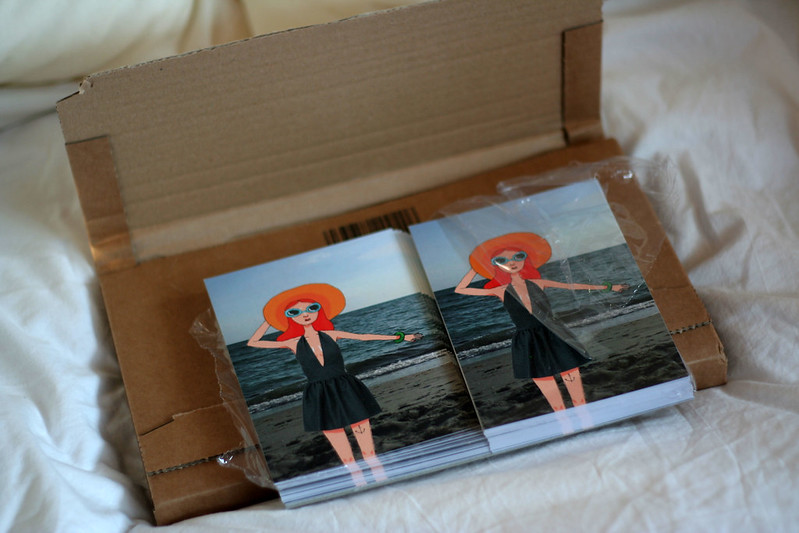 Printed.com really live up to their slogan – “Click, Print, Deliver”. Two thumbs up from me! 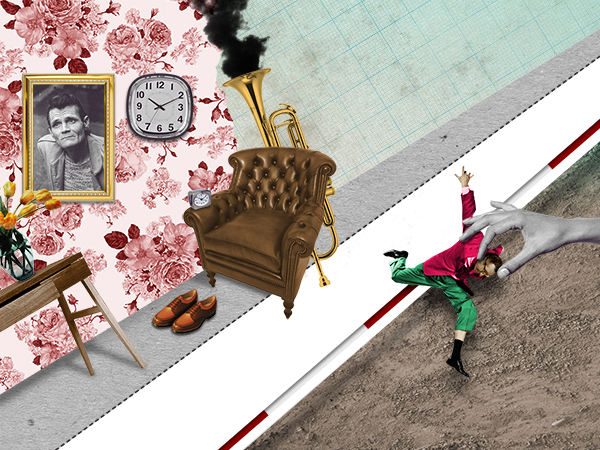 I met Diogo Freitas recently on a night out in London- we are both Portuguese and we have mutual friends. As I’m interested in illustration I immediately reacted like a little meerkat when he mentioned that’s what he was doing. We exchanged contact details and agreed to do a short interview for Hello The Mushroom, so here it is. I love Diogo’s collages, they are very surrealist and the Portuguese references on some of the work makes it especially dear to my heart. I hope you enjoy them as much as I did.

What made you want to change your career from design to illustration?

First of all, I’m not sure if I can refer to myself as someone who aimed for a career in graphic design in the first place. Choosing graphic design as a potential professional occupation, though, was a conscious decision at the time I started the BA in Visual Design in Lisbon as I was sure about my need to communicate through images since I was a child. Still, as time passed by – and due to professional experience in the field – I soon realised that from a market point of view, the design process fails to neglect the sense of authorship of the designers themselves and they end up becoming technicians of a much wider universe that they cannot control through their work.

I’ve never expected to be an exceptional graphic designer either because I’ve always been aware that you can’t be among the best if you don’t believe you’re actually one of the best and so I also knew that at some point I’d have to give a nudge to my career in order to have a voice through the images I produce. In that sense, illustration offers me the chance of digging into a much deeper sense of opinion and personality and I still get the chance to communicate through someone else’s words, making the years of graphic design that I have behind my back an important source of experience and accuracy when it comes to finding a bridge between creativity and objectivity. 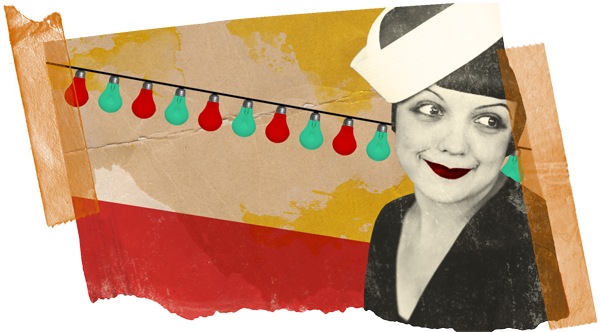 What is your main source of inspiration?

I’ve always been attracted to the idea of how objects’ significations can change based on the era and the context they originally belong to. It’s funny to realise how Kubrick’s interpretation of the year 2001 is even more futuristic than the reality we faced about 13 years ago or how Frank Lloyd Wright imagined Broadacre as an apotheosis of the modern city…

I feel like my most basic creative instincts are based on self-appropriation of pre-existing images and the will to attribute them a new conceptual context by crossing elements from different sources and creating an interaction between them. A shampoo ad from the 50’s is as much of a mockery target today as reality tv will be in the future. This is a process of semiotic readaptation in itself – almost like natural selection, in a sense.

Anyway, I like my work to be self-explanatory in order for it to be as concise as possible and avoid parallel interpretations. In that sense, I guess I’m still ‘designing’ in a way. I don’t consider myself as being an artist. 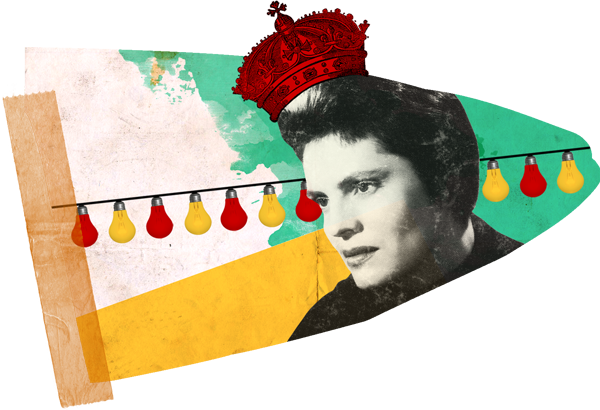 What would be your dream job in illustration?

Do as much CD/Vinyl covers as I can (do you hear me Sufjan Stevens?) and illustrate an Alain de Botton’s feature in a magazine. He’s the ultimate genius.

How long have you been in the UK for and what do you miss the most about Portugal?

It’s been 2 years and a half now. I miss my family and some of my best friends I left behind but I most definitely miss the fact that Portugal is a country where everything is much more reachable. If living in Lisbon, you can get to the beach in about 20 minutes and the sudden change of scenario can be quite inspiring and stimulating, especially for someone like me who needs some battery recharging and thinking gaps from time to time. I guess that coming from a small island plays a major part in that process – the idea of being isolated has never scared me. In fact, being away from London is therapeutic in a way and every time I get back I feel like a new range of possibilities are ahead of me.

What’s your favourite place in London?

This is such a difficult and unfair question…! But well, if I really need to be honest then Columbia Road (E2 7RG) is the answer. For too many whys, whats and whens.

What is the advice you’d give to anyone wanting to change their career into illustration?

First of all, never doubt of your potential. There will always be someone better than you but there will also be someone who’s potentially much worse. The more you read, discover and contact with other fellow illustrators, the more you get conscious about the industry and how can you fit in whether through your style or approach. Everyone has something that defines themselves – it’s just a matter of being available for some self-analysis.

Find out more of Diogo Freita’s work on his website here. 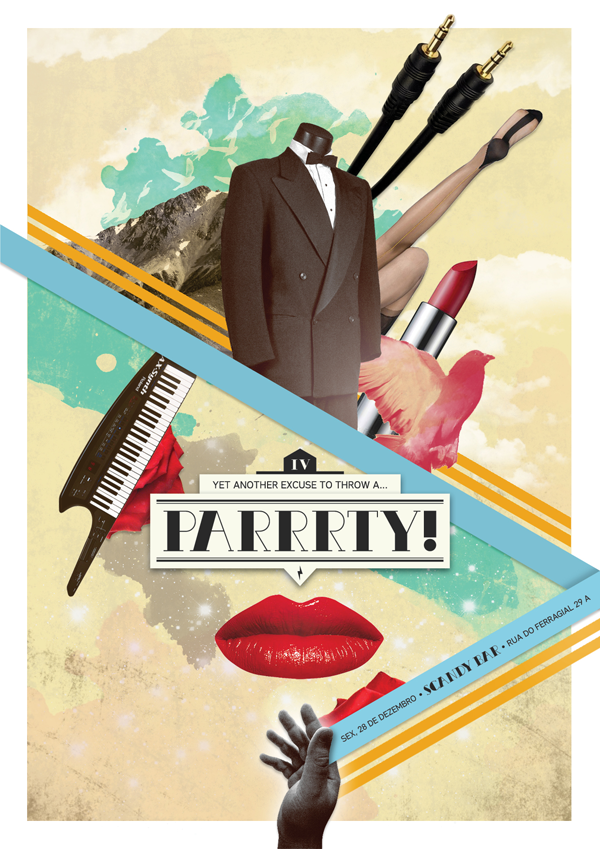 Avenue 32 contacted me once again to have a look at the cute collections they have on there, and this time the chosen one to be part of my illustrations was Giles Deacon. I really loved the lipsy prints from this collection – I mean, how could I not love them? They’re quirky and pink!

For those who don’t know, Giles Deacon is a British fashion designer who has worked with many well-known brands, such as Prada, Bottega Veneta, Castelbajac, you name it. He’s a regular at the London Fashion Week and you can check some of his most recent collections at the LFW website. Make sure you look at the SS15 collection, I’m loving all the flamingos!