Over the past week the films I’ve watched happened to be Spanish. Didn’t do it on purpose, it was just a funny coincidence. 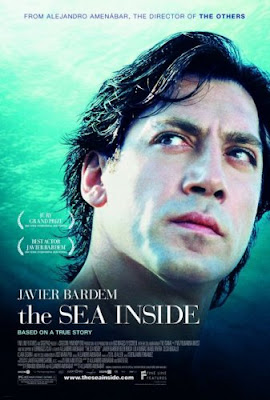 The first one was Mar Adentro (2010), or The Sea Inside in English. Directed by Alejandro Aménabar and starring Javier Bardem (hubba hubba) as Ramón Sampedro, a Galician who fought for euthanasia and his right to die. I remember him quite well from the news, as his story was quite well known in Portugal as well, and would be shown on the news. He became a quadriplegic in his early 20’s when he dove in a shallow part of the sea… After that and for 28 years, he reclaimed the right to die with dignity and for assisted suicide, as he was unable to commit it himself. A very heavy film but very moving as well. A must watch, but beware that it is a bit of a tear jerker. 8 waves out of 10 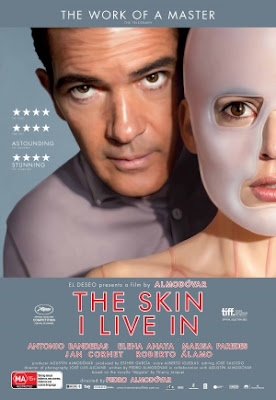 La Piel que Habito (2011) or The Skin I Live In by Pedro Almodóvar, must be (for me at least) the most bizarre of his films. Even stranger than Entre Tinieblas (Dark Habits in English), as the story takes a completely unexpected turn. The characters are, as usual very tragic and dramatic, but a bit more contained than previous films, in my opinion. It is the story of a plastic surgeon who, after losing his wife and his daughter to suicide, is experimenting with a transgenic technique on a live human subject. When the film flashbacks into the past we then understand the hows and whys, but I don’t want to get into too much detail as not to spoil it. 7 scalpels out of 10

I did find an alternative poster for it that I actual like more: 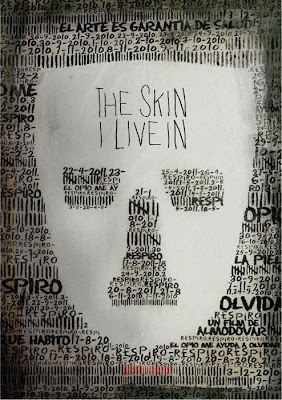 And the last one was: 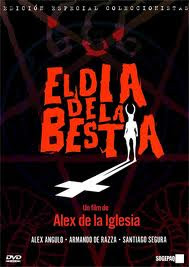 El Dia de la Bestia (1995), the Day of the Beast, in English, directed by Alex de la Iglesia. This is a horror film in which a scholarly priest discovers the Devil is supposed to be born again on Christmas day in Madrid and embarks on a journey to try and stop it. He figures that he must start doing evil things, so the devil trusts him and he can sell him his soul, so he can get closer to be able to stop him. It is really funny, to see him in his long cassock, running around stealing things an being naughty. In that endeavour he meets José Maria, a slob of a metal head and Cavan, an occult tv show presenter who did it for the fame and fortune, but had to start believing what he had been preaching. It is a fun film, very well paced and produced, even if the few special effects are a bit dated. One gets too accustomed to good CGI, I suppose. 6 horns out of 10