Take me to the movies: Julie Delpy

It seems like I end up watching films in a short period of time with something in common. This time I have watched films starring Julie Delpy and romantic ones at that. She is a natural beauty and a talented French actress, if you don’t know what she looks like here she is: 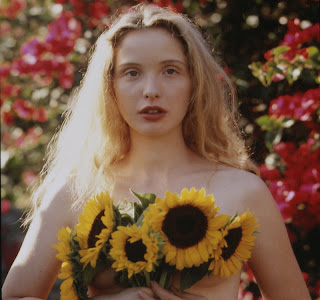 So here are the films I have watched in the last few days. I recommend all of them as they are all extremely romantic but in a clever way and not exactly rom coms. (one funny detail I noticed- the same actors that play her parents in 2 Days in Paris also appear as her neighbours in Before Sunset) 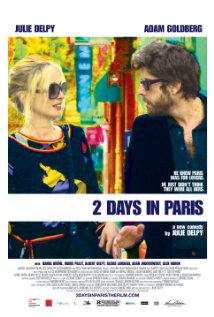 
I see it as a film about getting to know the person you have fallen in love with. Marion and Jack go to Paris, Marion’s hometown. Jack is American and they have met in the US, so they go to Paris to meet her family and end up bumping into a few of her ex boyfriends. Jack now knows of Marion’s past and feels bothered about it. This put an interesting idea in my head that you don’t really know someone until you’ve seen them in their element. Any thoughts on this?
The sequel 2 Days in New York has just come out, I can’t wait to see it.


To sum up the four hours of discusion that followed, it’s not easy being in  a relationship.. Much less to truly know the other one and accept them as they are with all their flaws and baggage. Jack confessed to me his fear of being rejected if I truly knew him; if he showed himself totally bare to me. Jack realized after two years of being with me that he didn’ t know me at all.. Nor did I know him. And to truly love each other, we needed to know the truth about each other, even if it’s not so easy to take. So I told him the truth, which was I had never cheated on him and I also told him that I had just seen Mathieu that afternoon. He did not get mad at me because nothing had happened, of course. I confessed to Jack that the thoughest thing for me was to decide to be with someone for good. The idea that this is it.. I’ m going to spend the rest of my life with, to decide that I will make the effort to stay and work things out and not run off the minute there is a problem, is very difficult for me. I told him I could not be for just one man for the rest of my life. It was a lie, but I said it anyway.. He asked me if I thought I was a squirrel collecting men like nuts to put away for a cold winters. I thought it was quite funny. Then he said something that hurt my feelings. The tone changed drastically. Then I misunderstood what he was saying. I thought he meant he didn’ t love me anymore and that he wanted to break up. It allways fascinates me how people go from loving you madly to nothing at all. Nothing..  It hurts so much. When I feel someone is going to leave me, I have a tendency to break up first before I get to hear the whole thing. Here it is.. One more one less. Another wasted love story. I really loved this one. When I thing that it’ s over, that I’ ll never see him again like this – Well, yes, I’ll bump into him. We’ll meet our new boyfriend and girlfriend, act as we’ d never been together. Then we’ll slowly think of each other less and less, until we’ll forget each other complitely. Almost. Always the same thing for me: break up, break down. Drink up, fool around. meet one guy, then another. fuck around to forget the one and only. Then after a few months of total emptiness, start to look again for true love. Desperately look everywhere and after two years of loneliness meet a new love and swear it is the one – until that one is gone as well. There’s a moment in life, where you can’ t recover anymore from another breakup. And even if this person bugs you 60% of the time – well, you still can’ t live without him. And even if he wakes you up every day but sneezing right in your face, well, you love his sneezes more than anyone else’s kisses.


Unbelievable how it took me so long to watch this film. Celine and Jesse meet on a train, hop off and spend an amazingly romantic night together wandering the streets of Vienna, only to separate and get on with their lives once Celine gets on her train back to Paris. It was all so beautiful and romantic, that there was something in my eye when I was watching them say goodbye.


I watched this film at the time it came out, and even though it was the sequel to Before Sunrise which I had never watched, I still enjoyed it. I didn’t remember all that much about it though, so I thought it was important to watch both films together and complete the story in my mind.
Basically Celine and Jesse meet almost 10 years after their most romantic night and do a little catch up while strolling the streets of Paris. They are both older and discuss the memories from their night together, their lives, how that particular night affected them. The film ends up rather unsurprisingly over a cup of tea with Nina Simone playing in the background.


Much Love and Romance to everyone! xx

Some more London for yous (part 4)