My team and I at the office will possibly be the silliest group of people to work together in the same room. It’s the conversations in broken German (don’t ask), the funny Borat accents (blame me for exaggerating my non British accent as a joke and it has caught on)… But the top of the pops was when we all became hospital staff… to a plant.

Doris is a money plant that was rescued from another department, she had been over watered and was left at one corner to die. She was brought to the observation room. A couple of days later her limbs were starting to go limp. Dr David was called to diagnose: ‘We need to operate and very soon’.

Becca made us all paper Nurse and Dr hats to match our new functions (no one really comes in our room, but it would’ve been fun to see the look on other people’s faces when seeing 6 or 7 people working at their desks with paper hats with red crosses*) and Doris was moved to the operating room. Surgery was performed with no incidents and some limbs were cut off, to be replanted. Doris was then moved to recovery and her daughters re-potted.

*(except for Nathan, his hat had a big J for Jester on it) Mine is Luella, Lolita is Becca’s and Bo belongs to Chloe. You see, I tell no lie – we did have paper hats! (not my best photo but then I look like a dork most of the time anyway). This is what I wore on that day (photographed later that day, when I was back at home). No big close ups as I have been feeling and looking tired. 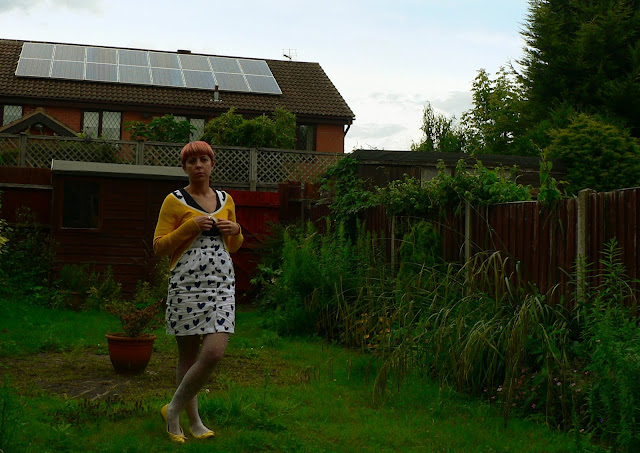 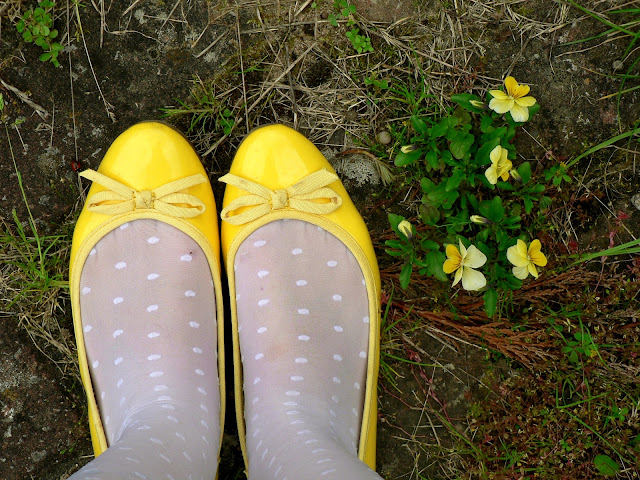 This was indeed a funny episode in our office life. It’s the crazy little bits like this that actually prevent us from going real crazy.
Have you got any funny office story to share?

Some of last week’s looks