Before I left to catch my flight back to England I spent 30 minutes with Henry Grossman in New York. The name might not ring an immediate bell but his subjects definitely will and I am sure that you have all seen some of his photos. His career spans through a great part of the 20th century and has been photographing every famous person on the planet ever since he picked up a camera while still studying in university. More on his bio here. 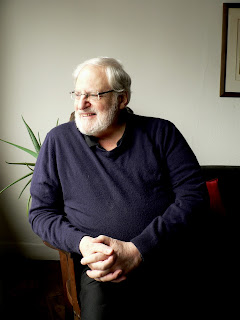 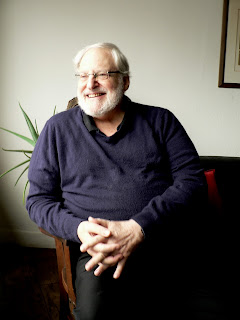 I had met Henry for the first time back in 2009 in New York, through mutual friends. At the time he showed me some of his work and some contact sheets he had lying around – photos of miscelaneous famous people, Elizabeth Taylor and Richard Burton’s wedding… as well as some of the Beatles photos, that were taken when they were recording Sgt Peppers album at Abbey Road studio, as this edition had just come out.

Since I am now close to London and will be visiting the exhibition that will be opening tomorrow with a different set of photos of the Beatles, my friends arranged a meeting so we could have a little chat about it.

Here is the transcript of part of this conversation, as my phone wasn’t playing ball as it should!

(We were talking at this point about how to get people to open up and how you can be surprised with the stories you may learn when you talk to regular people on the street. Henry mentioned an example of someone he spoke to and found out had been on death row for 20 years for a crime he did not commit.)

Some months ago I was volunteering at Oxfam and people would come into the shop and sometimes the books they bought were conversations starters. This one lady for example, was a Victorian garment specialist, these encounters can be very surprising and rewarding. A lot of the people can come across as boring and uninteresting, especially the younger ones around where I live.

The one thing I would say is one thing at a time one question at a time. When you are riding to the airport, maybe think in your mind if you were to meet someone who is 23 in your little town, what question could you ask them to get them talking about something they really like. 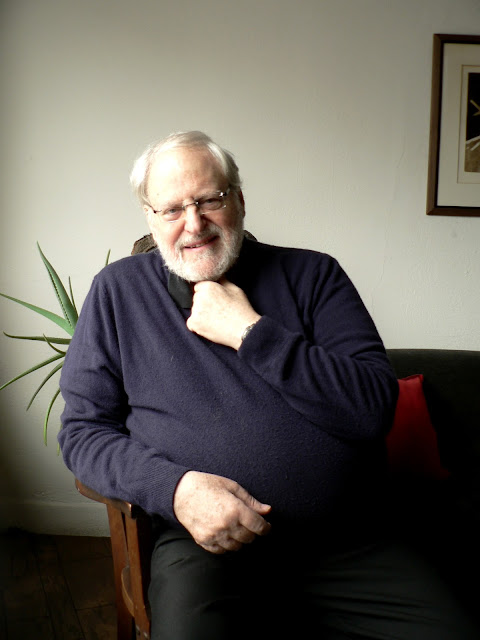 The other thing is… Look, maybe I shouldn’t be saying this but a number of times people love my passion when we are talking about photography and posing people and doing this kind of thing. I never think about it as a passion, but what most involves these people? “What if you had to be by yourself for a long time, what would you do?”. Just come up with a question that you can put away in your mind and then you can come up with other following questions. Strangely enough you will find that if you were to write a newspaper column for your local town paper… I thought that if I had no money and just a little brownie box camera I could go along and take pictures of fine houses and the people. Spend a lot of time on that and taking pictures; make a print in the dark room (in those days), sell the prints and gradually build up something.

I actually wanted to do something like that for the local paper, after working in the charity shop I realized not everyone around here was entirely uninteresting. Everyone says Grantham is dull and boring- it is, but not entirely. Every time I go out I carry my camera with me as there are always details that catch my eye that sometimes will go missed by the majority of people.

I have a friend who is a painter and is now also a photographer, she just published a book – she goes around photographing reflections on cars, buildings… Seeing these little details it’s fantastic and it’s opened my eyes a lot.

You were saying earlier that you have learned something about yourself when you saw your photos put together by someone else, new relationships between them. Do you feel there is a big difference between what you wanted to do when you started photographing and now?

Hmmm, that is a hard question to answer… 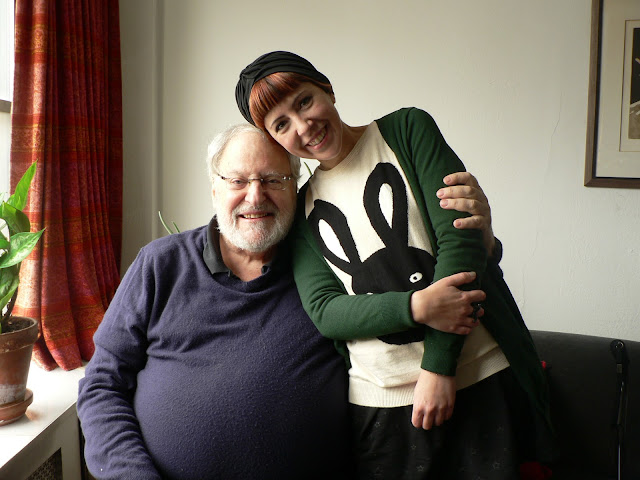 Not at all, when I was a boy I wanted to show people how good they looked. I don’t mean visually necessarily but what I saw in them, what I saw that shone through, I always like to get that and what pleases me when I look back at my old work is how much that still shows.
My father was an etcher, he did etchings, did portraits of Gandhi, Mussolini, from life on copper plates and then printed. So I grew up with that sort of portraiture. When I first started taking pictures for Time magazine they would run a photo, somebody would be on the news and I took pictures. I photographed Ben Gurion at Brandeis University when I was a student in New York. Took it to the New Yorker, took it to Newsweek and took it to Life Magazine. In Life Magazine there was this ruthless woman who was in charge and she said: ‘if you want to work for Life Magazine you need to show us 5 more interesting pictures. 5 less good pictures but more revealing of what is going on’. So I had to force myself to do that, to learn how to see what was going on. I forget who was the one that said ‘ an artist sees not only what a situation is but also what a situation is becoming and that way it becomes interesting to watch’. If you go to the Museum of Natural History and you see a stuffed lion ready to pounce and you look and look and you suddenly walk away. If you saw a real lion like that you would sense the intensity of the situation and would sit there and look at it for a long time because there is intention behind it. You recognize that. That is what a good photographer sees a lot. Revealing is a good word.

Anyway, 5 more storytelling pictures was what I had to do to learn to work to Life Magazine and over a couple of years I started dabbling and that’s what I ended up doing and I wasn’t posing pictures, very rarely I did posing pictures, I didn’t ask them to pose. I wish now I had posed more pictures to get them to look a certain way.

A young kid asked me when I was exhibiting in Washington about 3 years ago ‘you didn’t have digital then did you?’ and I said ‘no’. ‘If you had had digital then what would you have done?’. I looked at him and said ‘I would have taken a lot more pictures’. But you see, sometimes you only are given a chance to shoot 3 pictures with a president or somebody, you know? I was photographing president Johnson in his office, the Oval Office in the White House and my appointment got from the morning to the afternoon. My light was going and we started opening the windows, the light wasn’t good so I took him across the room to where the light was. ‘Mr President, that speech you made this morning was fantastic when you said bla bla bla’ and he melted and sat down on the chair and leaned in and then in 2 minutes I got perfect pictures, these strong yet gentle pictures, it was all the time I had, I wouldn’t have had time to set up lights.

Sometimes the unexpected can also lead to some very interesting results, isn’t it? 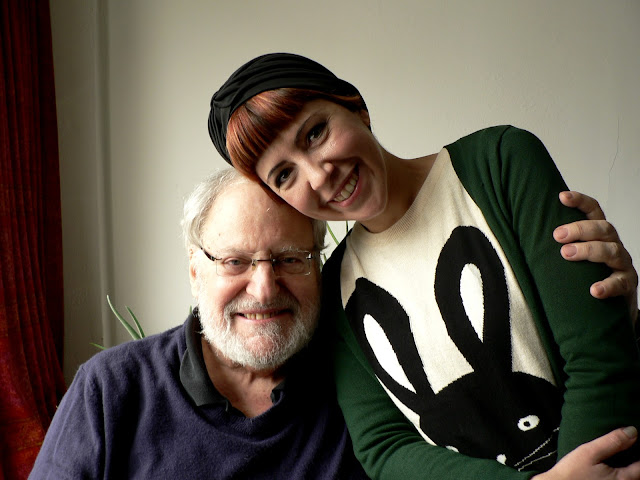 Yes, exactly! It can even be beautiful.

I went to Wales to photograph the boys, the Beatles with the Maharishi. That’s what I expected to do but incidentally I got pictures of them having dinner in the kitchen in a house in Wales, all seated around the table, John pouring tea and stuff like this. I never expected to get that. Who ever saw that before?

Yes, all those private moments…

I have pictures of John sitting on the floor with his son Julian who must have been half 2 years old, almost 3 years old, playing.

I’m very looking forward to seeing the exhibition in London, the last time I saw you you showed me the other book. I’m curious to see these other photos, showing a more human side, not just the musicians.

There are a couple of surprises in this book, pictures of people you didn’t expect to see, that is interesting and exciting. The book is going to be an expensive one, only available on the web in a limited edition. Later on it will come out in a different edition, maybe more accessible. (See it here)

I sure hope so!

Yeah, I wouldn’t be able to buy it myself (laughter). However for people who really love the Beatles and have to know everything about them is a must have collectors edition.

What type of photography do you enjoy doing today?

I photograph dress rehearsals at the Metropolitan Opera. I know so many of the singers and I love being there. I used to shoot a lot of theatre, the Broadway and the such because I wanted to become an actor. I love doing portraits, I like it all! Pretty women… 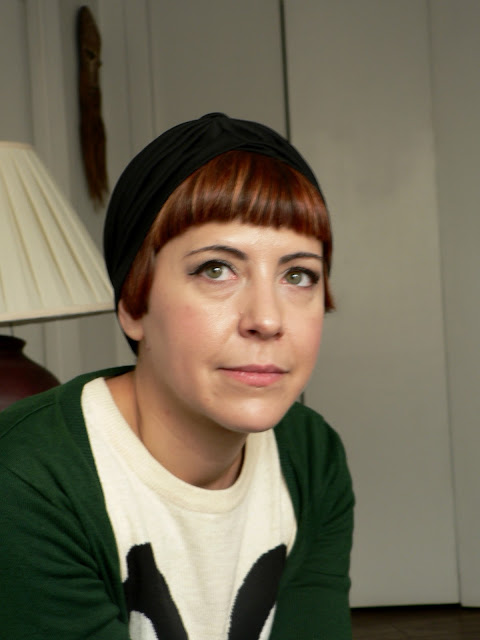 You know when I took a picture of you I said I don’t need anything from you and I saw an expression that was very interesting to me, you’ll see in the photograph, I hope. how fast it is to get something as simple as that, it’s lovely. Time magazine sent me to photograph Rita Tishingham, a British actress and I was enchanted with her eyes when I was photographing her at her hotel here in New York. I went back to the magazine, I couldn’t wait to see the contact sheets and when I saw them I was looking at where were those pictures. I almost couldn’t find them because I was so enamoured of what I saw in the eyes that I forgot all the rest…

At this point I had to leave as I had a plane to catch back to England… the conversation was very interesting and I wish I had all the bits. Maybe next year or so we can continue!

Thanks to Henry Grossman for his time and to my friends for making it possible.

If you are in London over the next couple of weeks don’t forget to stop by at the exhibition, see all the details below: 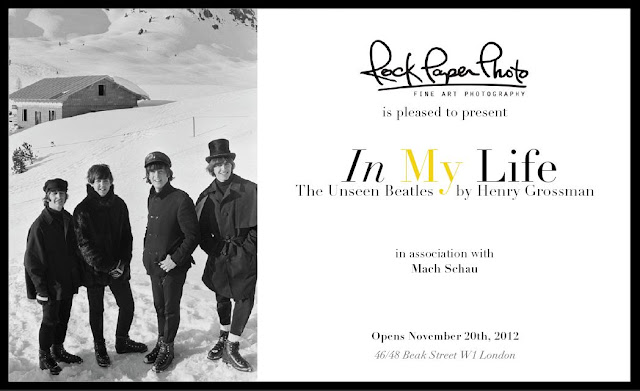 I won’t be missing it!
Edit: Henry was interviewed for CBS’ 60 Minutes
Henry GrossmanHistoryinterviewmeet and greetphotographythe BeatlesUnseen Beatles

A tourist in my hometown

The week in photos.