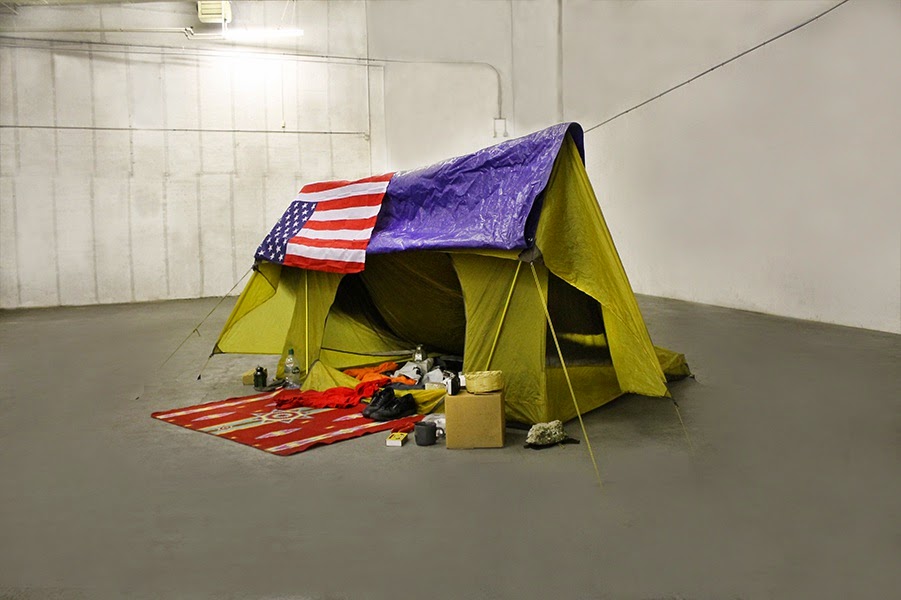 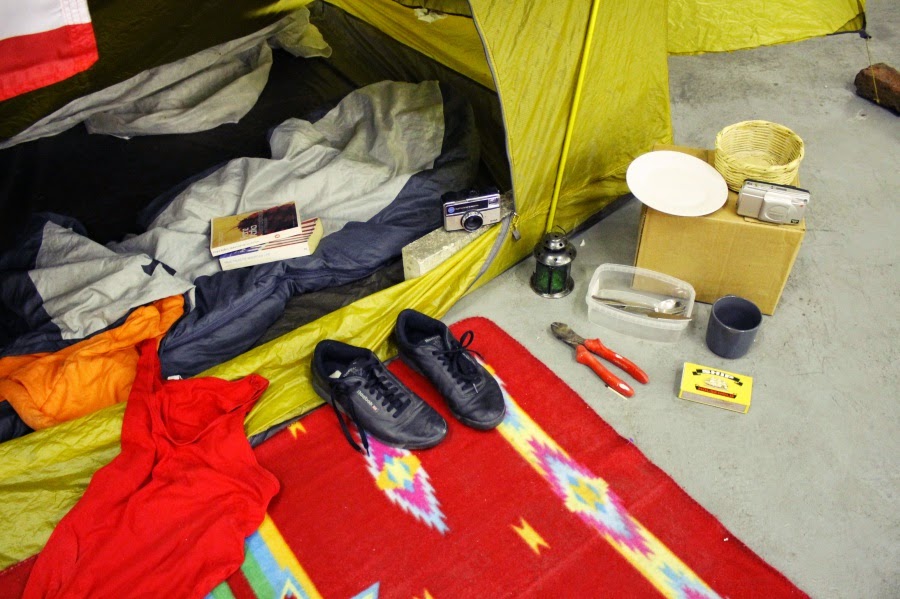 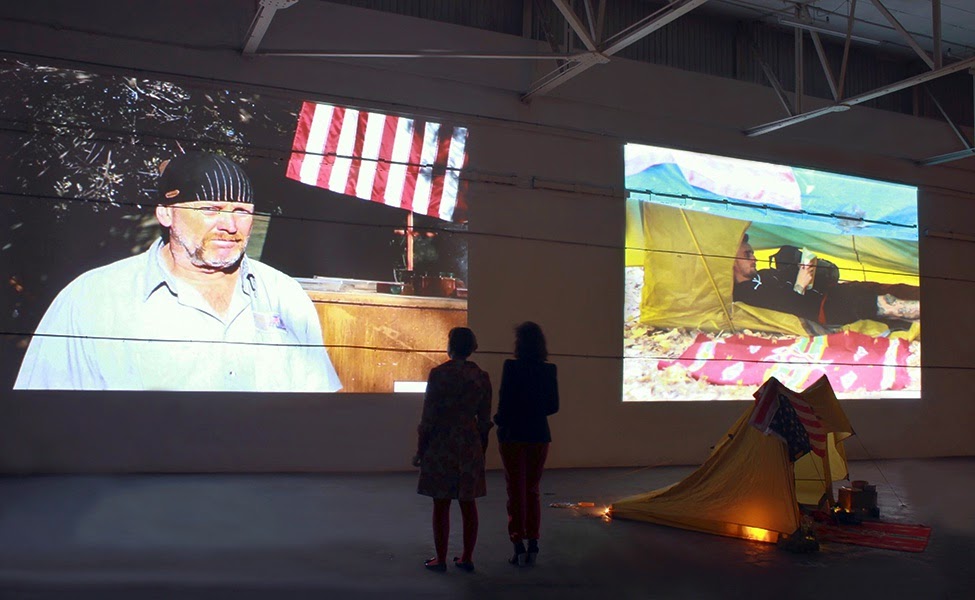 The other week I attended the exhibition Failure of the American Dream by Phil America, curated by friend and fellow blogger Victoria Villasana (AKA Syle Marmalade). Here’s a short description of the project, from Victoria’s blog:

“This pop-up exhibition was presented with video installations, where Phil America draws the audience into a dangerous month of living far below the poverty line, this time in San Jose’s The Jungle, America’s largest Tent City; In this piece, Phil lives each day with its residents and learns to defend himself in an autonomous society where its residents are surrounded with violence and despair on a daily basis the video was accompanied by a sculptural installation of his tent and belongings  which Phil America relied on during a month inside Silicon Valley’s ‘jungle camp’ where hundreds of homeless live in tents, caves and tree huts.”

Sadly, too many live in these conditions in the world, not just in America. The problem here is that America is one of the richest countries in the world and yet there’s so much poverty that people choose to ignore or pretend it doesn’t exist. It isn’t just all Hollywood glamour and to me this is one of the scariest things about the US and one of the reasons I had decided I didn’t want to o live there with Mr D. How is it possible that so many people still resist access to medical care or even basic help is beyond me.

The people portrayed here are real, they’re not part of a movie set and it’s interesting how to me, the presence of the tent makes it somehow more real. More tangible. The projected images are not just a film. They are real people and that reality is brought forward by the presence of a material object that was part of it. Shocking. As it should be.