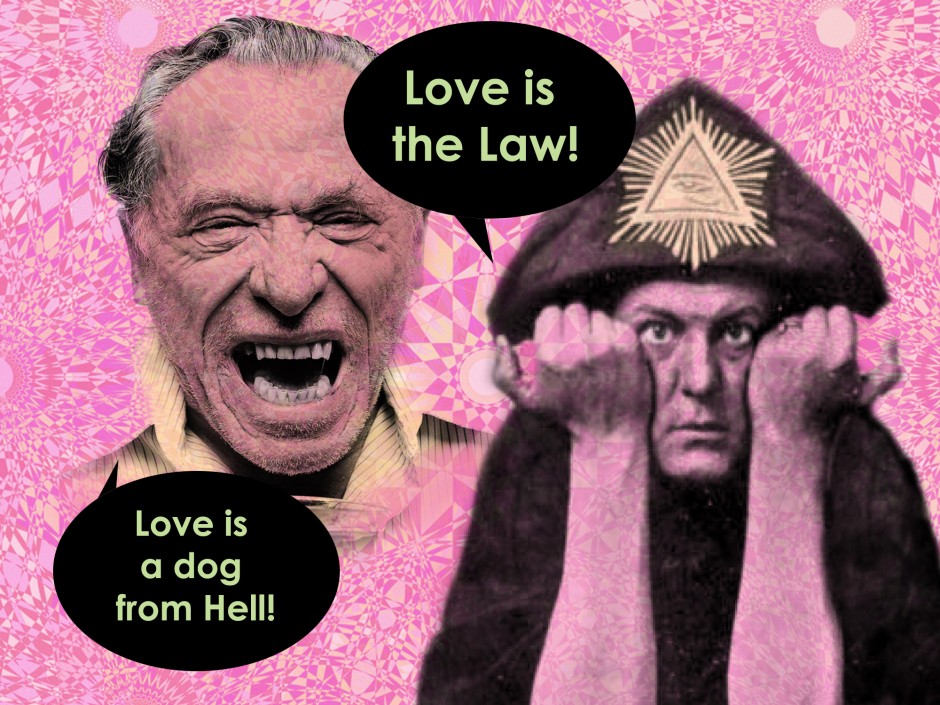 It’s hard to do a “best of” list, there’s always too many things that I love and take pleasure in. Books, films and TV series, there’s been quite a few this year (as every other year, really). Because sometimes I have a scatter brain and so many changes happened this year (moving to London, etc), I’m focusing mainly on things that I’ve seen in the last 6 months. Everything else I saw before is a bit fuzzy, I must say. So, without further ado, here are my favourites.

The truth is, I haven’t been reading quite enough lately, although reading on my Kindle app on the phone does make it a lot easier on those long rides on the tube to the other side of town, which is all I seem to do on my spare time, really. That and babbling incessantly on social media and the blog, it seems. As such, I don’t think I have read enough books this year but I would definitely say that some of my favourite two were “The Captain is out to lunch and the sailors have taken over” by Charles Bukowski and “Aleister Crowley – Magick, Rock and Roll and the wickedest man in the World” by Gary Lachman.

The first writer, Charles Bukowski, I think needs no introductions as he is these days something of a household name. This particular book I read was a present from my friend Andrea, who sent it to me when we exchanged gifts a while ago and it was illustrated by Robert Crumb, another fabulous artist. It’s a selection of short texts (wouldn’t call them stories), as written by CB on his diary, covering life, women, poets, weird characters at the racetrack and getting old, all written in an alcoholic haze. A definite must read.

Gary Lachman isn’t so well known as CB, particularly as a writer – his most famous endeavours were actually done from behind the bass guitar in the world famous band Blondie. This particular title, reviews his personal history as to how and when he got acquainted with the work by AC and how he went from being an admirer to becoming a harsh critic. He then proceeds to talk about AC’s personal history and life happenings, in a very critical fashion. I appreciated this book and despite also enjoying AC’s writings and antics, I didn’t mind all the criticism. I believe it is valid and at the same time, I believe AC’s flaws and character (or lack thereof, in some circumstances) contribute to him being such an interesting person. Unlike most religious leaders of the world (I’ll call him that, for lack of better word), he doesn’t project the image of perfection or sainthood.

Runner Up: “One Three One” by Julian Cope. Drugs, Sardinia and ancient magical stone circles. I still can’t tell if this is the work of a genius or a madman.

Finding Vivian Maier – If you haven’t been acquainted with Vivian Maier’s photography yet, I urge you to get onto Google immediately and have a look. Her work surfaced a couple of years ago and the story behind it is as fascinating as her street photography. A very reserved nanny with a hobby that those around her didn’t know much about, she never made her pictures public until a box of negatives was bought at an estate auction, prompting a search for the amazing artist behind them. The documentary tells us her story, her quirks and shows the person behind the camera. I found it to be extremely inspiring and made me want to go out and take photos all the time.

Nymphomaniac part 1 and 2 – Lars Von Trier is one of those directors that you either love or hate, sometimes both at the same time. The thing is, it is hard to be indifferent to his work. These particular films, as hard and difficult to watch as they are – everything is raw and quite explicit as well – particularly because they deal with female sexuality in a brutal way. Charlotte Gainsbourgh plays a woman who is addicted to sex, telling her story to Stellan Skarsgard, after he finds her beaten up in an alley. I liked these films because they made me think for days after I watched them, as there is a lot still to be said for the way female sexuality is perceived. Lars Von Trier has the reputation for being a bit of a misogynist pig but I didn’t quite see that in this film.

Runner Up: The Imitation Game – Definitely something to watch with an interesting script, based on a true story- about Alan Turing and how he built the first machine that could be called a computer (or as they were called then, Turing machines). Exciting plot, and great performances by the main actors. Also, Benedict Cumberbatch. Need I say more?

Bojack Horseman – I’m an idiot for animation. Call me childish or whatever you want but I just do. Having worked in animation in the past also may have something to do with it. What can I say about Bojack Horseman? Only that it’s one of the most surprising animations series I’ve seen recently. It’s the story of a hasbeen Hollywood 90’s sitcom actor, who’s a horse, whose nemesis is a Labrador dog, who dates a cat but falls in love with the dog’s girlfriend, who’s a human. It sounds complicated and mixing humans with antropomorphic animals can be a bit tricky sometimes, but strangely enough, it works. I’m a huge Family Guy and American Dad fan and to be honest, I was expecting something similar but it isn’t. It is tremendously funny but it also takes some dark turns as Bojack sinks into depression, so it’s nothing like any of Seth MacFarlane’s productions. This is a Netflix production, so if you have a subscription, don’t miss out. Extra: the Bojack Horseman Christmas Special – what would be the Horsing Around Christmas episode.

Marco Polo – Just finished watching this (again, Netflix) production, telling the story of (take a wild guess here), Marco Polo. This was Netflix’s response to Game of Thrones and if it’s able to compete or not I really can’t say as I haven’t been keeping up with Game of Thrones (sacrilege!). I enjoyed watching it, the actors are competent, plenty of attractive people and beautiful costumes and scenery. There’s been some criticism to the series, with claims of it not being historically accurate, too sexy (again to compete with HBO’s massively successful series) and some more, but I found it to be gripping and extremely entertaining.

Runner Up – American Horror Story: Freakshow – I’ve talked about my love of AHS before and it’s no surprise that I’m enjoying the new installment as well. This time it is set in a Freakshow, complete with circus tents and amazing outfits (I have a thing for the circus aesthetic, maybe because I’m a clown, badum tisshhhh). The story isn’t always perfect but some other moments in my opinion make up for it – like when Elsa Mars (played by Jessica Lange) sings David Bowie or the costumes she wears (1930’s anyone?). I’m not putting it as one of my favourites because this season still hasn’t finished yet, so there is still time to be disappointed.

How about you? What were your favourites this year?