As I mentioned in yesterday’s post, I ended up visiting the Imperial War Museum by mere accident, as I was in the area and it was ridiculously cold. It turned out to be a great idea, not because I managed to hide away from the elements but also because I had a lot of fun. As I mentioned before I am a fan of militaria and derive a lot of inspiration from such garments, so this visit ended up being full of eye candy.

Regardless of what one’s feelings are about war, it’s well worth a visit, for the sheer quality and interestingness of the historical objects on display. Won’t you see what my favourites were? 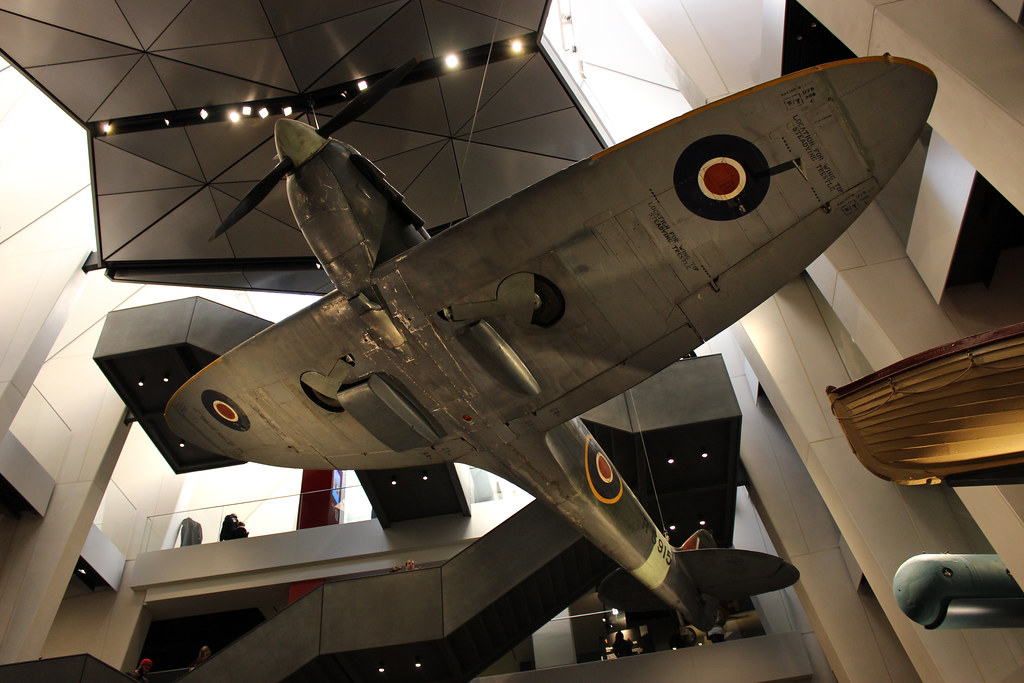 My favourite part of the museum were the First World War galleries, recently been inaugurated to mark the centenary of WW1. The only problem with these, in my opinion, was that the sheer number of visitors made it hard to look at the interactive displays. Other than that, the quantity and quality of the objects on display was fantastic. 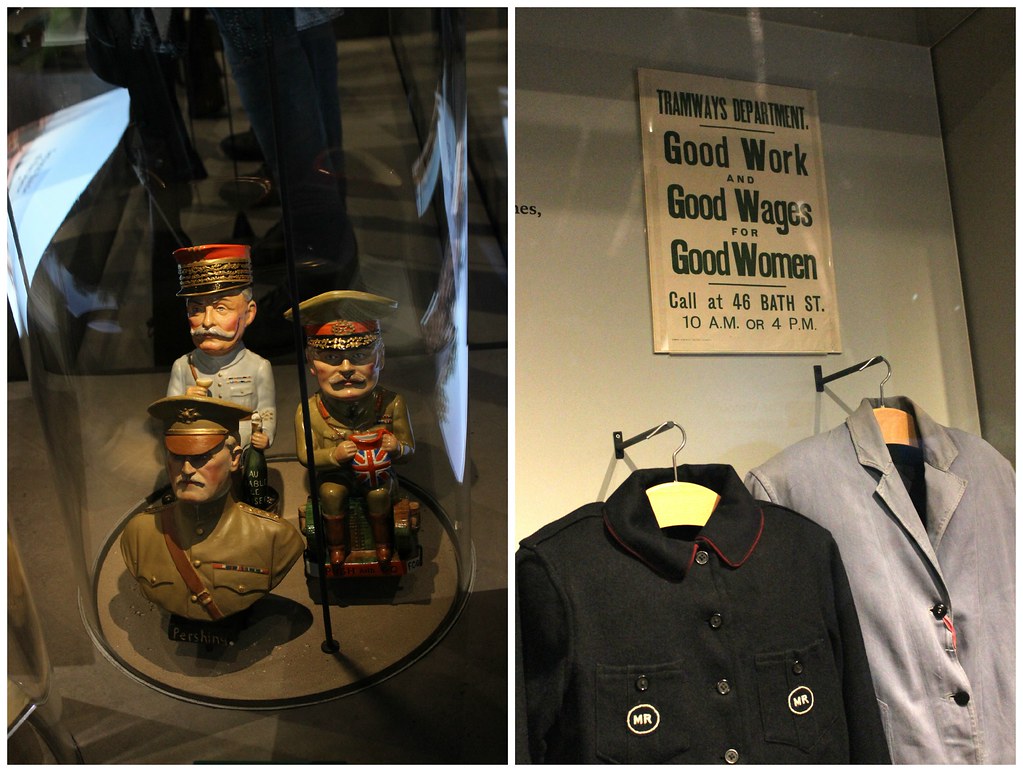 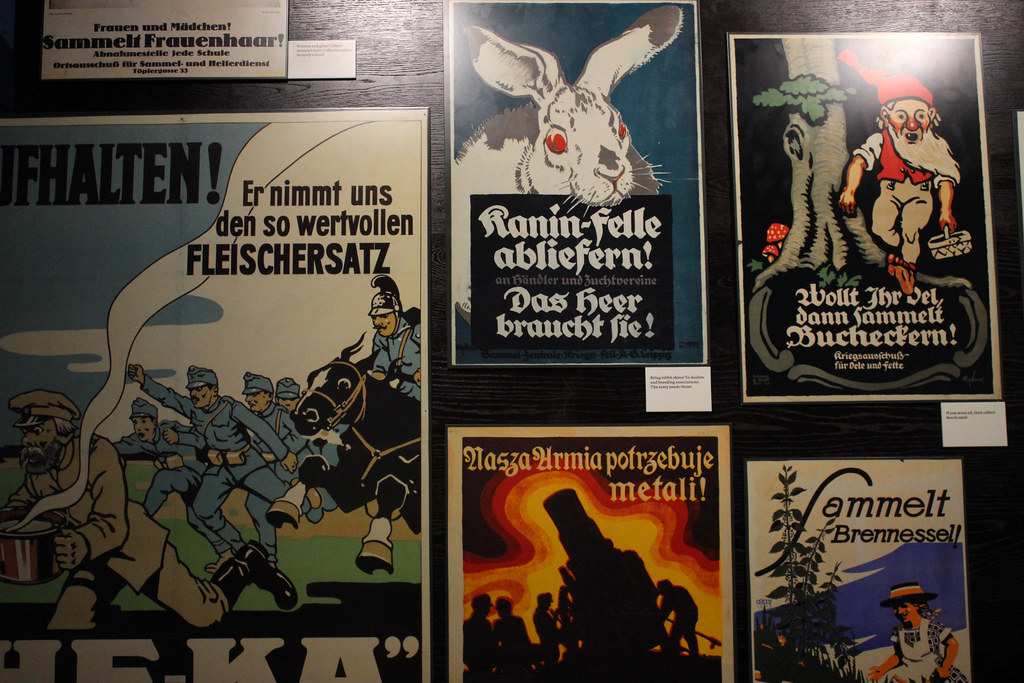 Some German propaganda posters of the time, the bold graphics are extremely attractive and colourful. 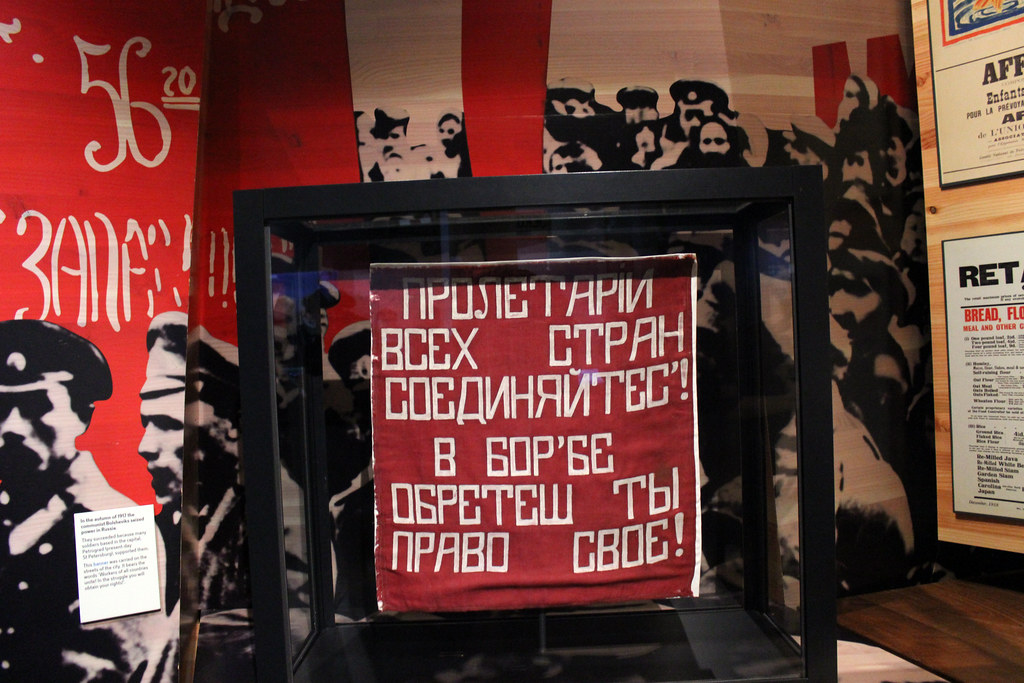 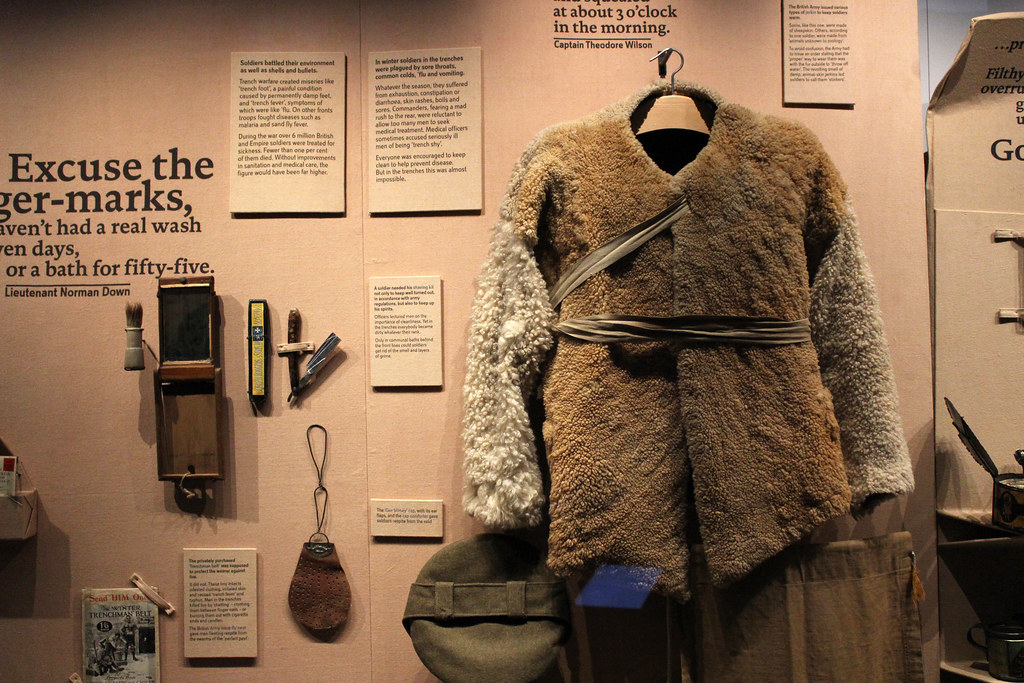 Life in the trenches was a horrible thing. It was dangerous, dirty and disgusting. 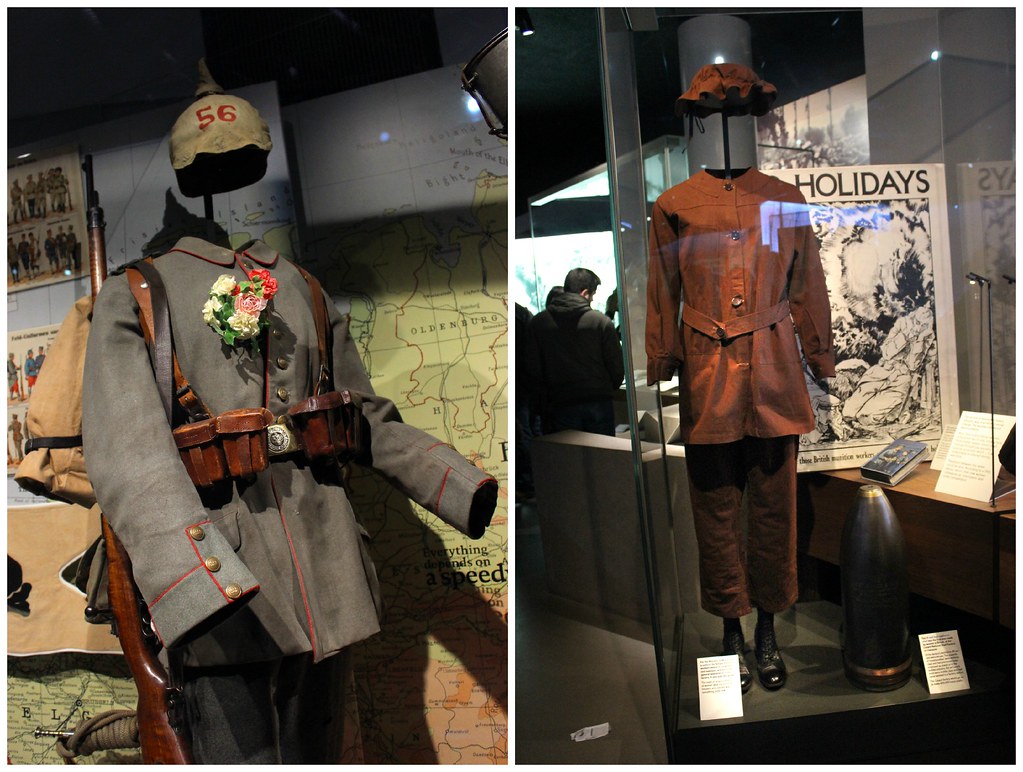 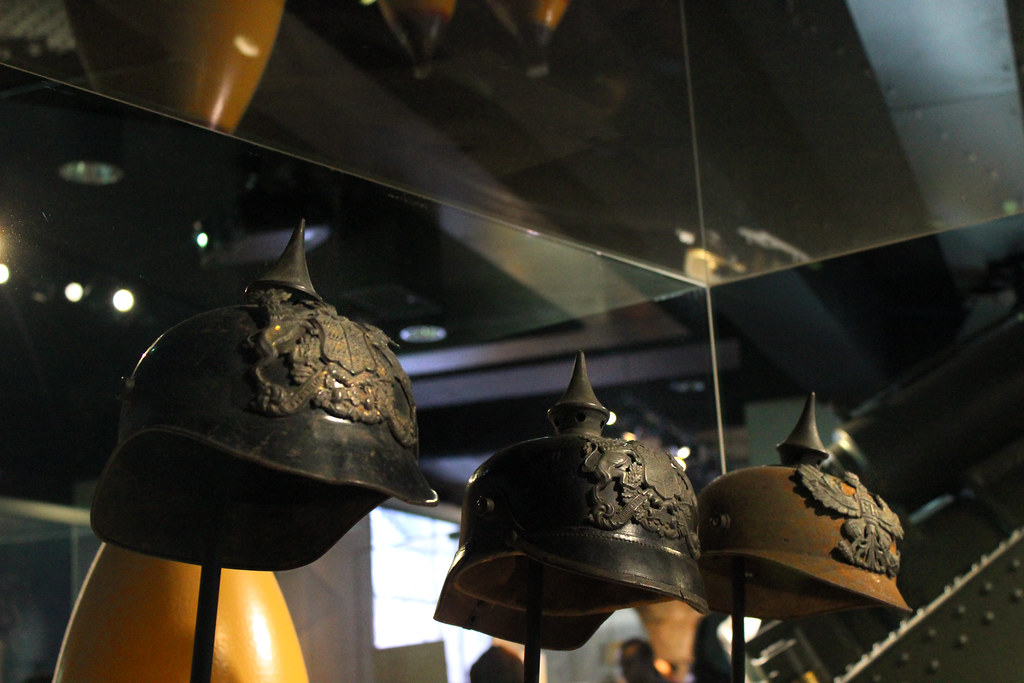 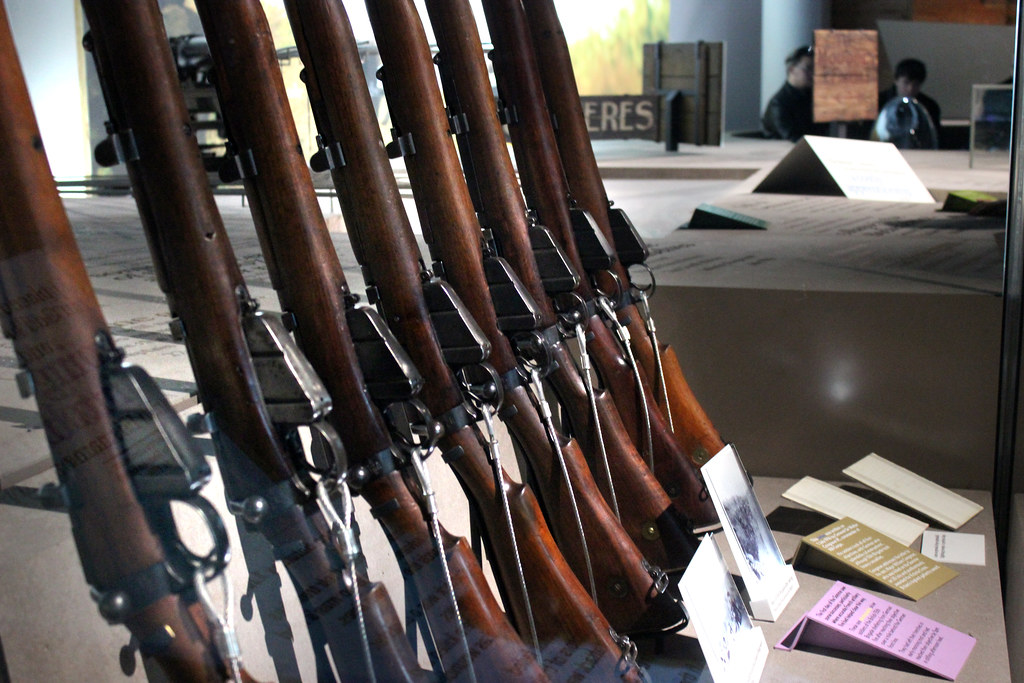 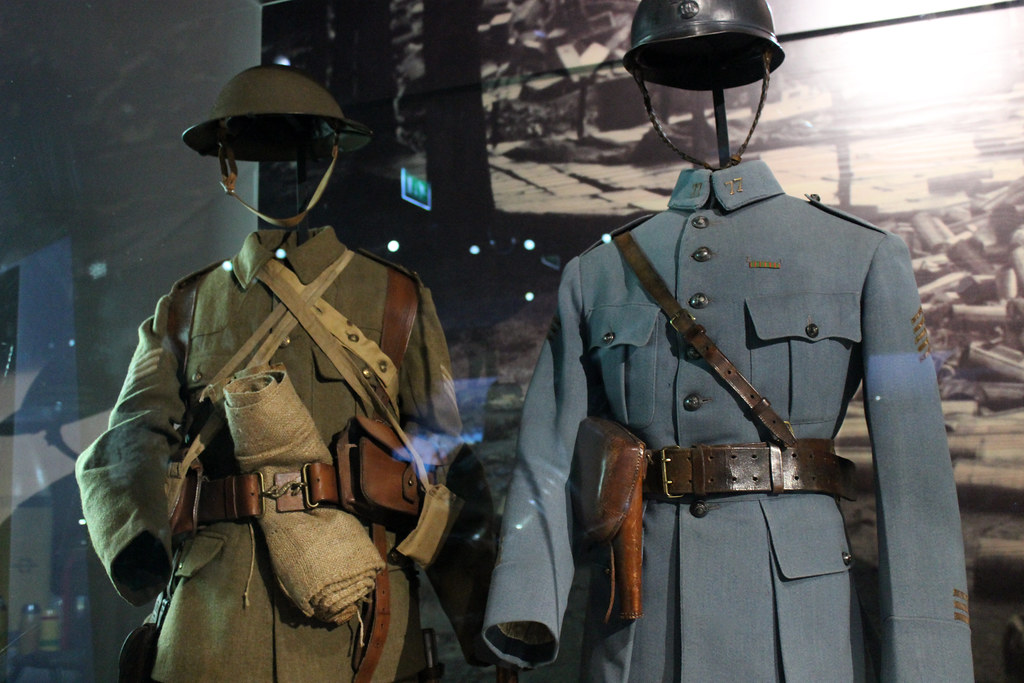 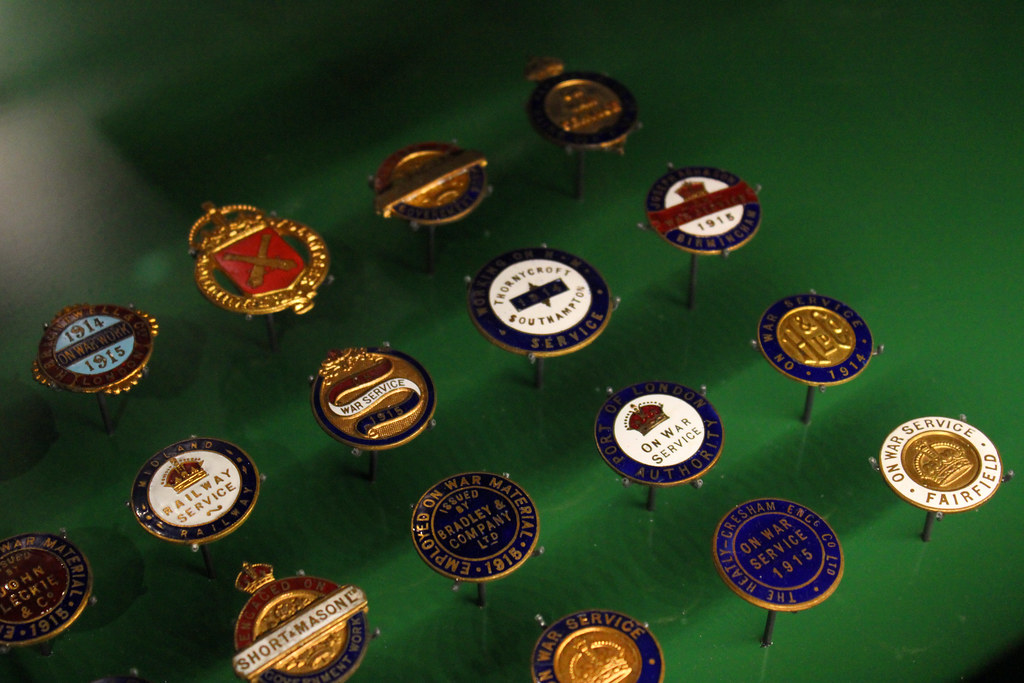 During the war, civilians also had to get organised on the home front, keeping transports running, being on the lookout for any suspicious activities and generally making sure that life goes on as normal as possible. Food shortages was one of the main concerns and there was a lot of campaigning around rationing. 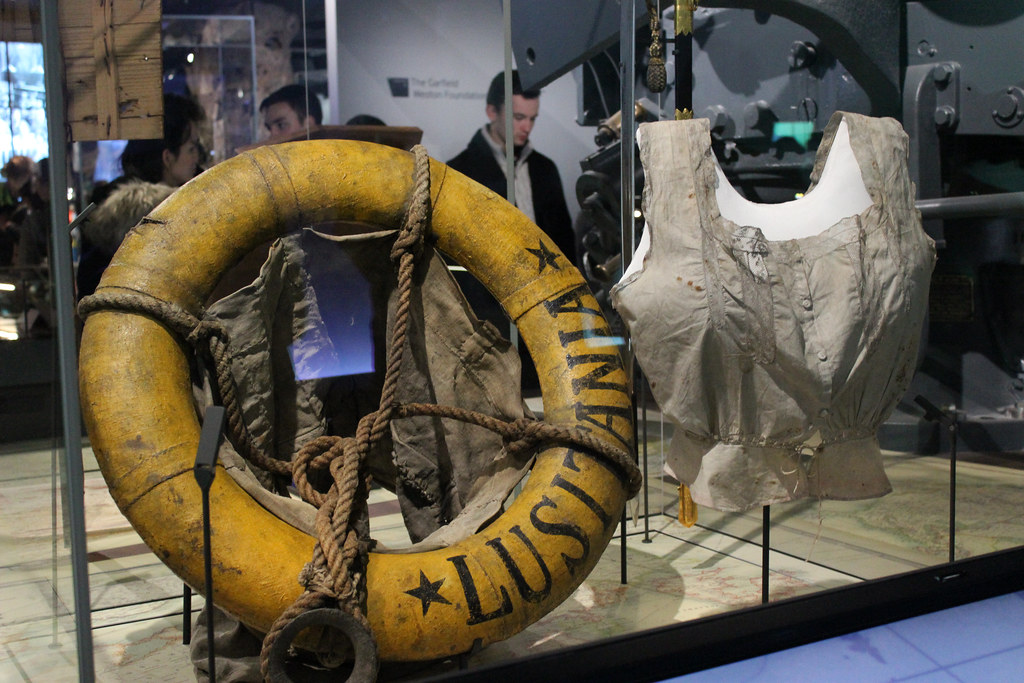 A lifebuoy from the RMS Lusitania, a passenger ship that was torpedoed and sunk by a German U-Boat in 1915. The camisole to the right was worn by one of the survivors when the ship was sunk. 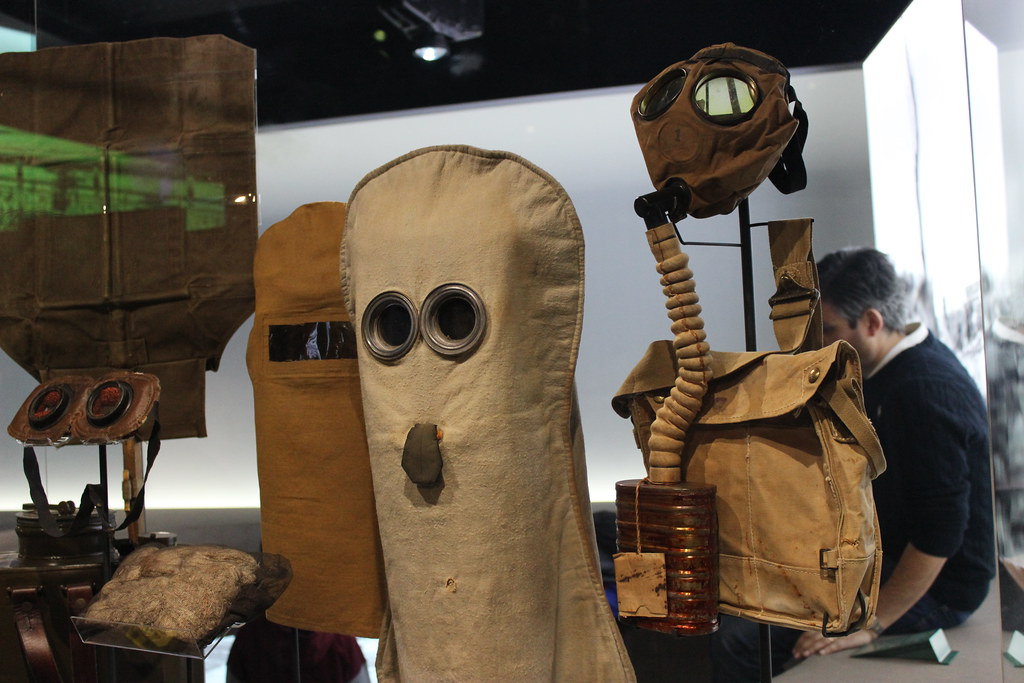 Gas masks – the concept had long been invented but gas masks only started being used in warfare in WW1, by the Germans at Ypres, against Canadian and French colonial troops. It is now a common thing. 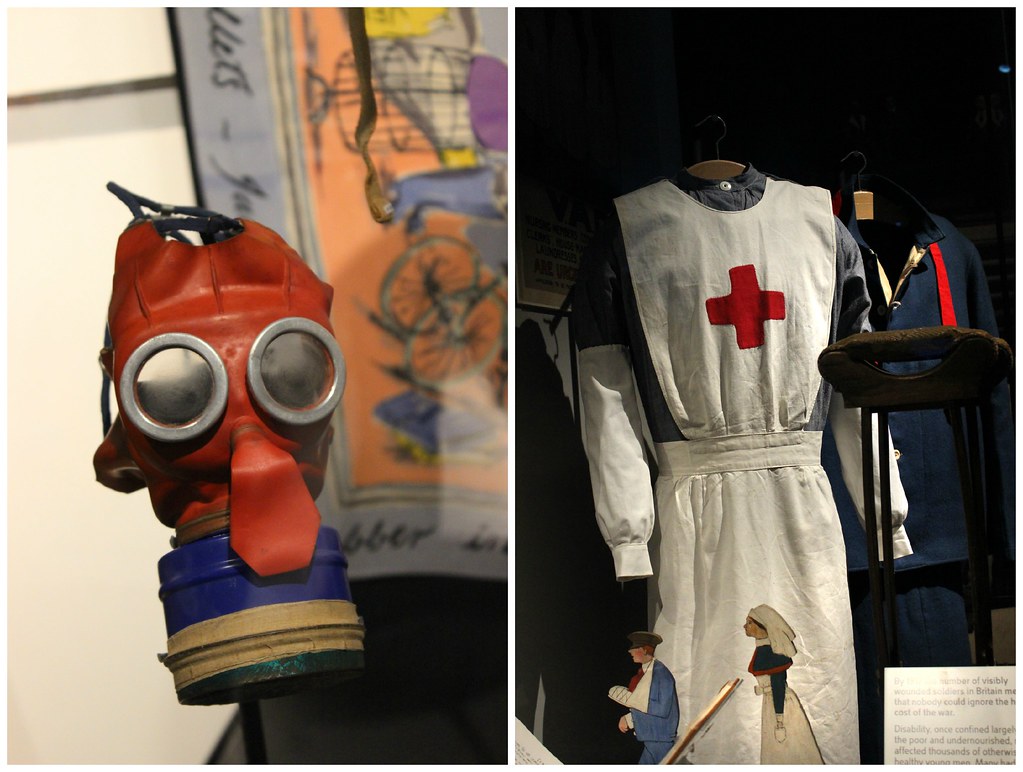 Can never resist a good old nurse uniform. How beautiful is it? 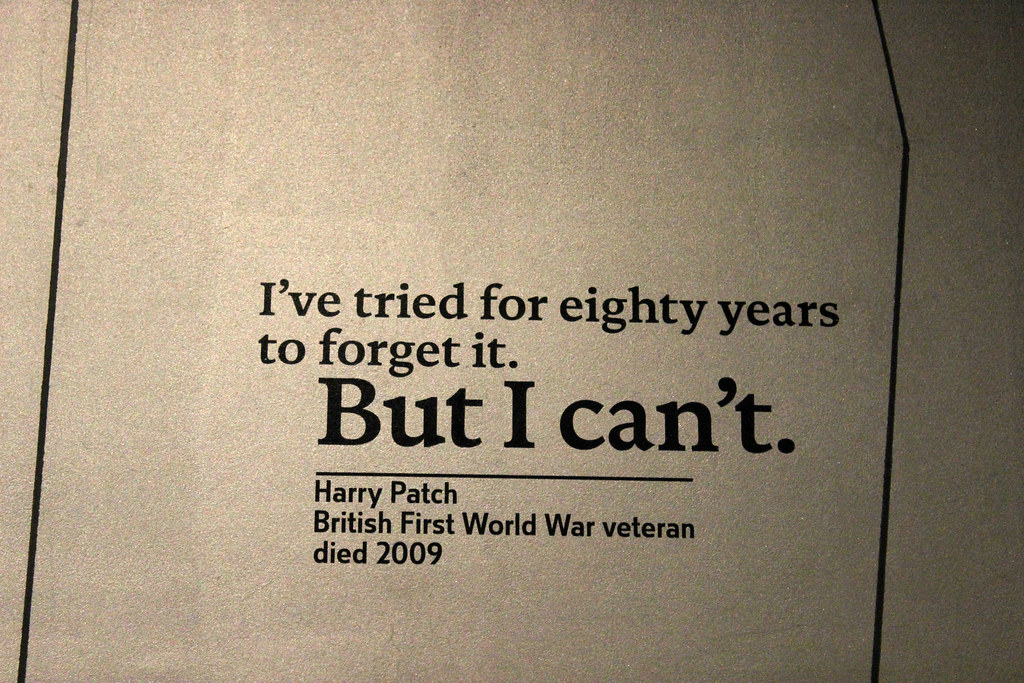 There are many other interesting things to see at the WW1 galleries, so I’d encourage anyone to go pay it a visit. You have the chance of walking through a life size trench, hear the sound of bullets and cannons being fired and see all the authentic objects that tell the story of so many who died and suffered in the war. 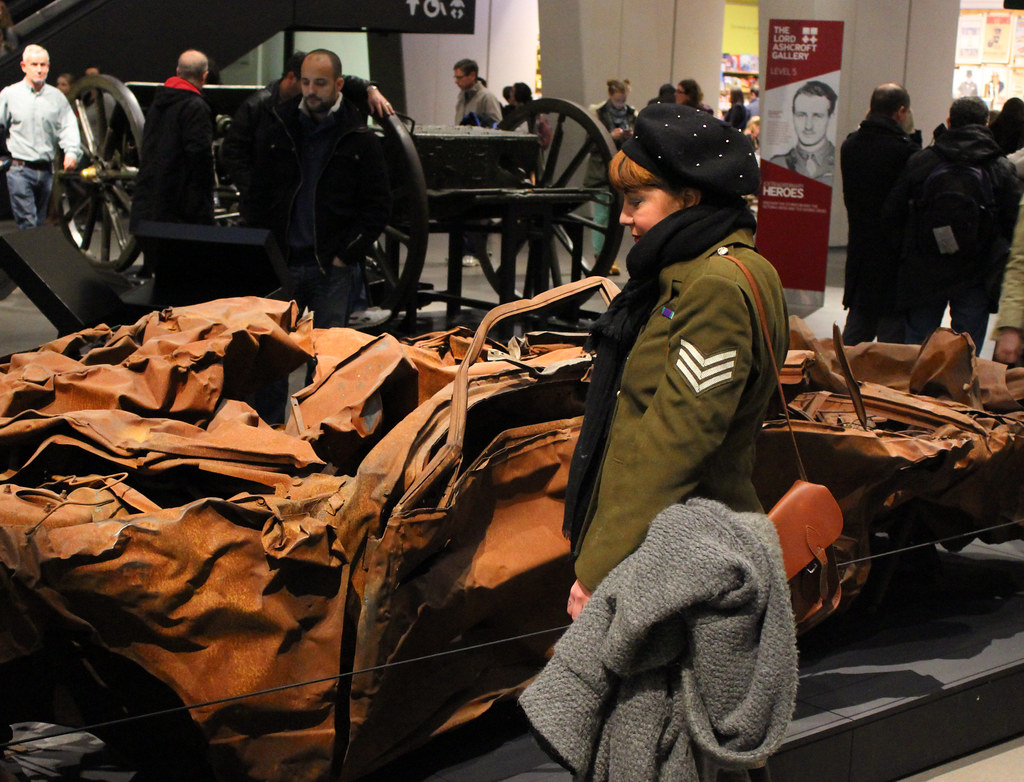 Moving round the main area – here I am, staring at some wreckage (I can’t remember what it was anymore). I wasn’t planning on visiting the museum that day and wore my British Army jacket. I got some funny looks… 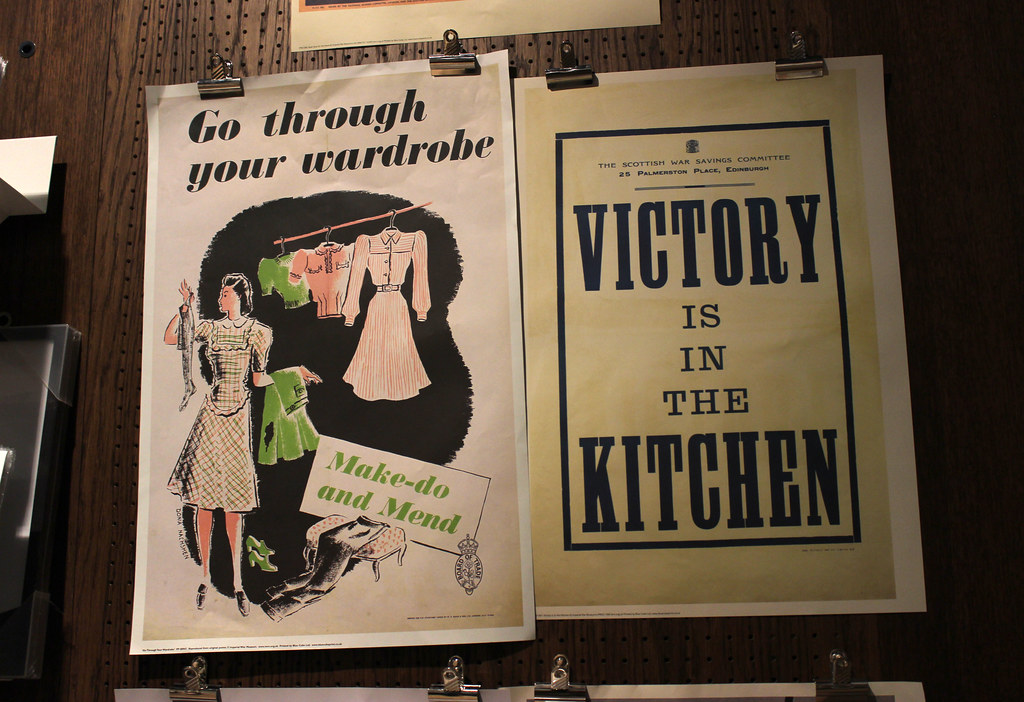 The next level we visited featured objects pertaining to the second world war. I didn’t like this section so much as I felt it lacked the storytelling element present in the previous exhibition I’d just seen. However, there were still plenty of eye catching elements, such as the leather jacket below with the hand painted insignia… 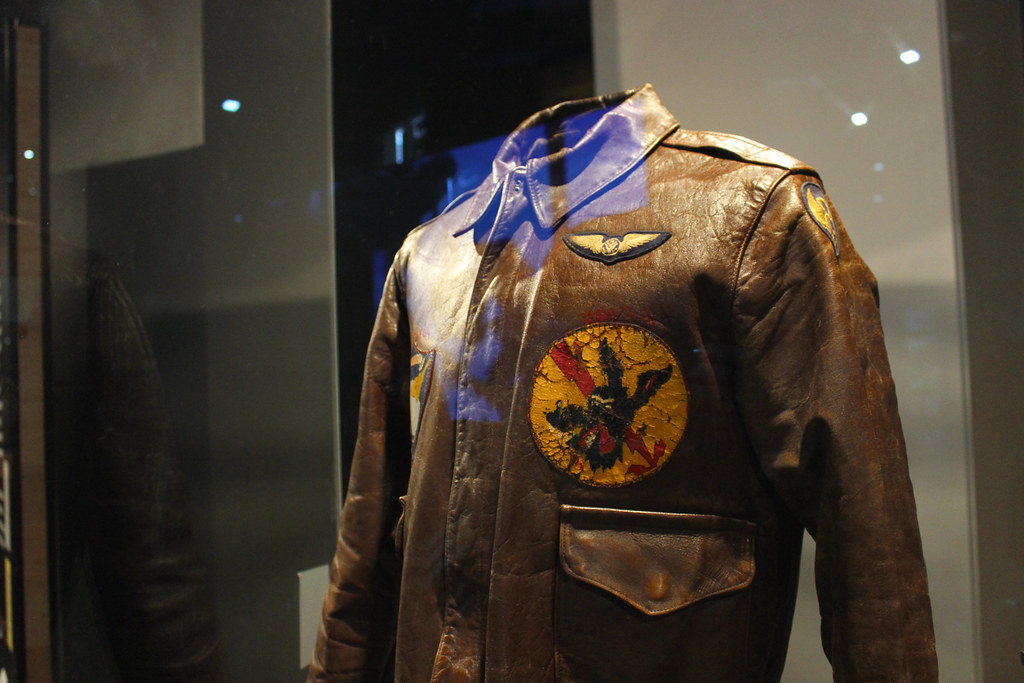 … or the fighter plane below with the hand drawn decorations. I’m supposing the targets stand for other airplanes they hit? 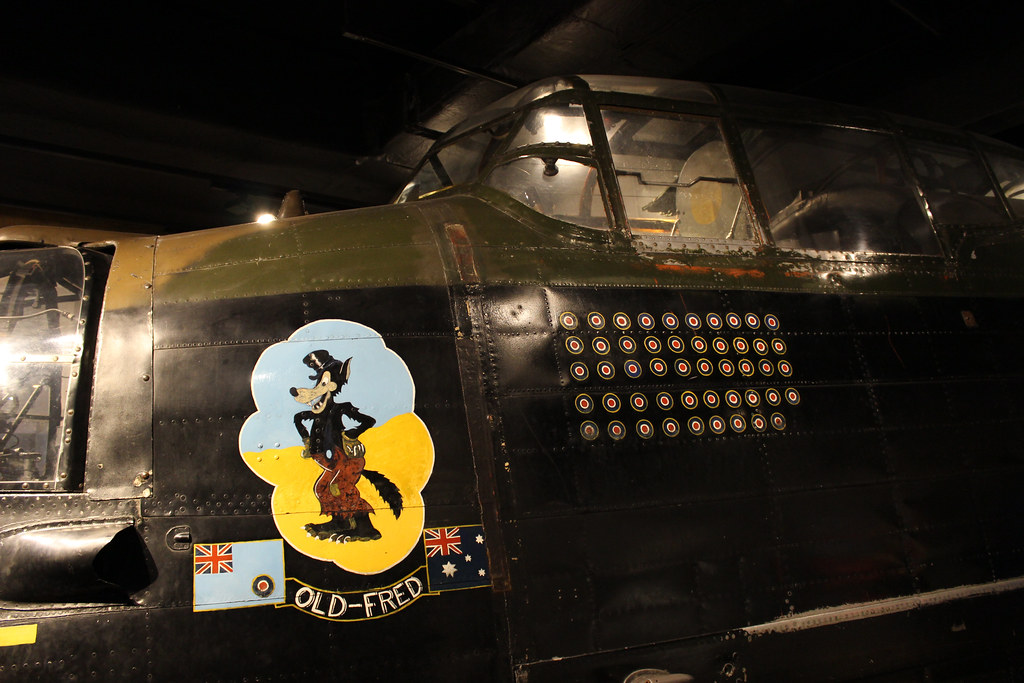 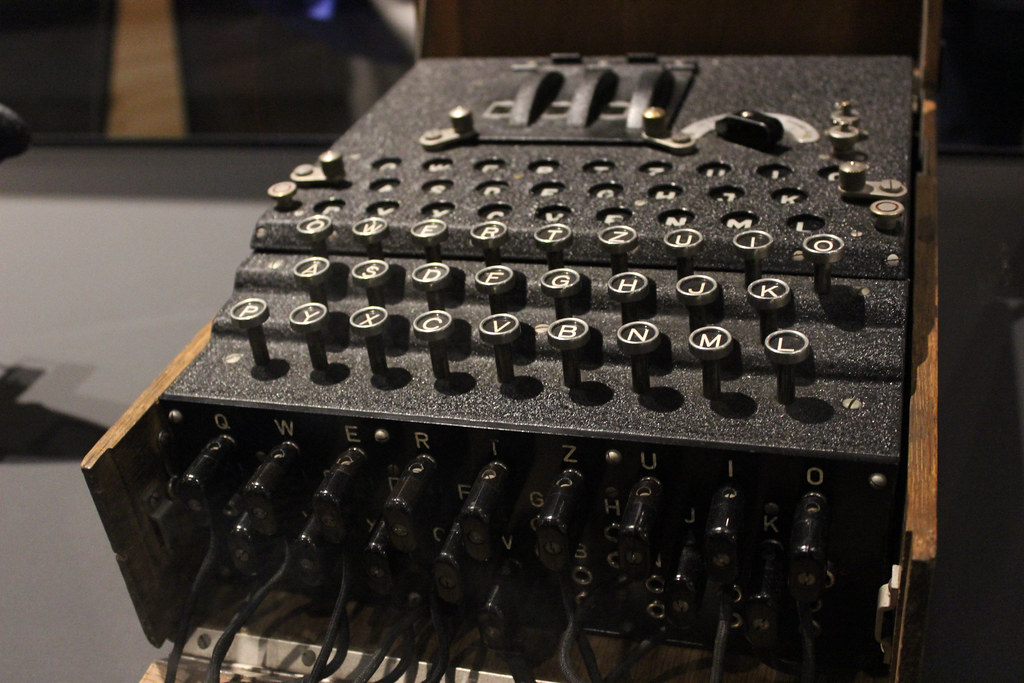 An Enigma Machine. If you’ve watched the film Imitation Game, you will know exactly what I’m talking about. 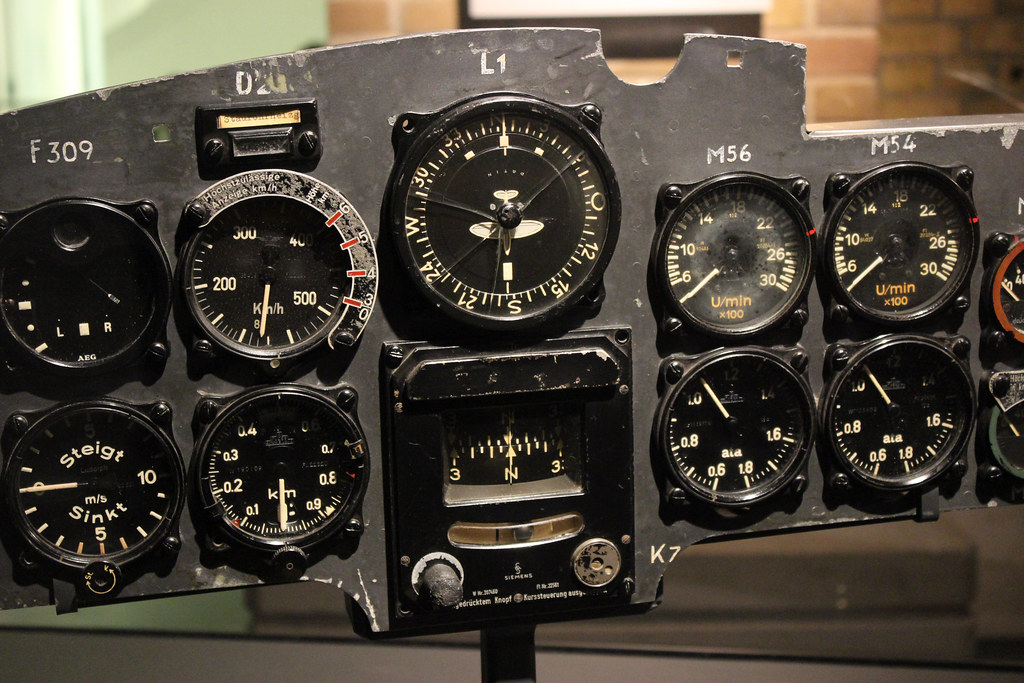 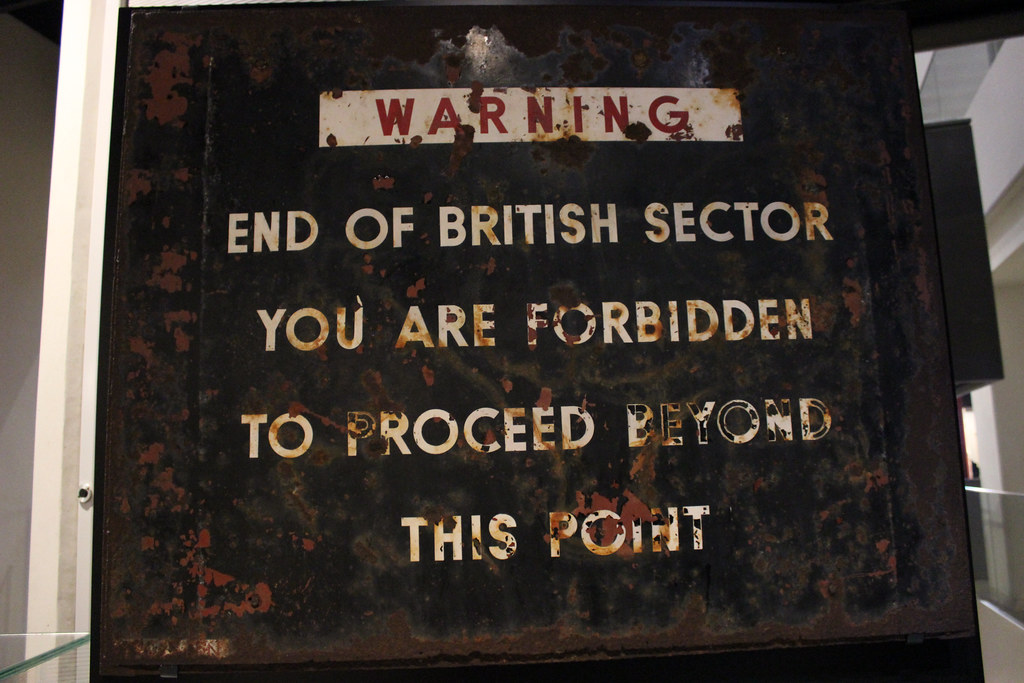 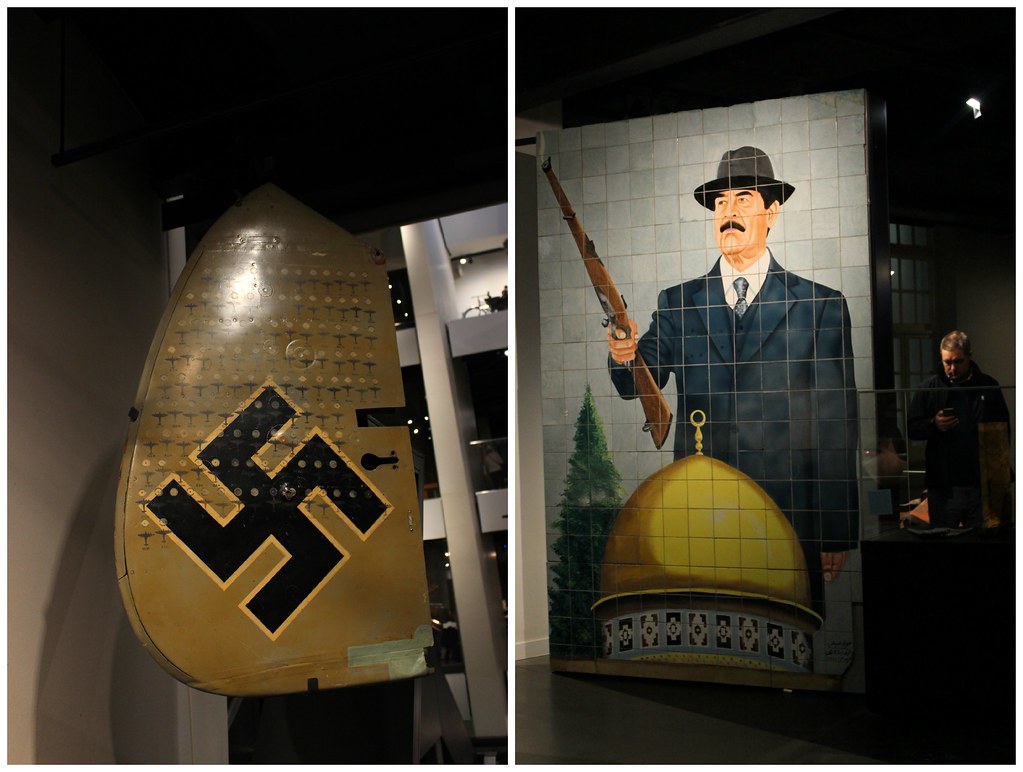 The Cold War section left me a little bit, hmmm… cold. This section wasn’t as populated and didn’t have as much to look at as the previous ones. I liked the checkpoint Charlie sign and the Saddam Hussein tiles, I’ll have one of those panels for my bathroom, please.

The Imperial War Museum is FREE to visit (you can donate if you want to) and is open daily from 10 am – 6 pm.

Some more London for yous (part 4)

I love Tea – with Dragonfly Tea