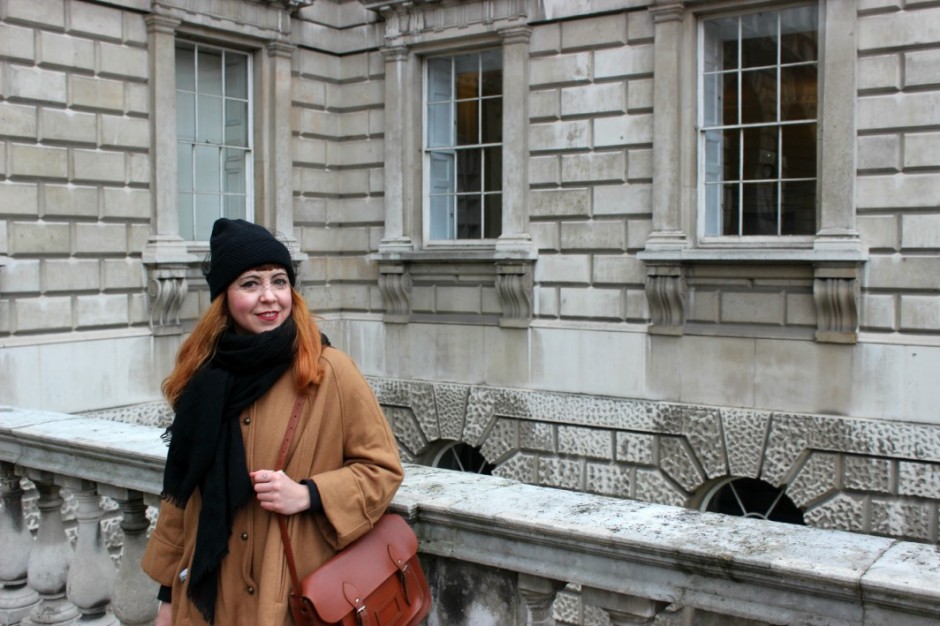 A couple of weekends ago I went around Somerset House to see the Chris Stein/Negative: Me, Blondie, and The Advent of Punk exhibition. It was well worth it and I’d advise anyone to go, although it closes on the 24th. I saw super cool photos of Blondie, The Ramones, Richard Hell, Iggy Pop and many others that were involved in the NYC punk scene in the late 70’s. The photos were absolutely brilliant and so inspiring, not just because of the people in them but also makes me want to learn how to take good pictures!

As we visited Somerset House in early January, the Christmas tree was still there and we had a bit of fun taking photos of reflections on the massive Christmas balls that were hanging from it, which was really good fun. I know, I am easily amused. 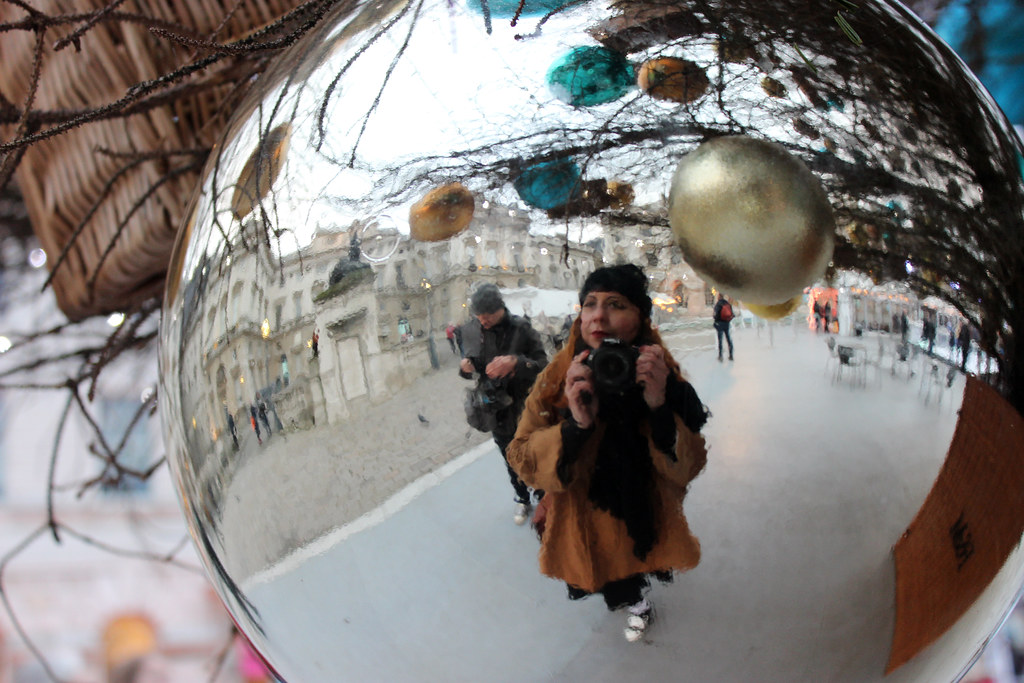 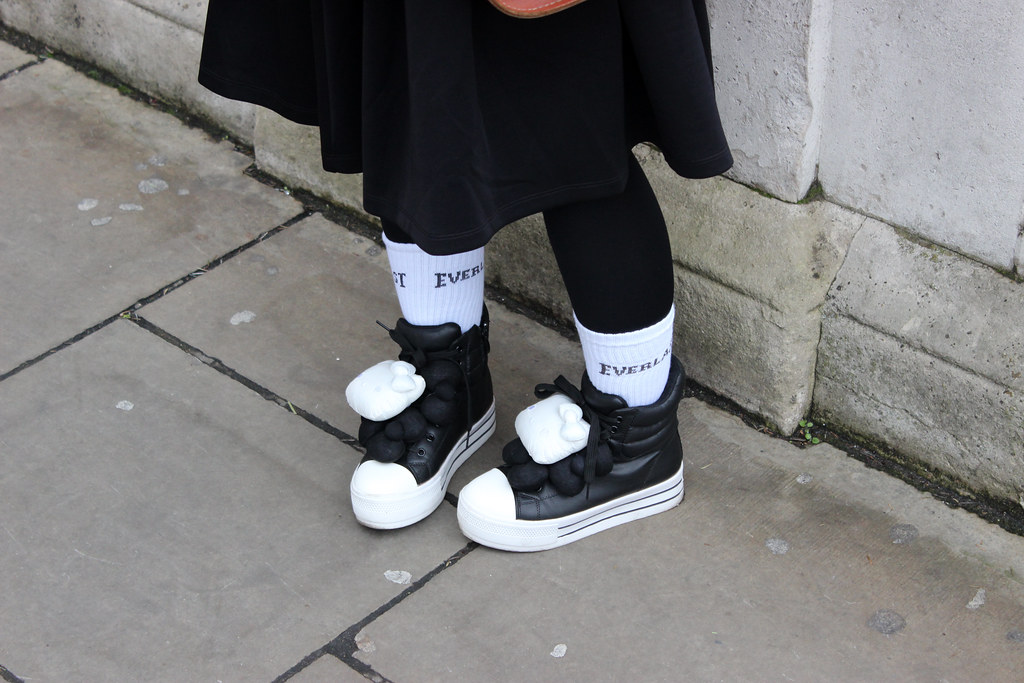 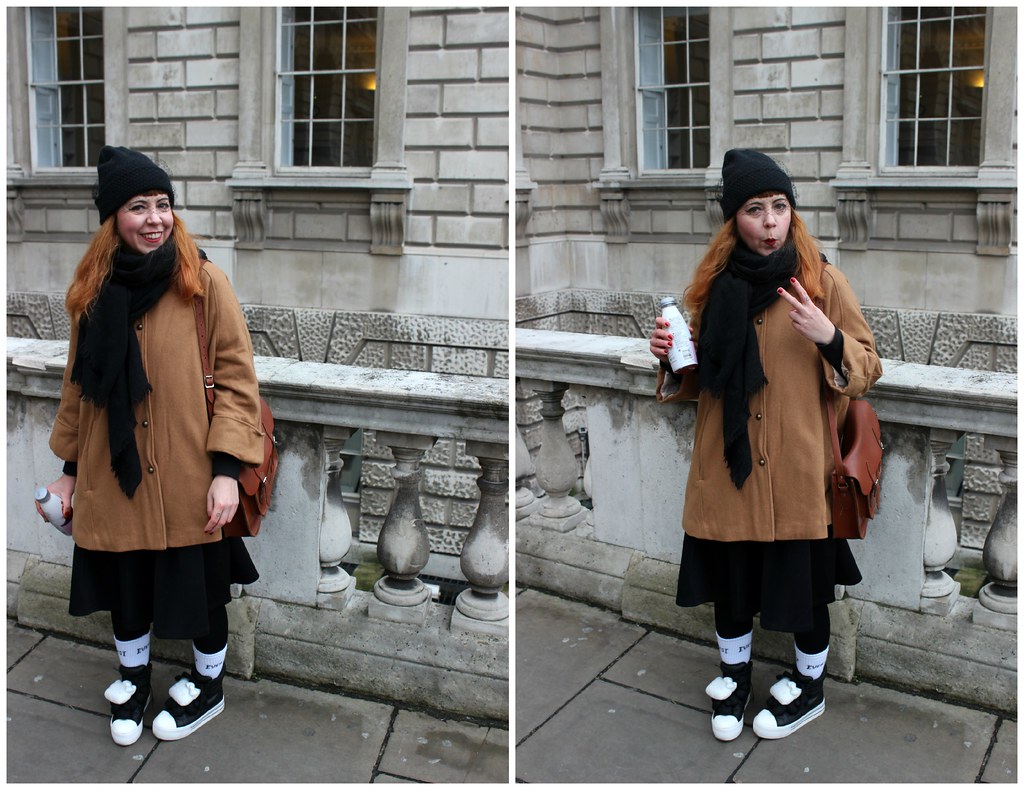 It was freezing (it still is, to be more exact) so I had to add them layers. I had the sports socks hanging around since I did some silly photos a while ago, so I figured I might as well get into the normcore bandwagon and give them some usage. These snow white socks combined with the massive Hello Kitty heads on my shoes attracted a lot of attention, which I thought was amusing. I had no idea this footwear would warrant so much scrutiny by randoms on the street.

Rundown of the outfit: Veiled beanie and Hello Kitty sneakers– Ebay; Coat – H&M (clothes swap with a friend); Scarf – the usual one from Oscar de La Renta I got from TK Maxx; Skirt – ASOS (via Ebay); White Sports Socks – Everlast (via Sports Direct, yo); Satchel – Unbranded (from a blog sale). I don’t remember what I wore underneath the coat. It was so cold I don’t think I even looked at it much. 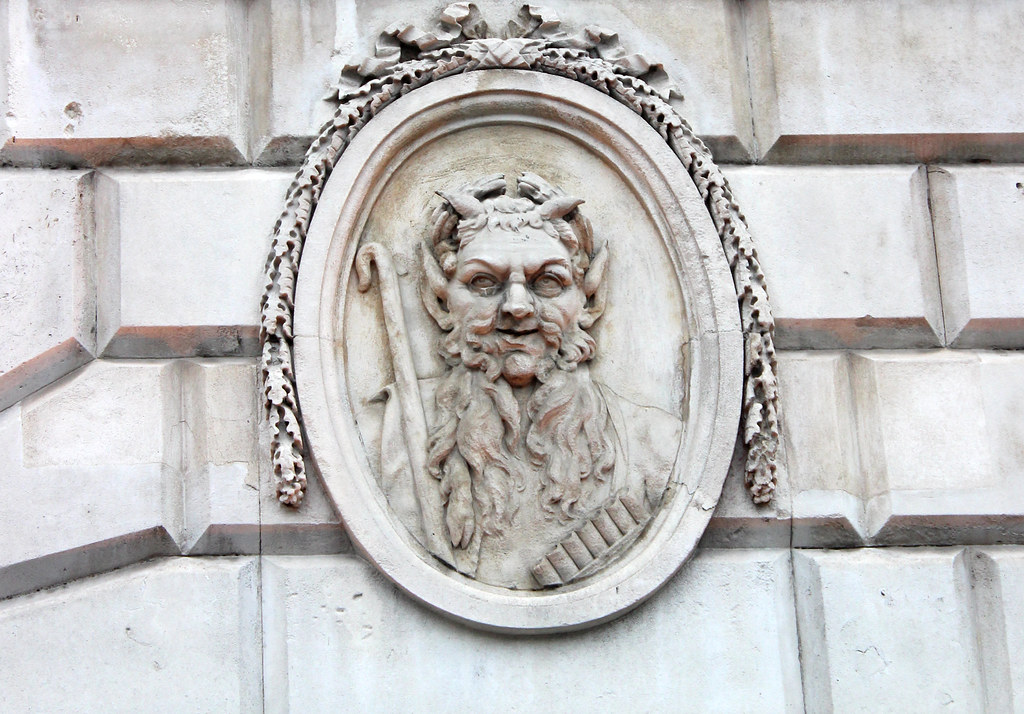 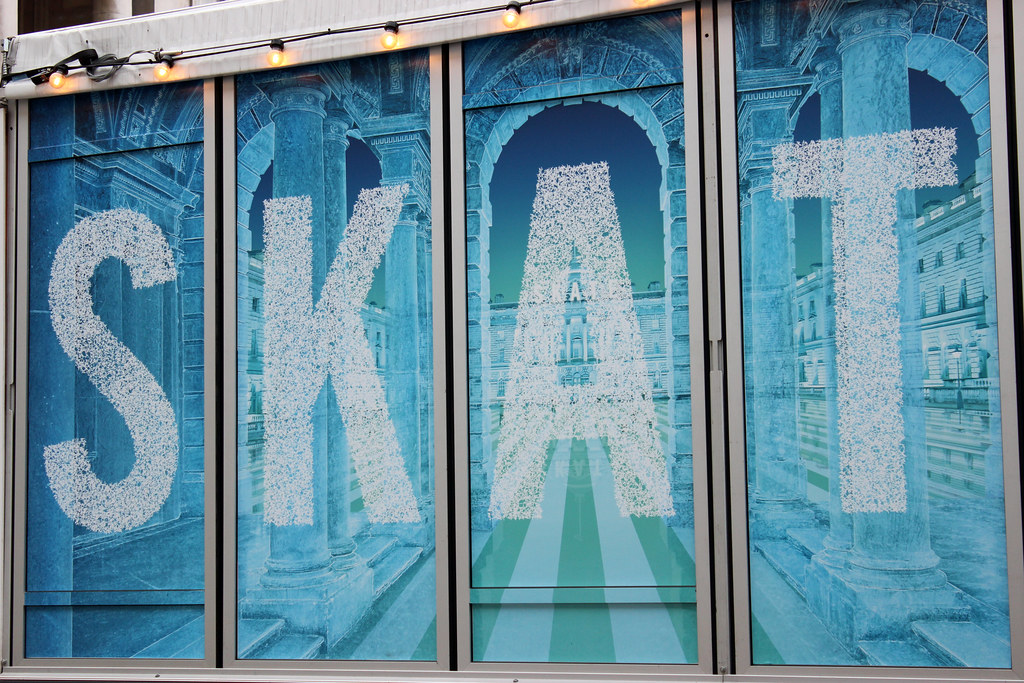 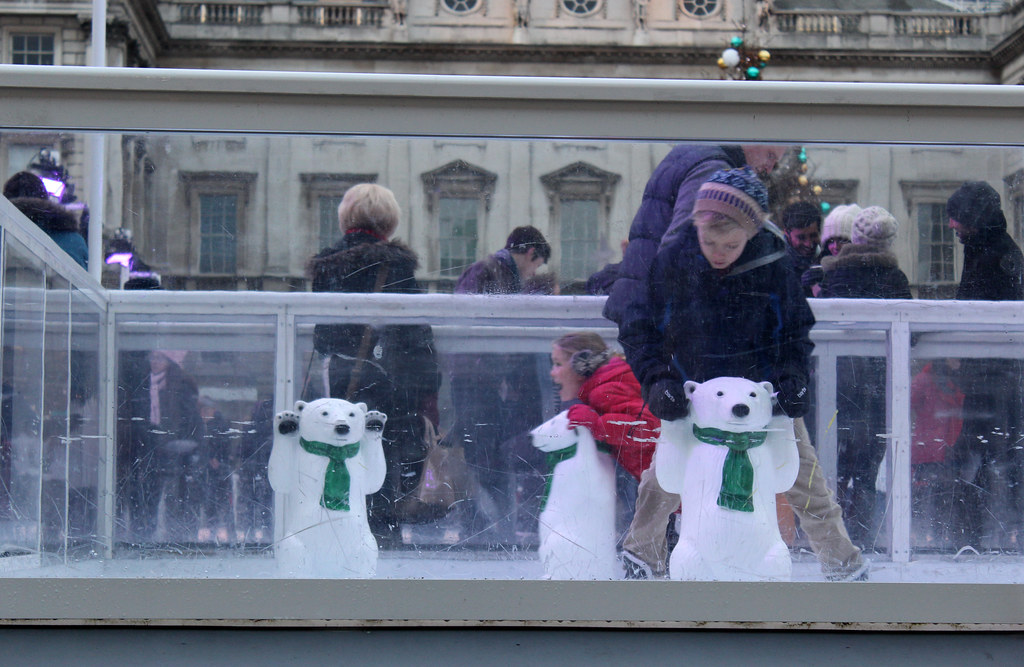 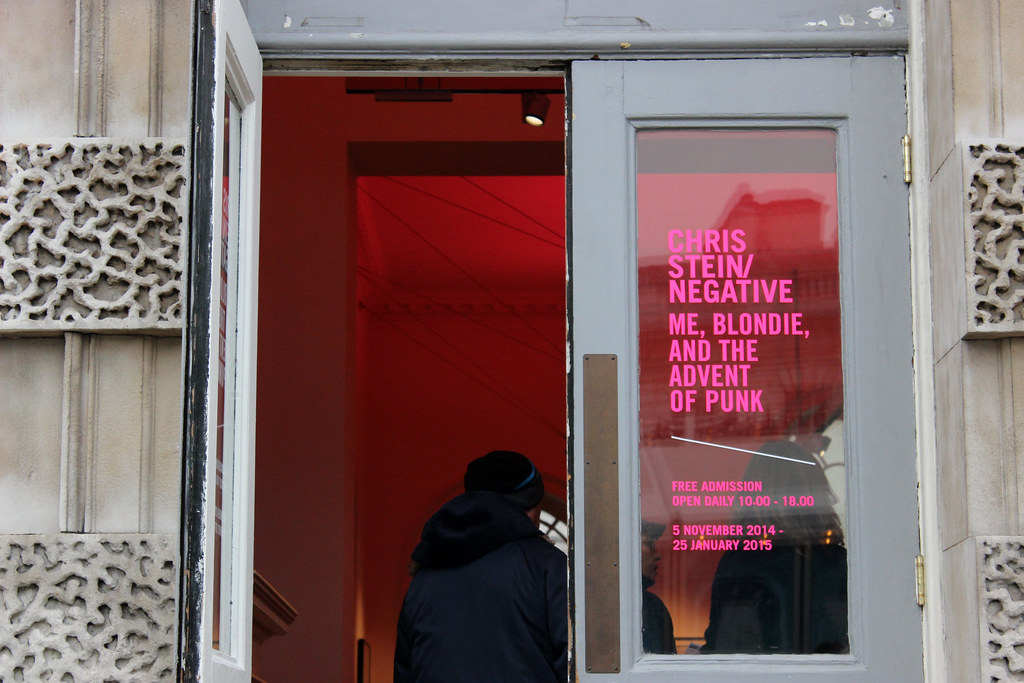 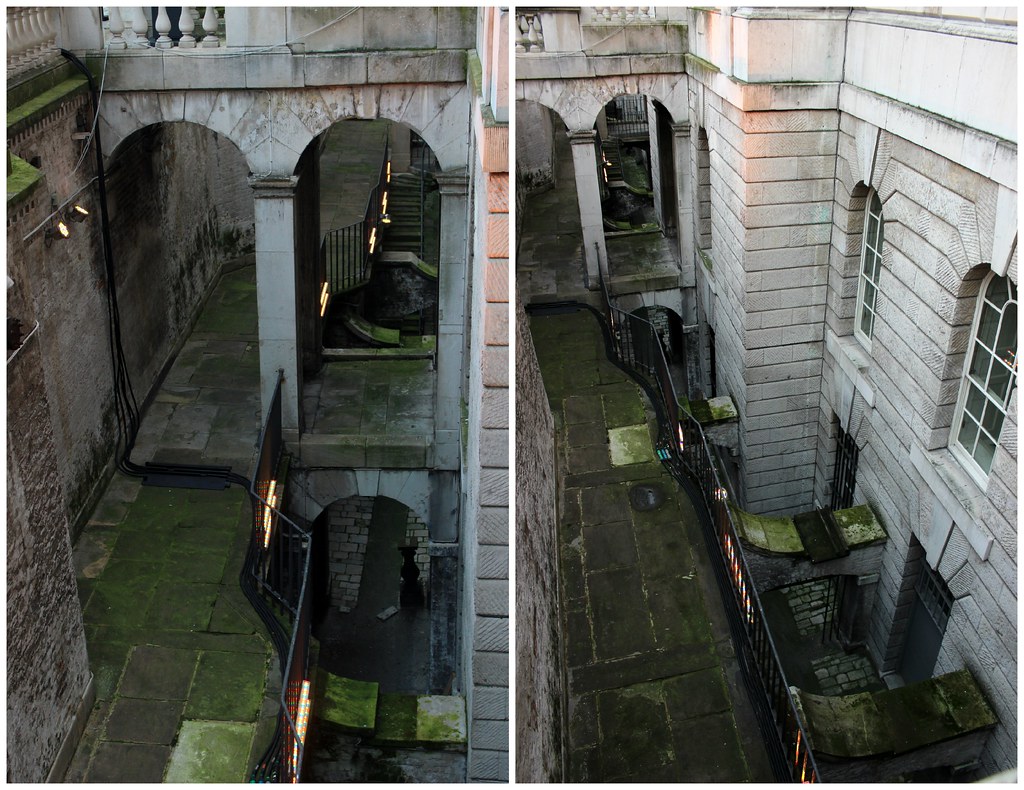 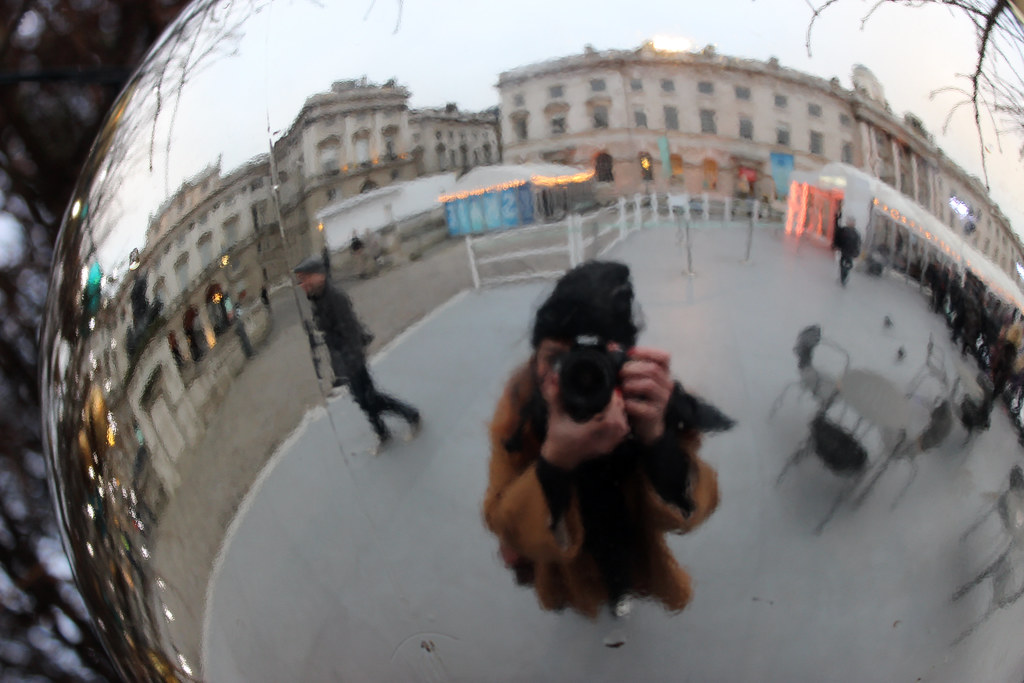 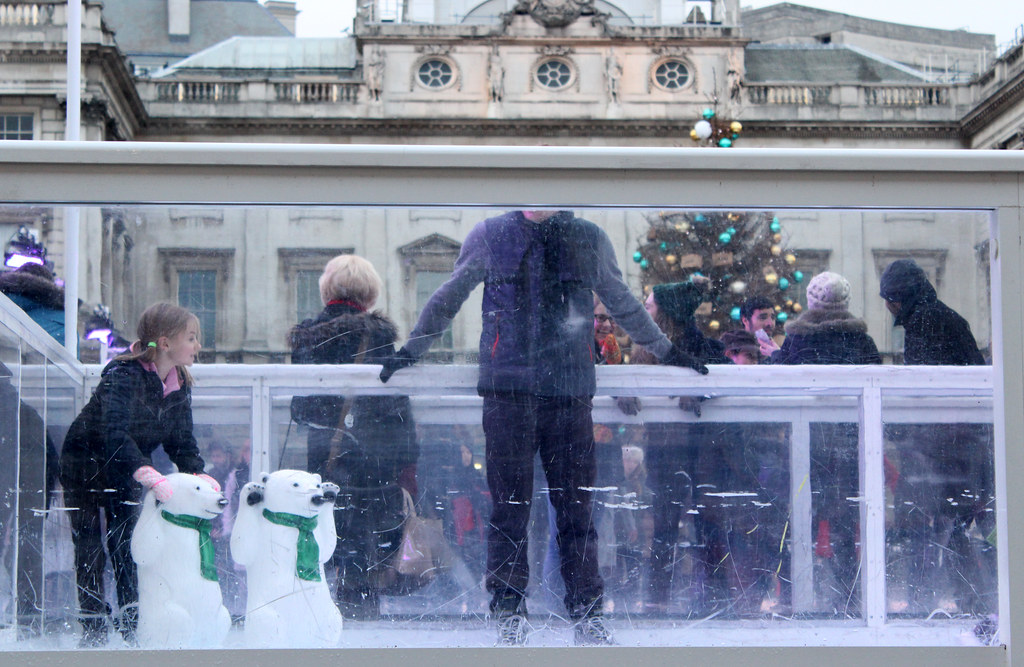 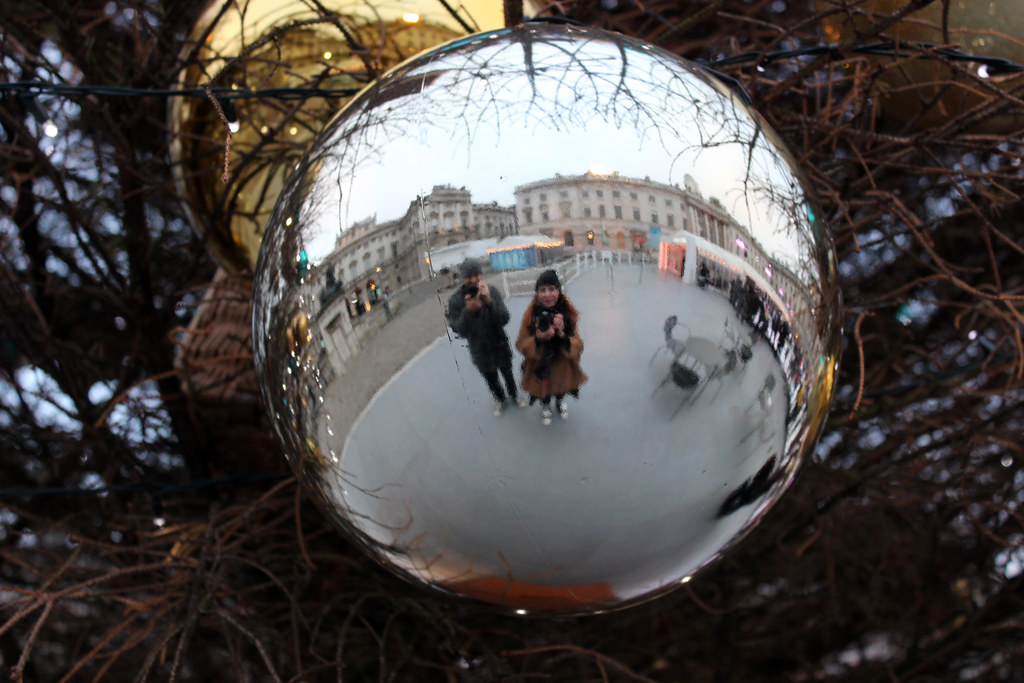 My photo buddy Michel and I. I will miss the lad when he goes back to Berlin.

Have you seen the Chris Stein photo exhibit?