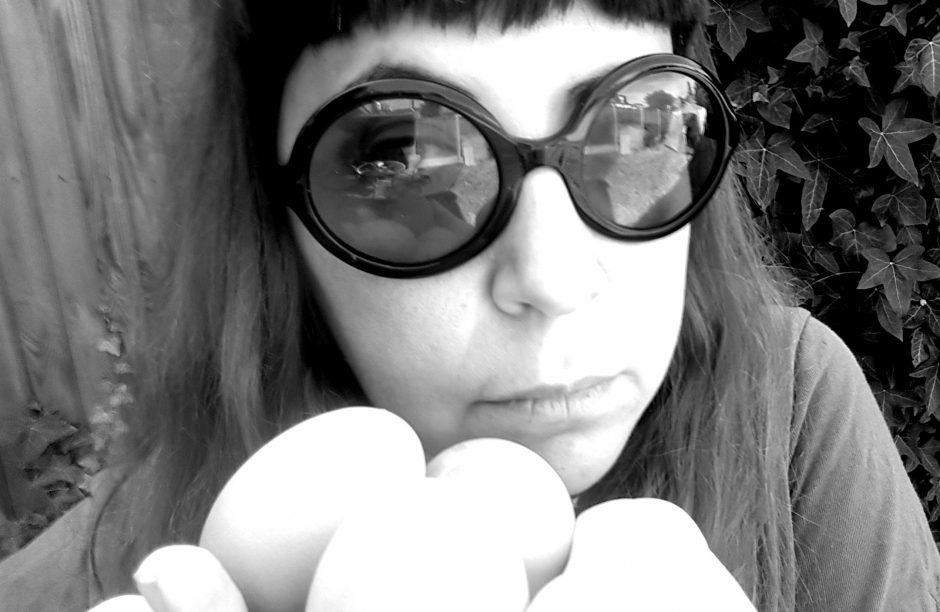 It’s been a while since I’ve written anything remotely personal on the blog but today I thought I needed a bit of a vent. Not about art or London or anything but about egg freezing and all my emotional turmoil around it.

It’s quite a current issue, with many articles popping up in the last week about why women are freezing their eggs. This morning as I read through another one of those, I was nodding along in agreement with the points the writer was making. Women my age (and younger) freeze their eggs not just because they’re insensitive bitches who want to put a career at the top of their priorities but also (and this number is growing) because it’s fucking hard to find a decent partner. Eva Wiseman put it very well in the aforementioned article and you can read it here.

I’m painting you the picture of where this is going, so bear with me. As I was reading said article, I felt dismayed, a bit emotional and to be honest, a little bit sorry for myself. I’ve been on my own for a while and to be honest I prefer it to having to deal with abusive and controlling partners like I have in the past, but that doesn’t mean that it’s the ideal situation. The older I get the more cynical I get so even though there is always a glimmer of hope, that flame goes dimmer and dimmer as time passes.

It was a shock to the system in many ways then to receive a phone call some 15 minutes later from the clinic where my own eggs are being stored asking me for payment. You see, I froze my eggs back in January 2016 following my cancer diagnosis and was given that option, as I was not going to be able to reproduce for some good 5 years, until the all clear was given for cancer and I am no longer on hormonal medication to control the resurgence of said cancer (whom I’ve baptised “Tim the Tumour” as some of you might recall). Back in December, these eggs were then transferred from Hammersmith Hospital to a private clinic, I don’t recall why nor do I recall any mention of payment in the letters requesting authorisation for the transfer. 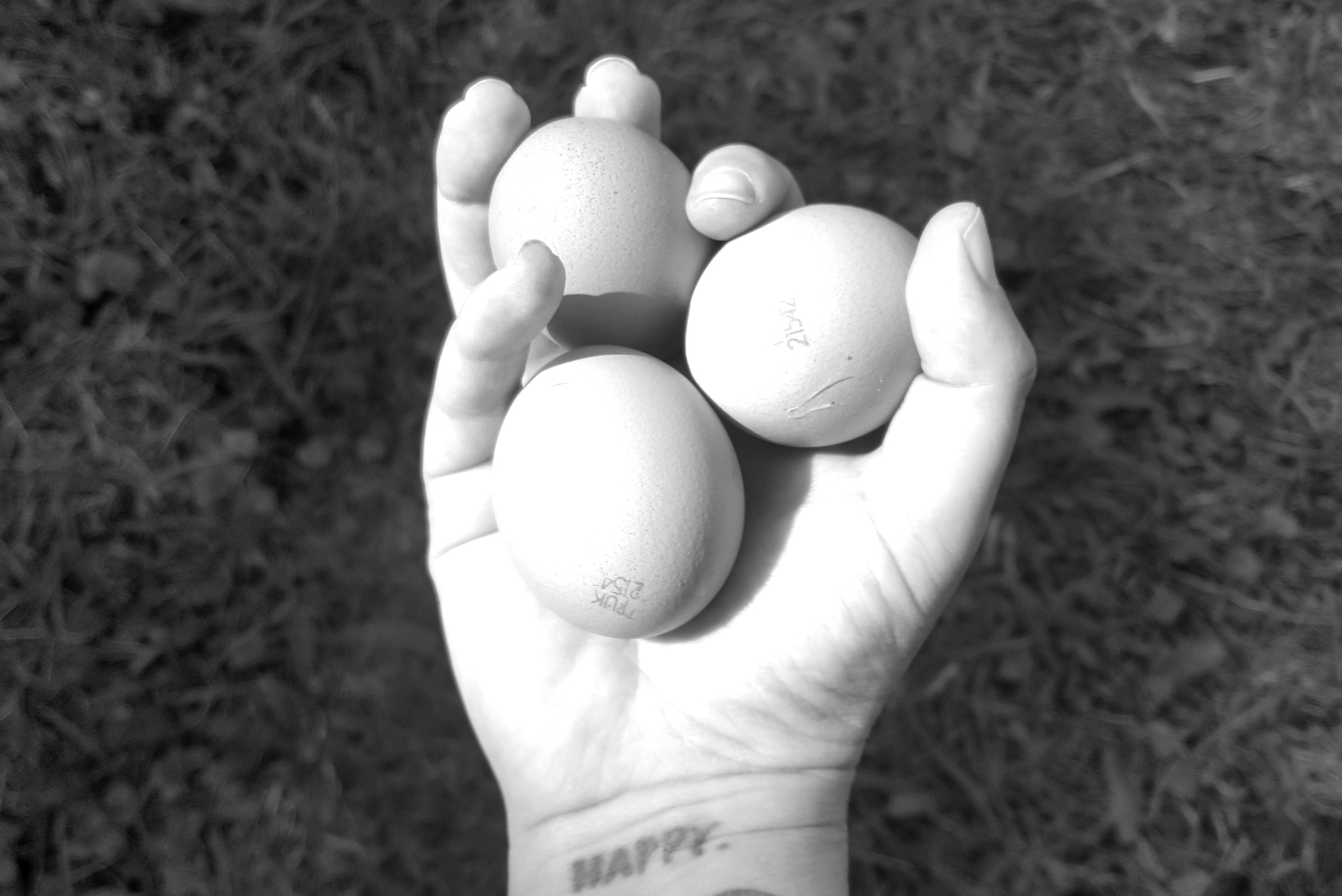 Like I said, reading this article this morning made me feel a little bit emotional – probably due to being hormonal, as women frequently do on that time of the month or even the fact that I’ve recently stopped taking my SSRIs, as I’m trying to experiment living without them as I’ve been a lot happier recently. I got even more emotional after I put the phone down from that phone call, as a torrent of thoughts went through my mind.

The reality is that if it wasn’t for the NHS offering to subsidise the egg freezing in the first place, I wouldn’t have gone through with it at the time, as reproductive medicine is ridiculously expensive and these clinics are obviously running a business. Now after having had my finances and career turned into a shambles for the good part of last year due to illness, I’m still suffering the side effects and consequences and my bank account hasn’t gotten any fatter since either. I am currently unable to work full time (not because I don’t want to but because my body doesn’t have enough energy for it) and have taken a massive pay cut. I love my current job, which is great but that’s not enough to pay any expensive reproductive medicine bill I might be getting through the post… I explained the situation to the lady who called me, who was very understanding and asked me to send her an email explaining the situation – they will have to investigate, she said, as they will have to at least look into what’s happened. Considering the state of bureaucracy and lack of communication between institutions in this country, I wouldn’t be surprised if they aren’t aware of my medical history or have filed my paperwork incorrectly. My recent dealings with the Department of Work and Pensions and the National Insurance people are nothing but a good example of the rampant incompetence in these governmental organisations but that is a story for another time.

I have yet to write that email, as my immediate response to that phone call was to break down crying. If I can’t afford to pay for them now, what was all that pain and suffering for? At the time I was given that option and I took it because I didn’t want to let cancer make a decision for me and those who know me well know how much I hate being forced into something I don’t want to do. Another reason why I froze my eggs was because I was in what I thought at the time a good and long term relationship with someone who had expressed an interest in the possibility of having kids. How wrong was I as I was unceremoniously dumped the day before the egg collection treatments were to start as it was too much to deal with. Well, sorry for having cancer and having to think about and make decisions about all these difficult things. *sarcasm*

Anyone who’s been through these treatments can tell you that they’re like going through one of Dante’s circles of hell and adding to that the emotional pain of a breakup, I’m surprised I didn’t go insane. Or maybe I did, I just don’t know anymore! Imagine being hormonal x100, as what you’re doing for the best part of a couple of weeks, is injecting yourself with massive amounts of hormones, so eggs can mature and be ready for collection. Add to this internal scans every few days that have had the effect of making you feel violated in your body and spirit. Not nice.

I thought I had come to terms with the idea that I’ll die alone and will be eaten by my cats but it looks like there’s still a lot to be said about it. Emotions are always like this, they creep up on you when you least expect it and cause chaos. I don’t have a particular attachment to the eggs themselves: when I signed all the paperwork, I ticked the boxes allowing the eggs to be donated or used for scientific purposes. I hope that at least that still remains an option, otherwise all of this would’ve been in vain.

Thinking about the possibility that the eggs that I suffered so much for and precipitated the end of a relationship are just going to be flushed down the toilet is a bit too much to bear. By the way, it needs to be said that I am well aware that the relationship would probably have had the same outcome, just at a different time (it or he just wasn’t right?). I am even shocked that I feel this way. I’m not even sure about having children myself but once again having to make a decision precipitated not by my own timing but other external conditions is making me relive everything again. Having to consider this possibility is bringing all that pain back for me and I am having to take a step back to process all of it. I’m sure I’ll be fine in the end, but like Morrissey says, “these things take time.” In the meantime, I’m going to send that email and see what happens.