This weekend I spent part of a day in Camden and for a good reason. My friend Michel is going back home to Berlin this week and wanted to get some silly souvenirs. As we hadn’t been to that part of town together yet, there we went. We had a great time, it has to be said. It was raining for a bit here and there but even that didn’t spoil our fun day.

We started by taking photos of my outfit – who is going to do that for me now that he will be gone? 🙁 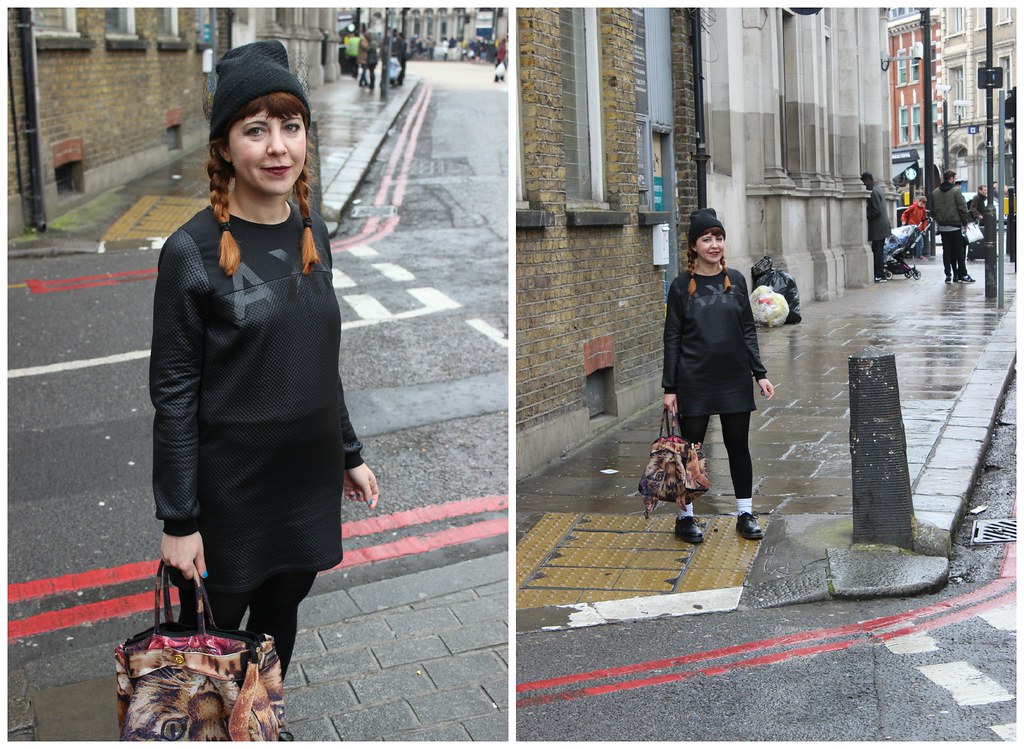 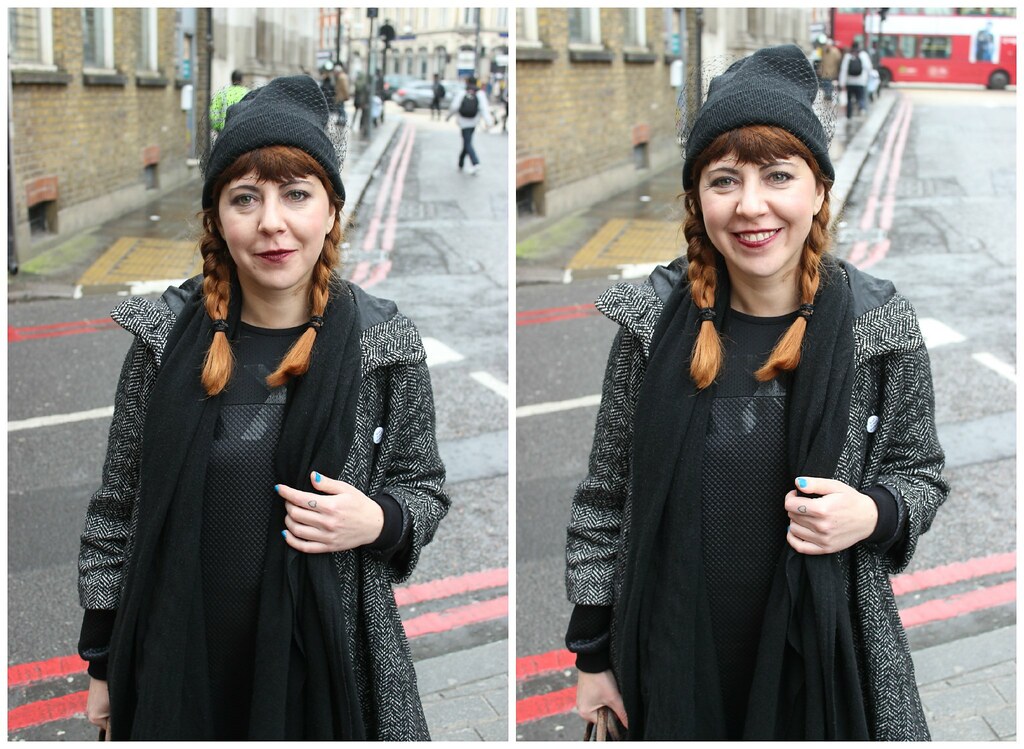 We then proceeded to the main road, to try and find some tacky stuff. Ended up getting diverted to the Mega City Comics store and after some perusal, I settled on a paper copy of the Hipster Hitler webcomic and Michel got Cyanide and Happiness. We then got the usual snowglobes/ coasters/ boxes of tea and decided it was time to go for a wander in the market. 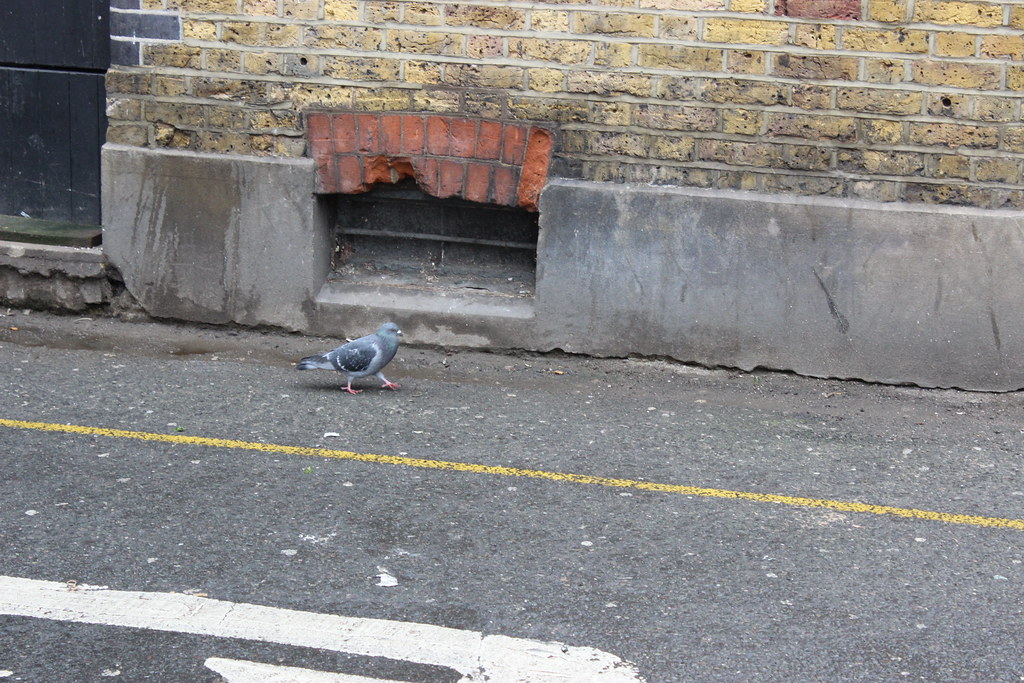 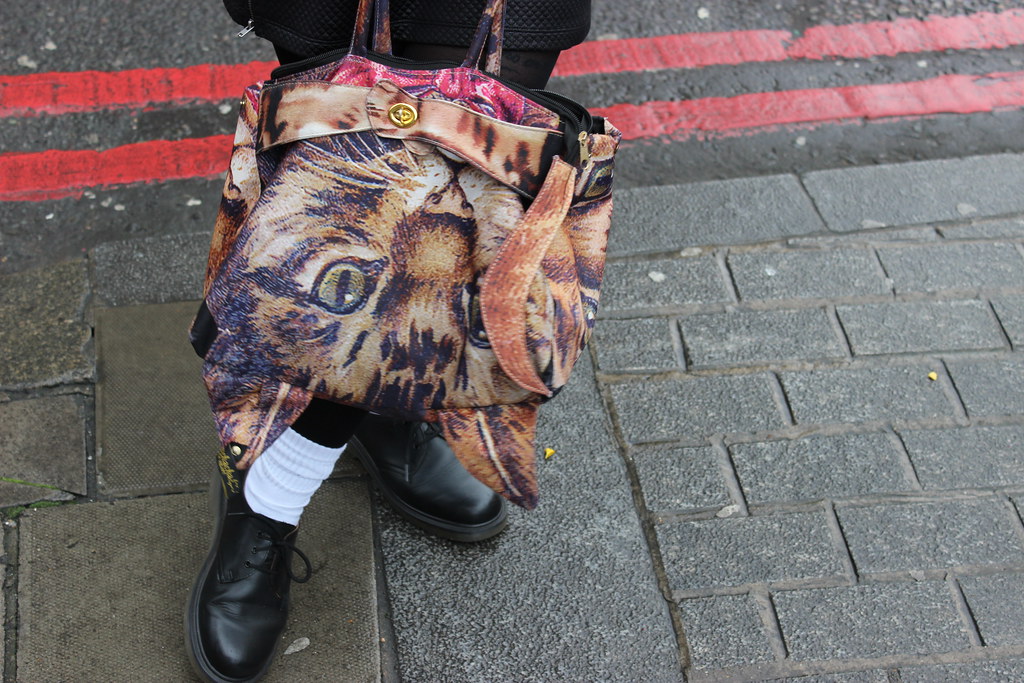 There we meandered around, and ended up at Cyber Dog, that fabulous raver institution. We walked in, looked at the funky clothes and the rude objects on the bottom floor and perved at the pole dancer. It was then time to sit down for a drink, we decided. Got ourselves some beer and ale and sat by the canal, chatting away about how relationships suck and reading our funny comics. After that, we had a burger and I suggested we go to a heavy metal/punk/whatever pub so we made our way to the Devonshire Arms, another Camden institution. Most of the people in this place are ageing rockers, still rocking their studded clothes and spiky hair, regardless of their age. After some more beer and chatter, we left and ended up at the World’s End. Despite the music still being mostly classic heavy metal such as Iron Maiden, the crowd seemed a lot more mainstream looking. It then got a bit late and we just went our separate ways. It was a lot of fun but it also makes me feel a bit sad as this was the last weekend we can spend here in London. Looks like I’m going to have to book that trip to Berlin after all.