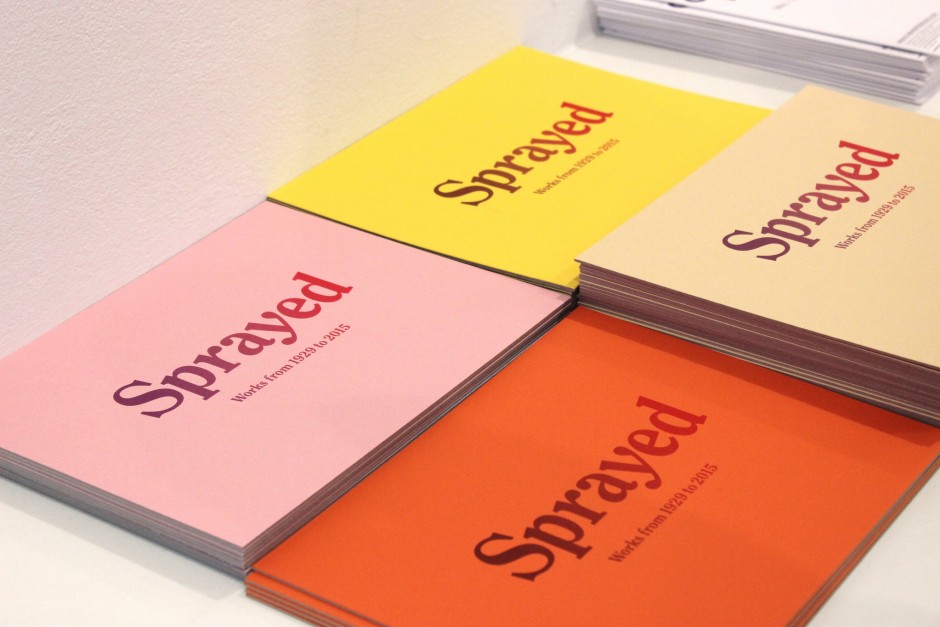 One of the great things about living in London is the possibility of seeing amazing art. And even better, for free – just because you can’t afford to invest, you’re still allowed to go around and take a look at what’s going on in some galleries. And some of them, will be so nice, they’ll even let you take some photos – we did ask to take photos for our blogs so we were happy, yay! 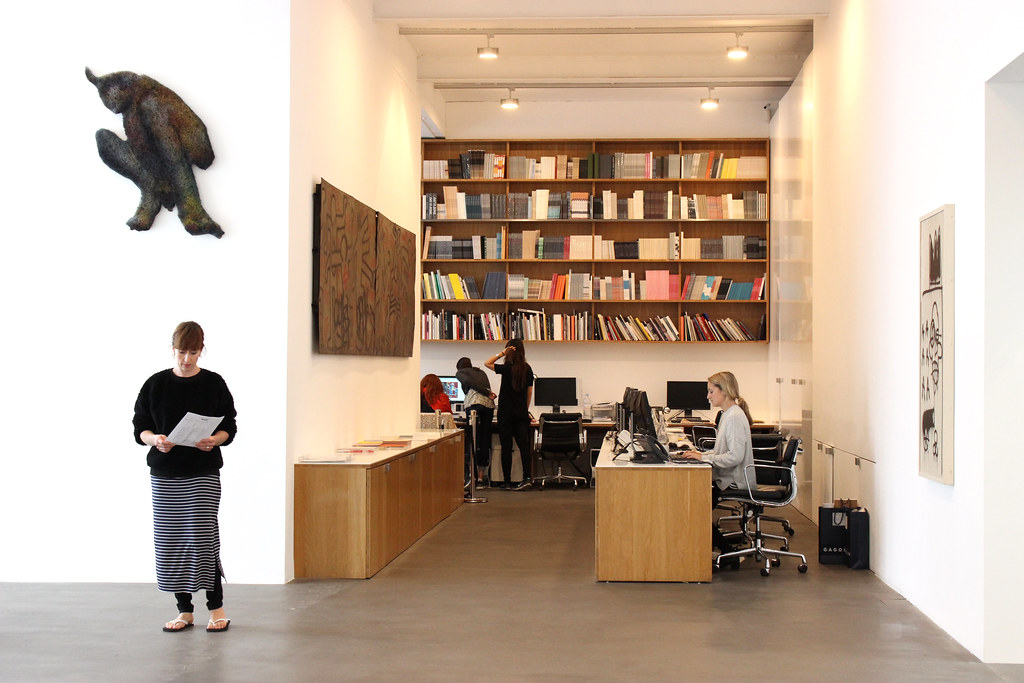 This was the first outing of the Blogger Douchebag Crew #BDBcrew, with the amazingly funny and colourful Axel from Solaris 100 and rest assured there will be more. 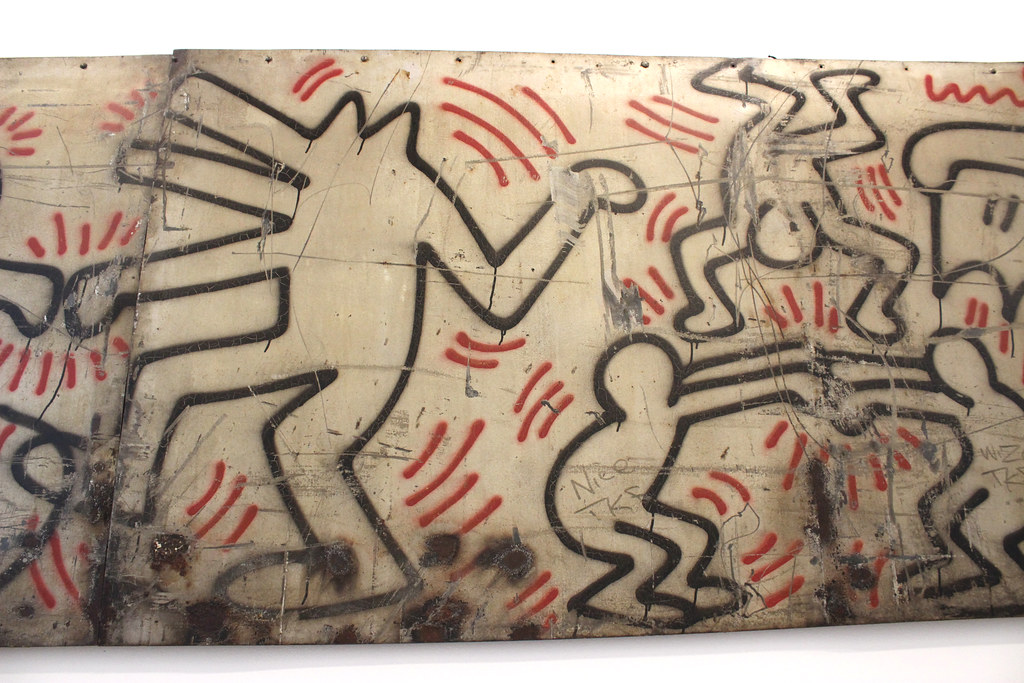 It was quite surprising. Not sure if in a good way, if I’m honest. You have plenty of works by famous artists such as Schnabel, Andy Warhol, Murakami, Koons, Haring or Basquiat, among others to look at, that’s for sure but most of the works on display didn’t really say much to me. 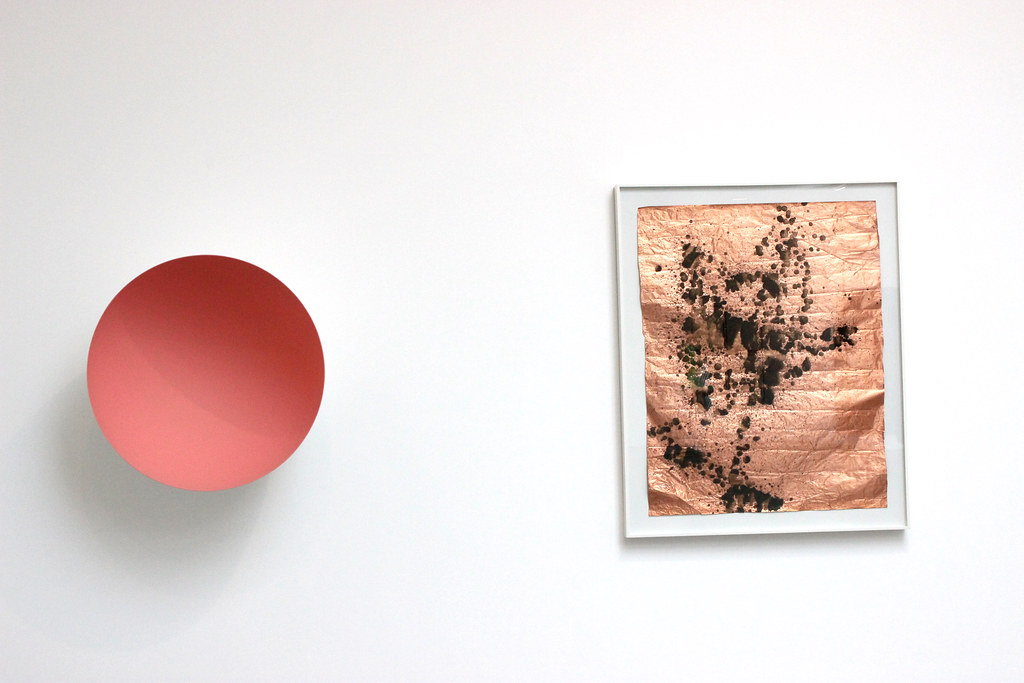 This was a collection of pieces that had in some capacity been made using a spraying technique. You might say Andy Warhol is going a bit too far in the spray category with his “Oxydation” piece, which is part of his Piss Paintings series, but I believe it is relevant if you take the term loosely and not just think of graffiti art. You may remember that scene from the film “Basquiat” where Warhol (played by David Bowie) is directing some dude to piss on some pieces of metal laid out on the floor. That’s pretty much what it is that you are now looking at – sorry I couldn’t find the segment on Youtube, though. 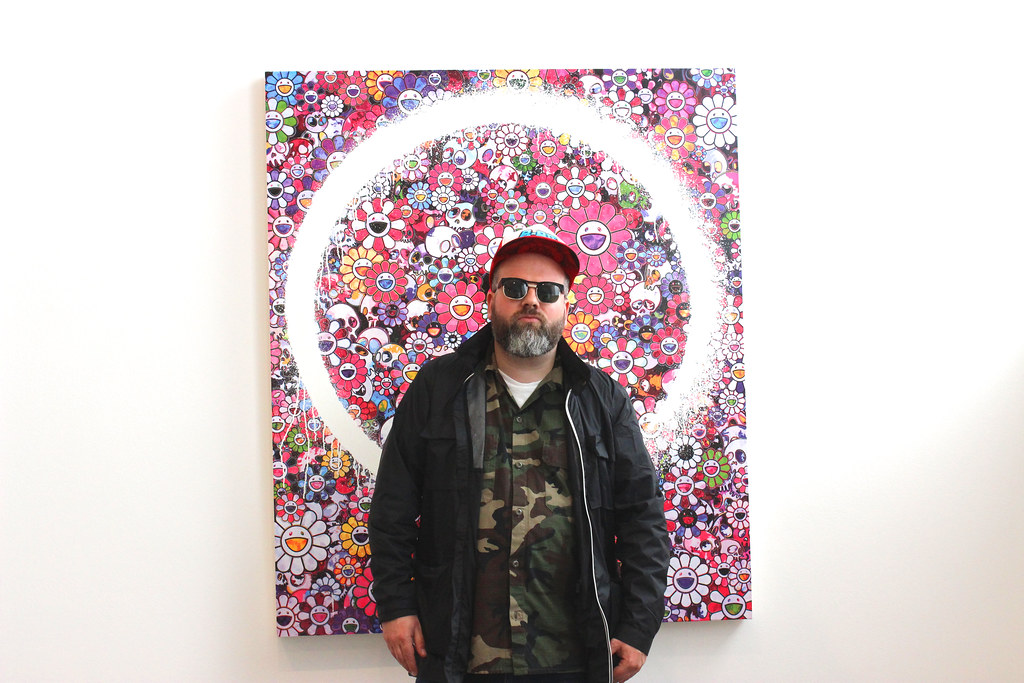 I did enjoy the more colourful pieces, particularly the Murakami. You can see Axel posing in front of it too. However, and this is a matter of personal taste, most of the pieces there didn’t stand out too much. 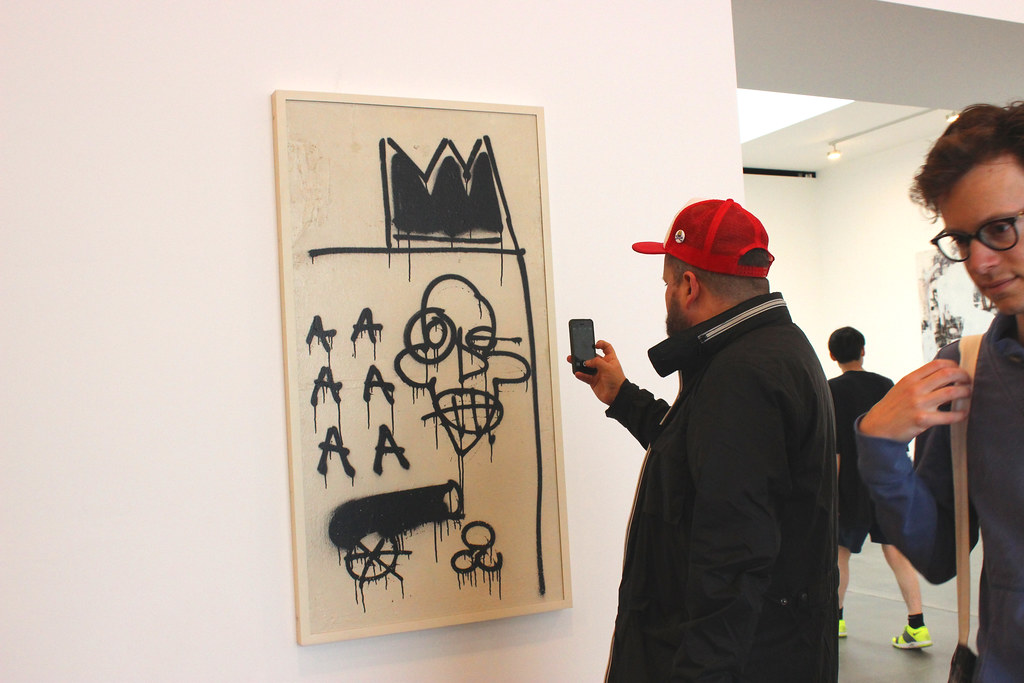 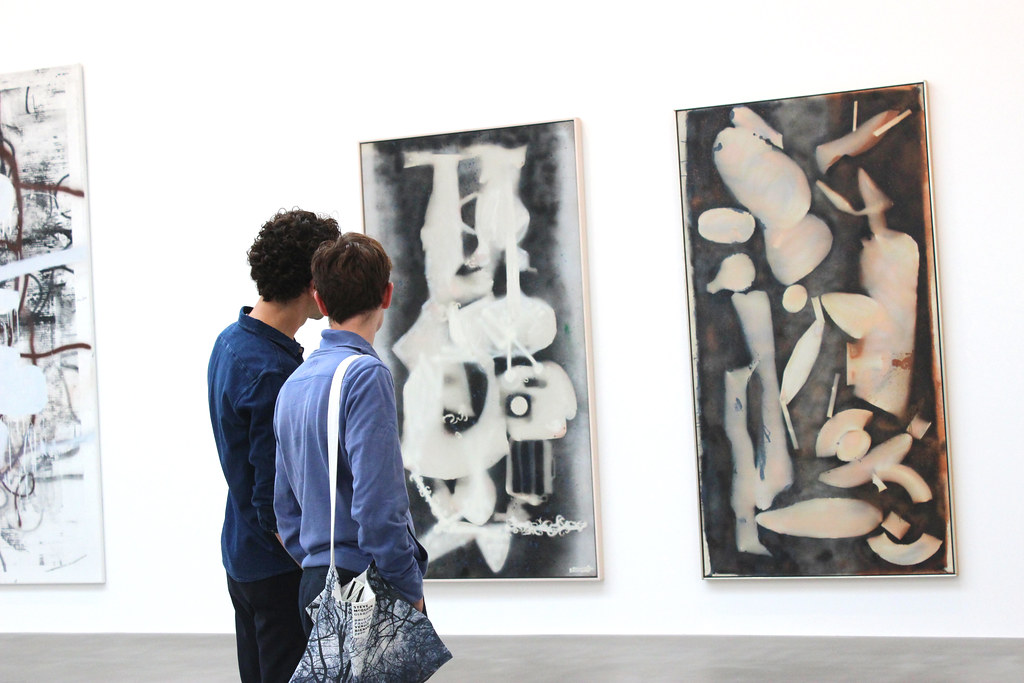 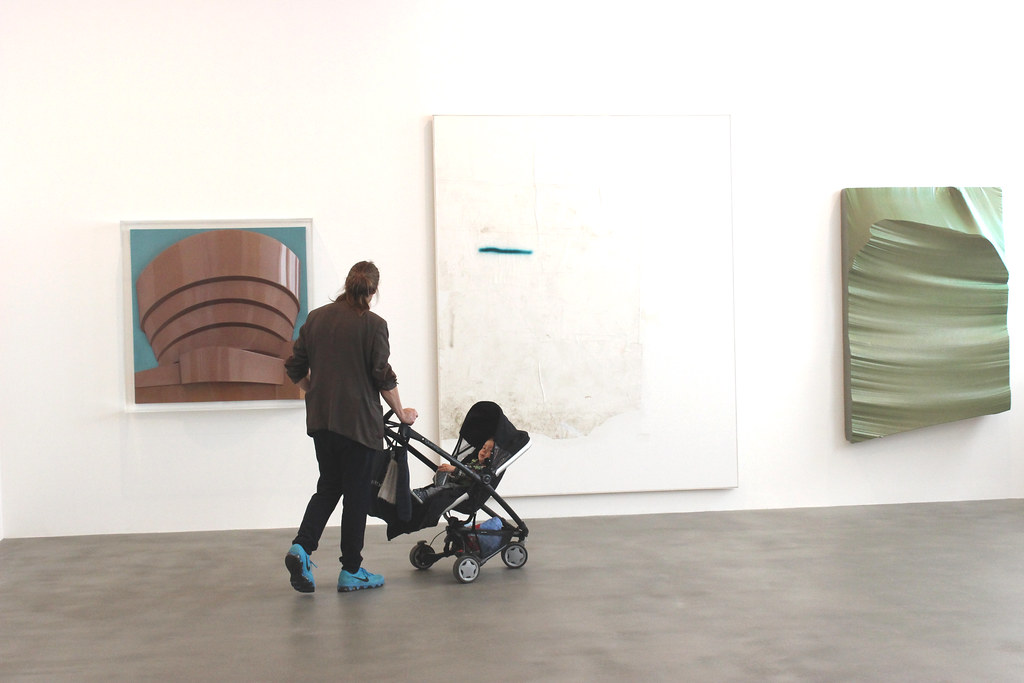 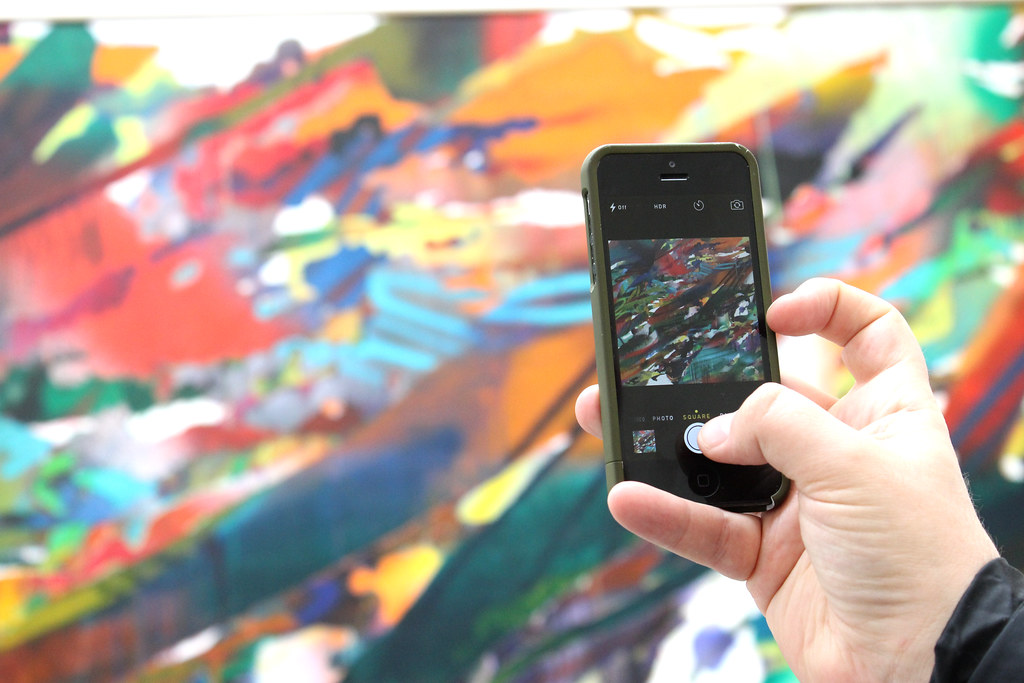 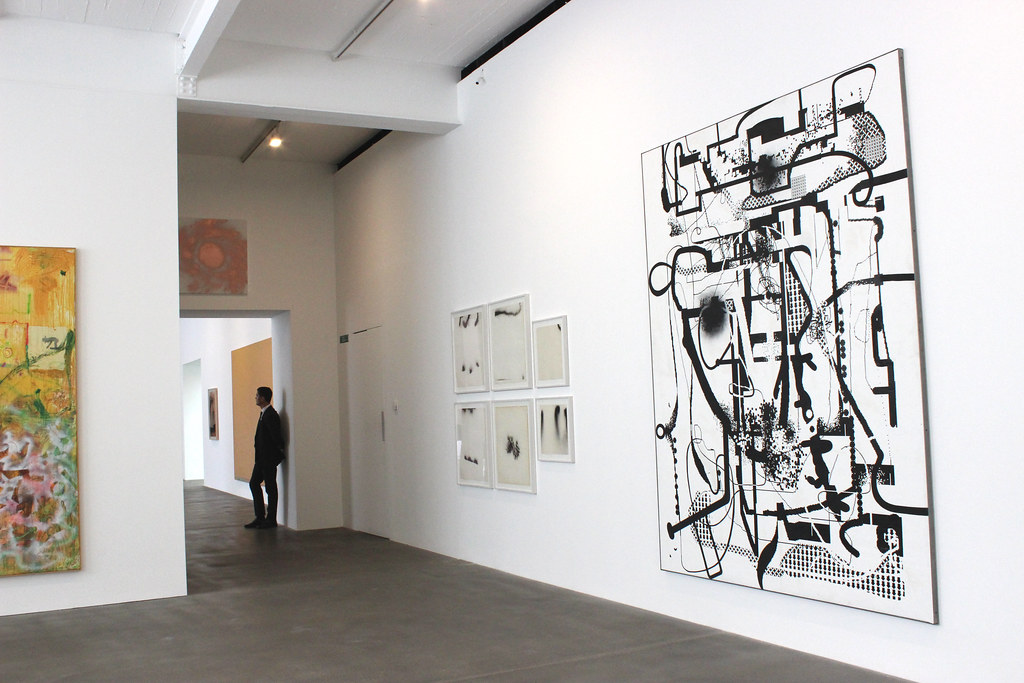 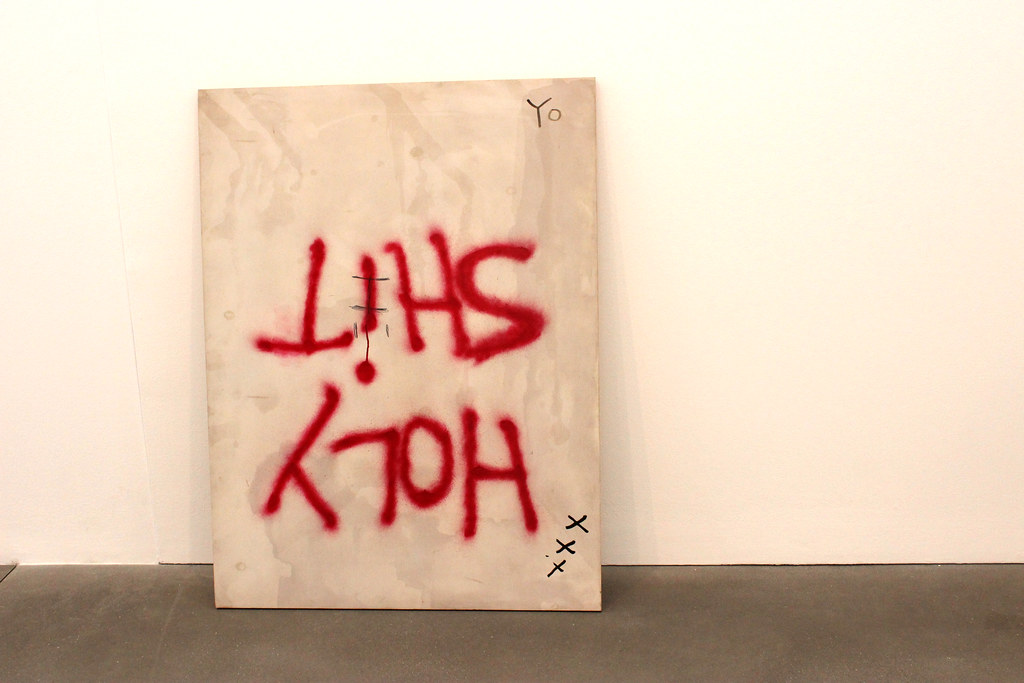 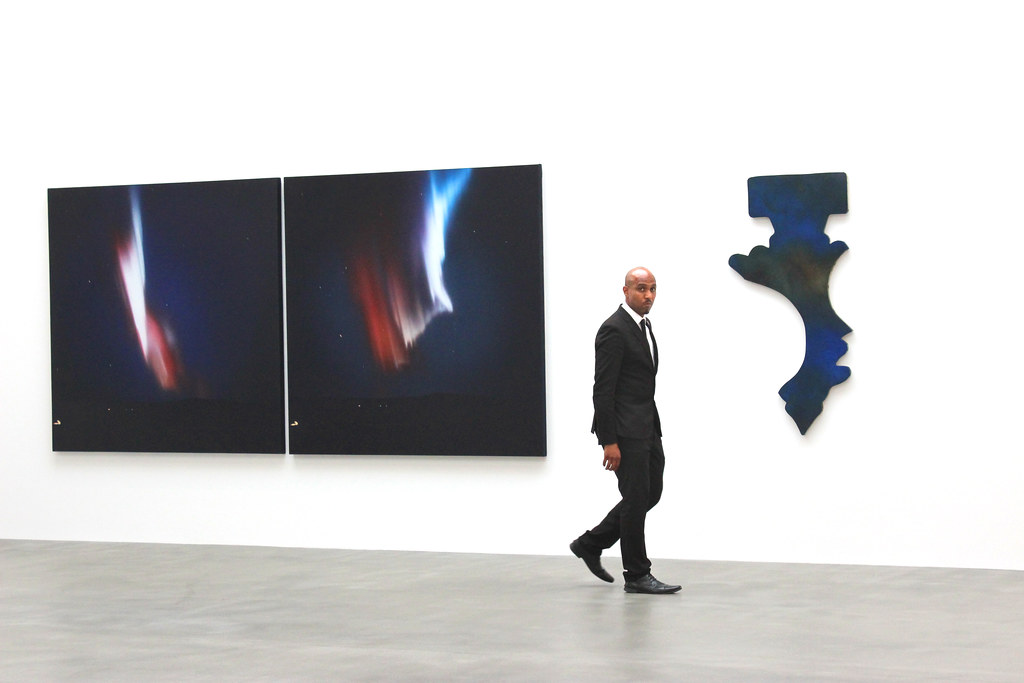 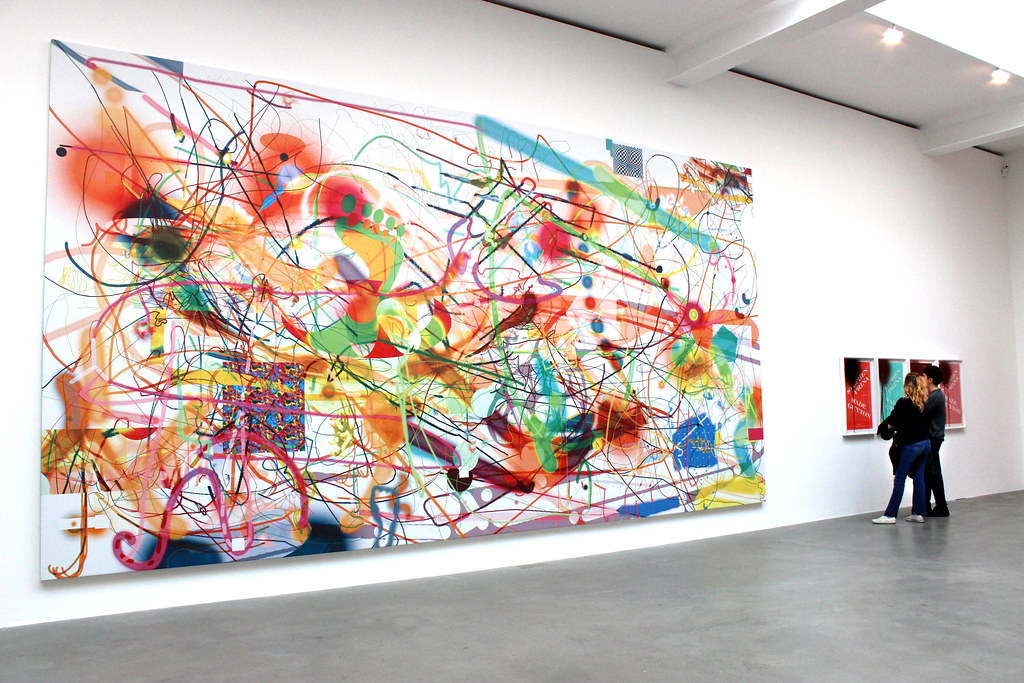 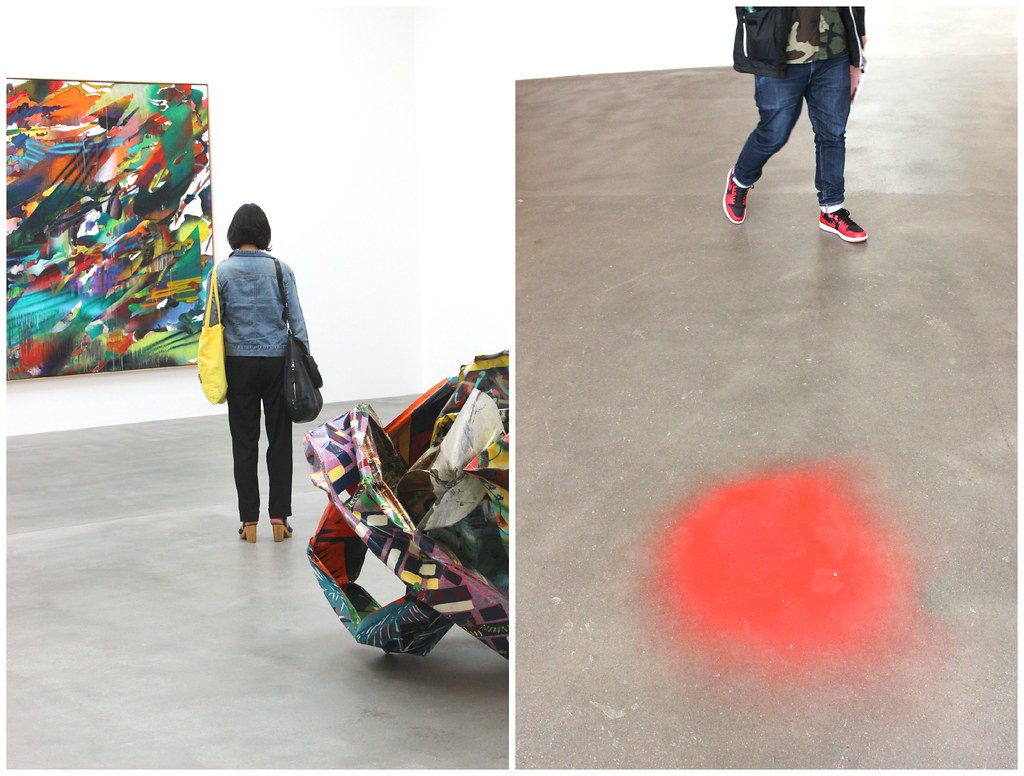 The colourful car crash remnants and Axel trying hard not to step on the sprayed dot with his cool sneakers. There was a security guard making sure that no one stepped on the pink polkadot on the floor. It was a bit silly and funny at the same time, to think of it as something precious. 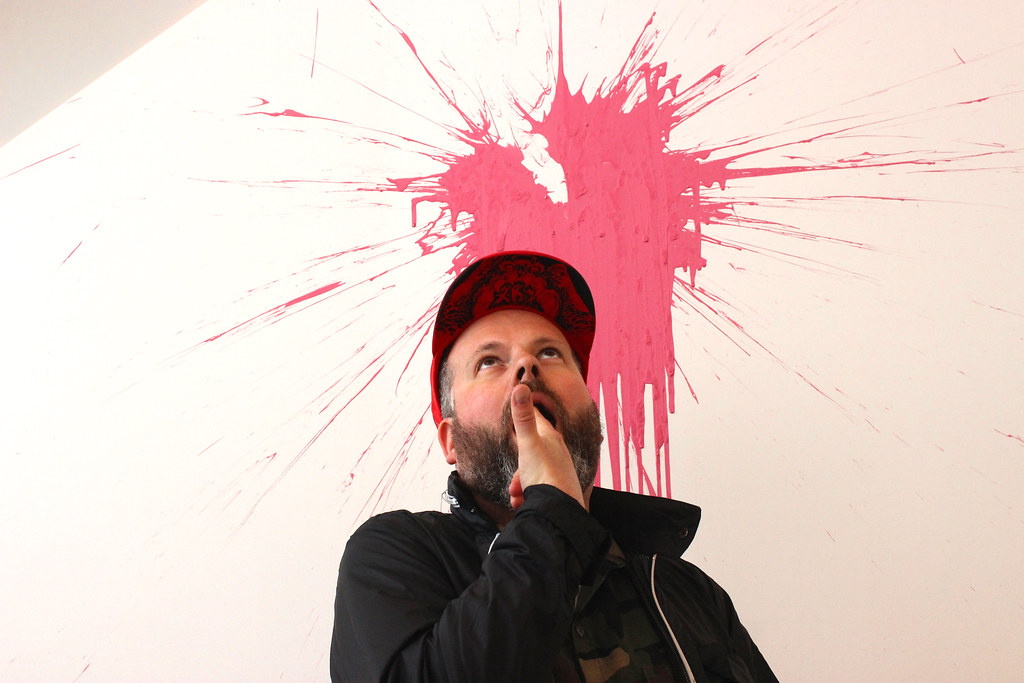 I had a lot of fun taking photos and just generally being silly and decided that the Blogger Douchebag Crew was to be taken out on the road again! Axel also wrote about this and you can read it here. If you’d like to go see for yourself, here are the details you need to know:

A day in Nottingham