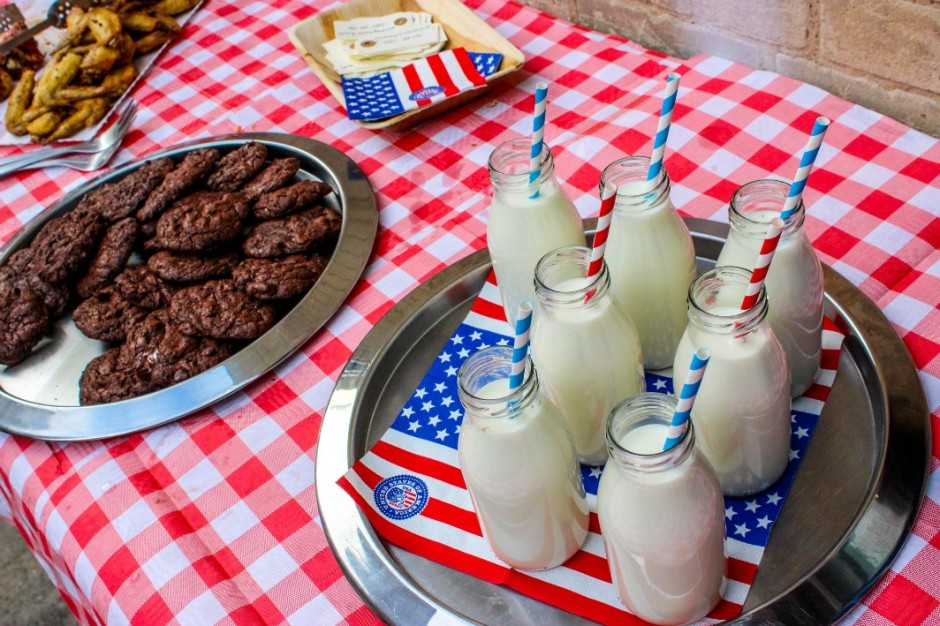 Last Saturday was July 4th and while that may not mean a lot to most people, it means something to anyone who has friends or family in the US. If you’ve watched enough films and TV series you will know that this is one of the big holidays in ‘Murica! Unfortunately, it’s not easy for everyone on this side of the pond to quickly nip over to the States to celebrate and this is where Three comes into the picture, to #makeitright. Three was the first company to provide Skype-to-Skype calls on mobile phones here in the UK, and knows how important it is to stay in touch with everyone on the other side of the world, so they organised the #July4thWithThree party, for a little taste of Americana fun, with bbq, star spangled banners, a photobooth, Skype call stations and the opportunity to try out the new Samsung S6 phones. The Blogger Douchebag Crew #BDBcrew was invited and this is what went down: 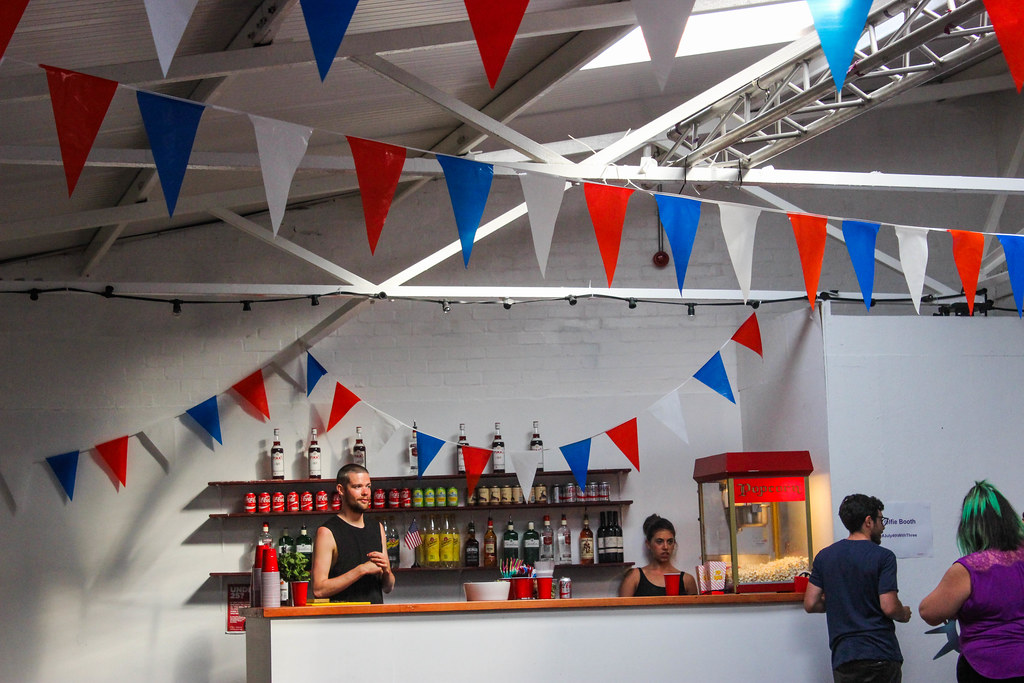 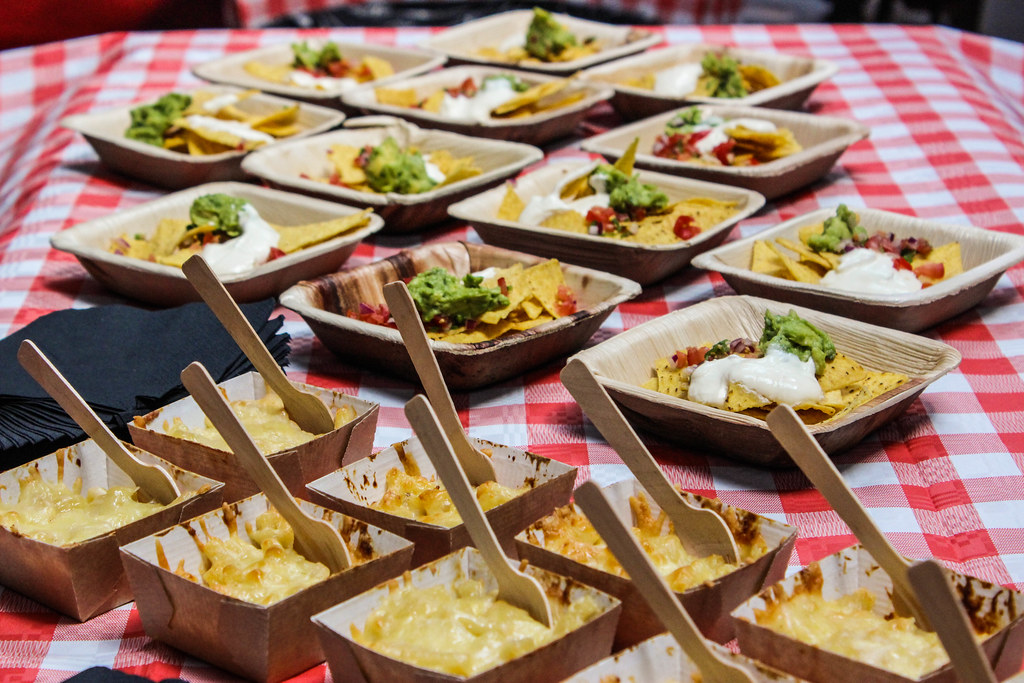 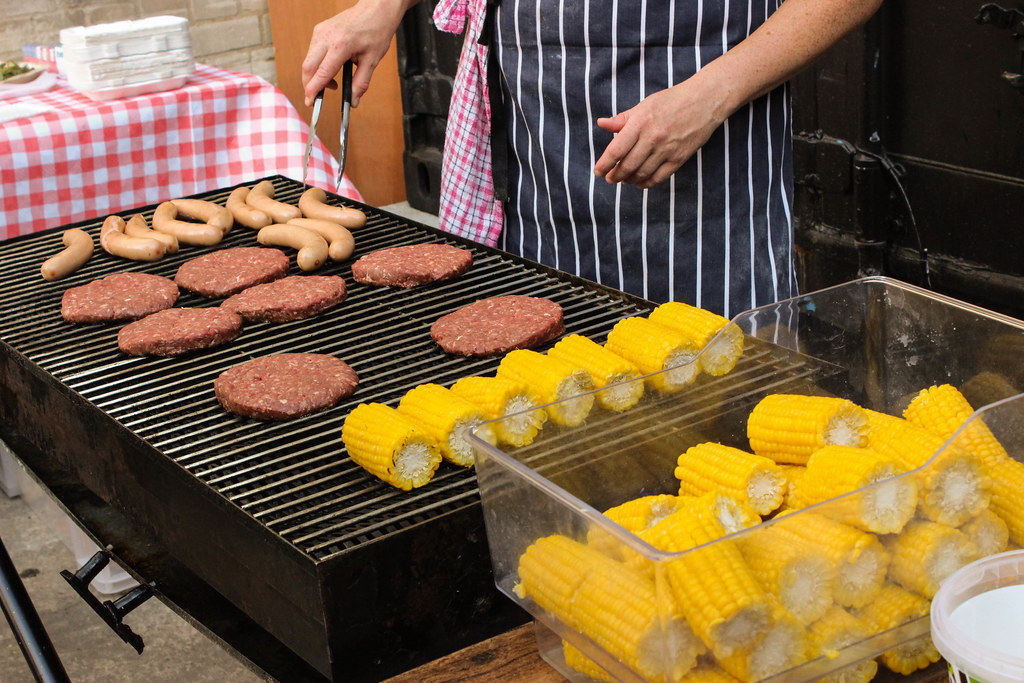 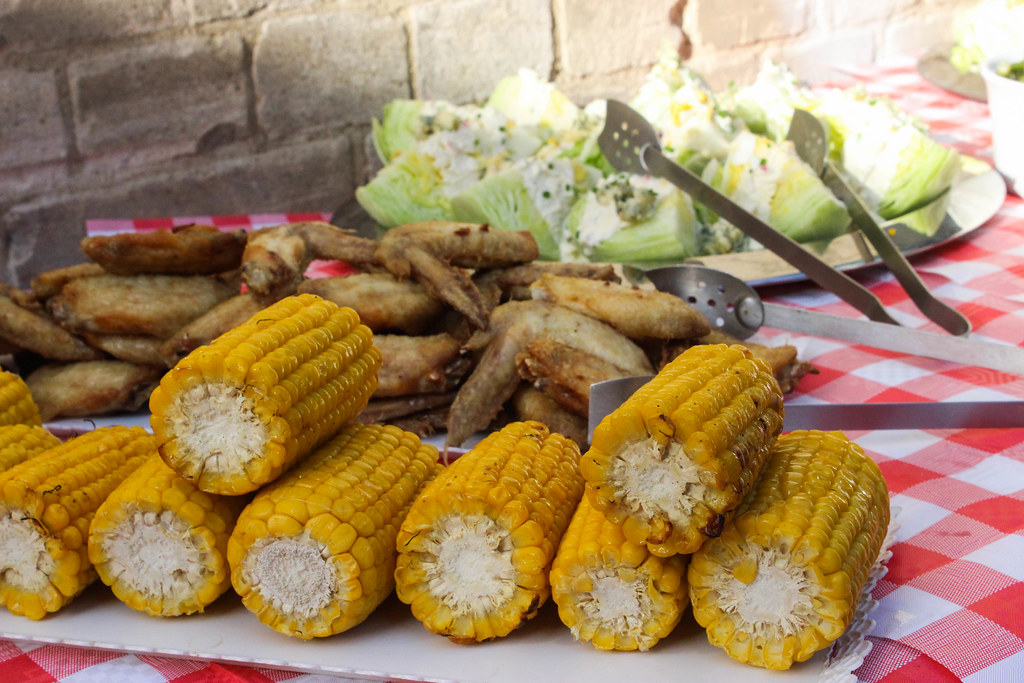 What’s more American than corn on the cob? Not a lot, I can tell you. 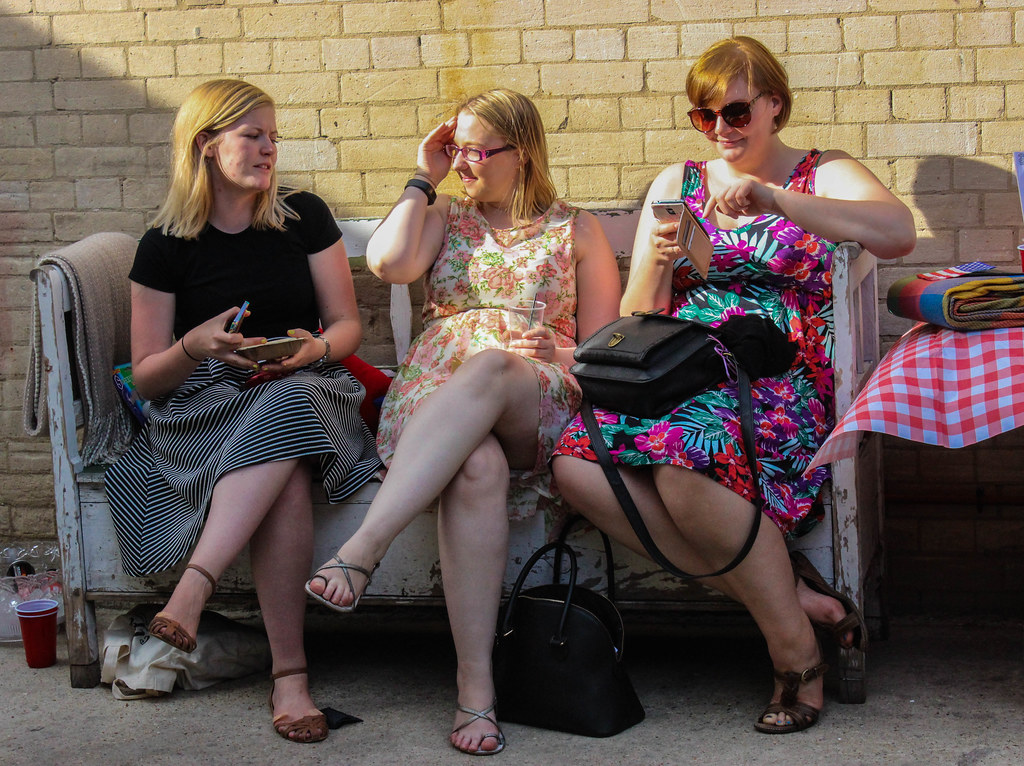 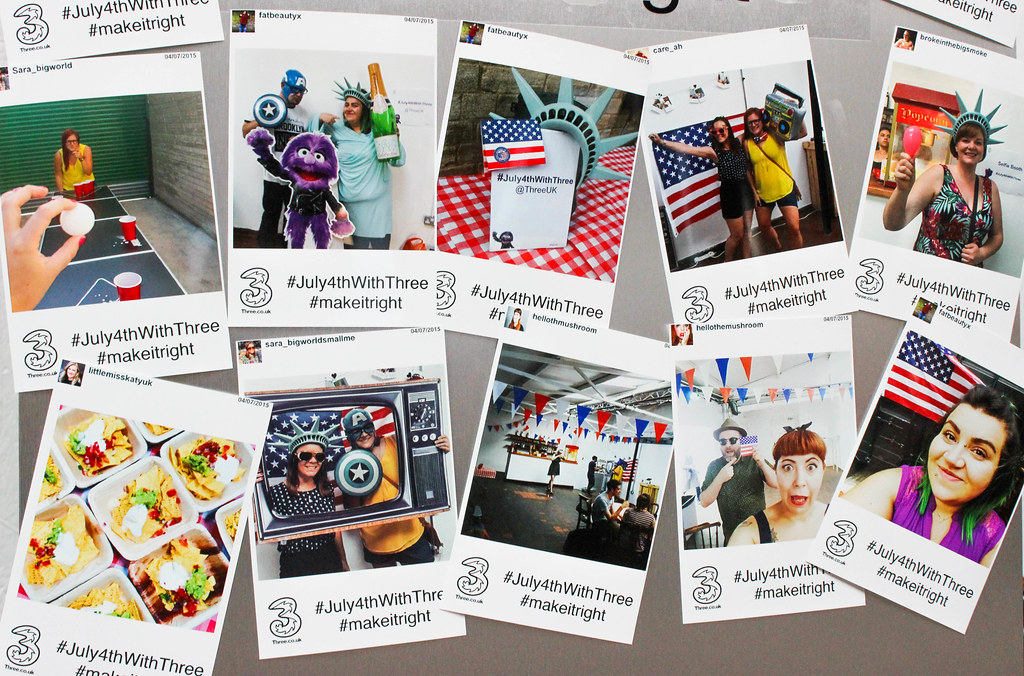 I love a good photobooth and this was no exception! 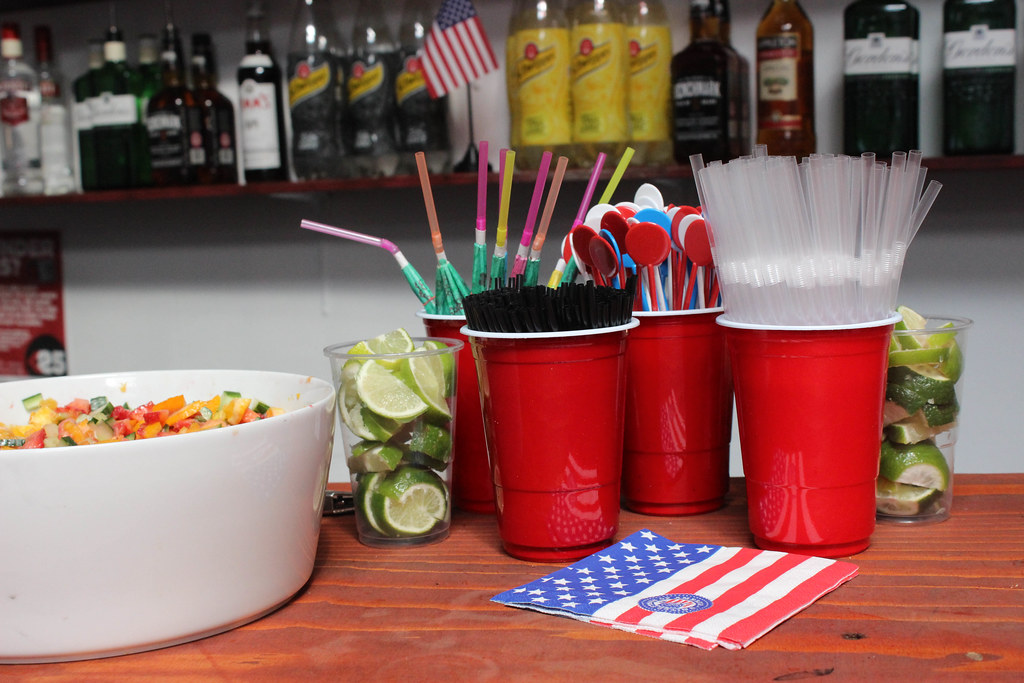 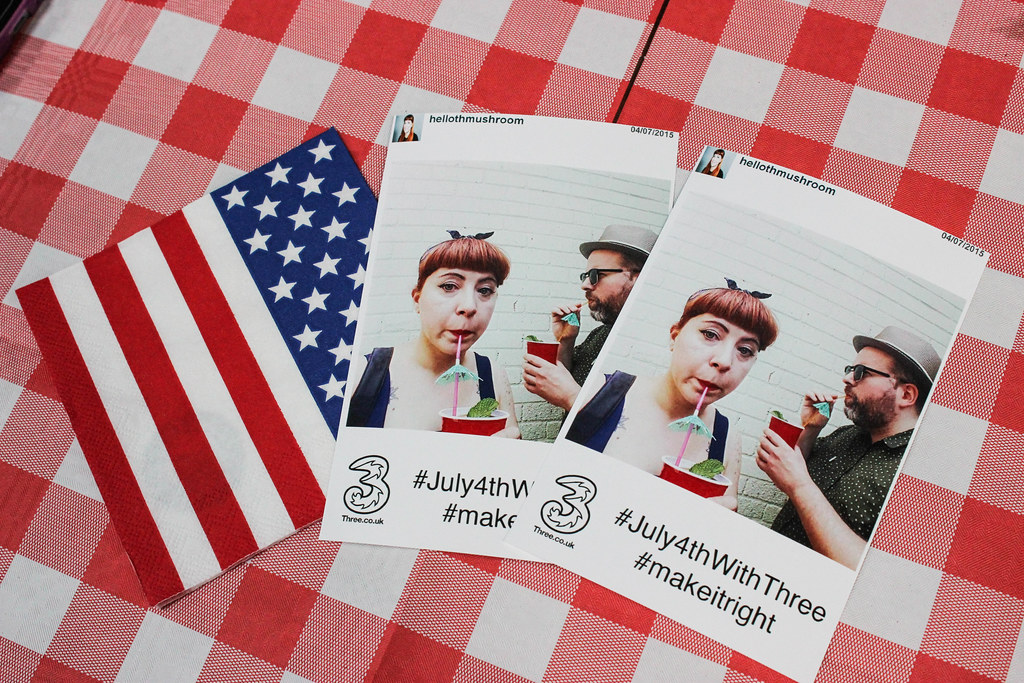 The Blogger Douchebag Crew doing what we do best, after tweeting and instagramming: drinking.

I was happy to try out the new Samsung S6 – I am due for an upgrade in September and my current S4 is starting to lag, not to mention that the new ones have incredible cameras. See for yourself:

This photo was taken with my current Samsung S4, whose technology is now over two years old.

This Blogger Douchebag Crew photo was taken with the front facing camera on the new Samsung S6. Can you see how much crisper it is? I can’t wait for September now. Handing it back at the end of the event was totally heartbreaking! 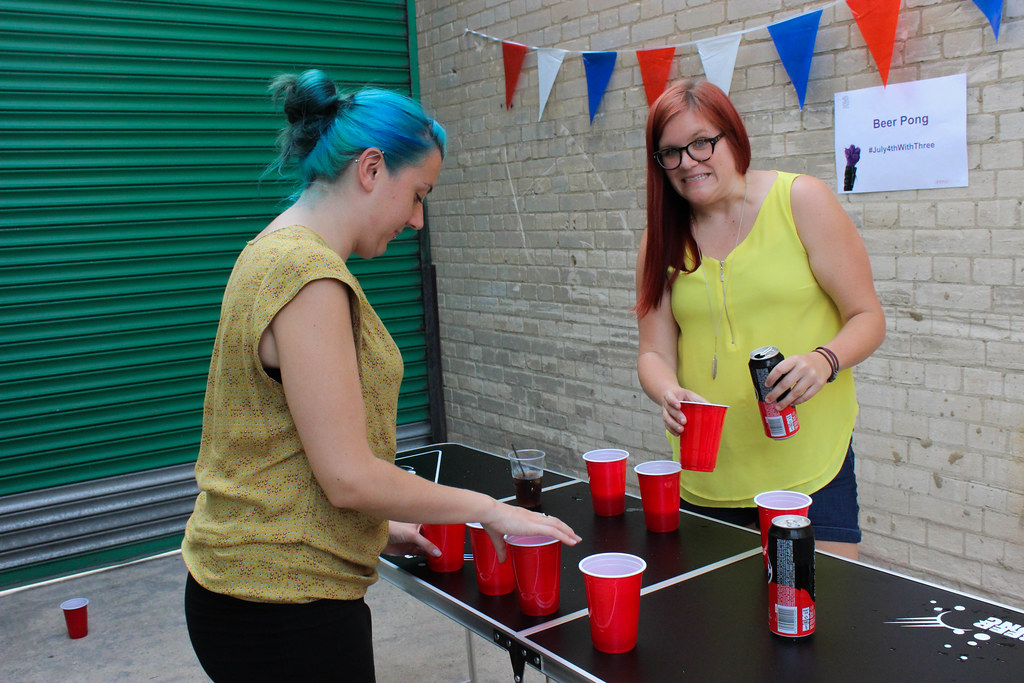 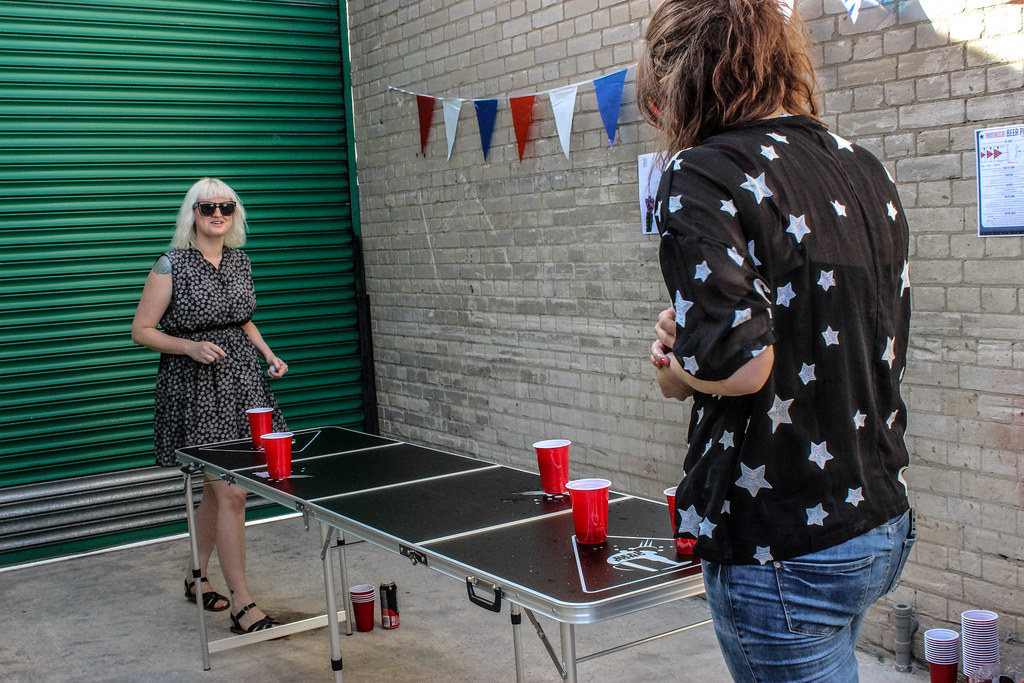 The beer pong got very animated and thankfully there were enough North Americans present that were able to explain how the whole thing works! The beer pong was followed by cup flipping: 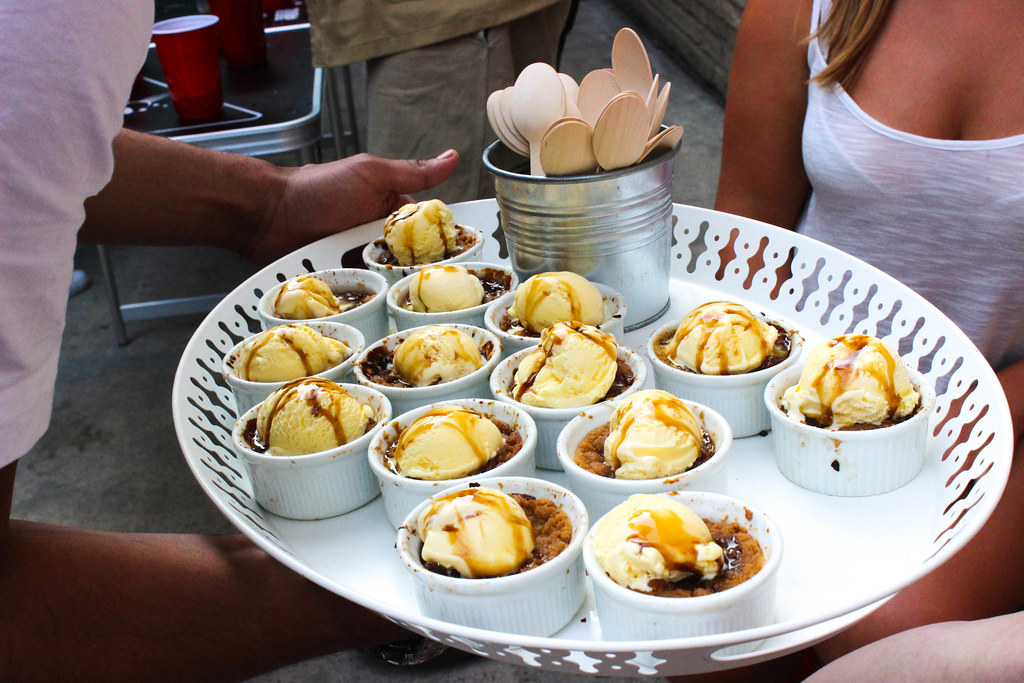 Who can can say now to this bourbon apple pie and vanilla ice cream dessert? I know I didn’t.

Thank you Three, for the invite! July 4th wouldn’t have been the same without you!