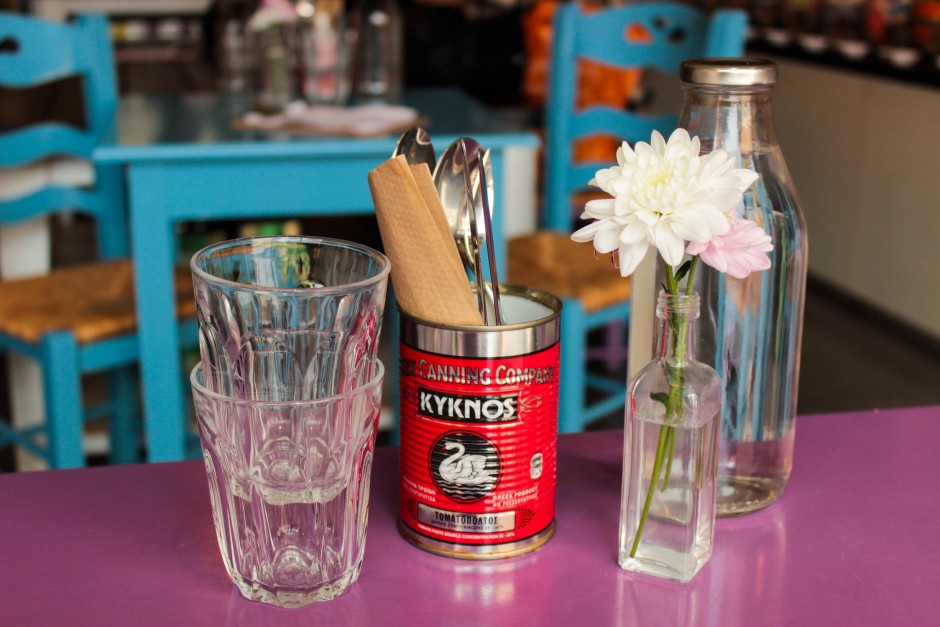 If you live around Broadway Market in East London or visit it occasionally, it is likely that you will have stumbled upon this gem set on a side street, off the main road. I’m talking about Isle of Olive, a Greek deli and supermarket where you can eat what to me are probably the best stuffed vine leaves in London. (I’m sallivating just thinking about them, seriously…) 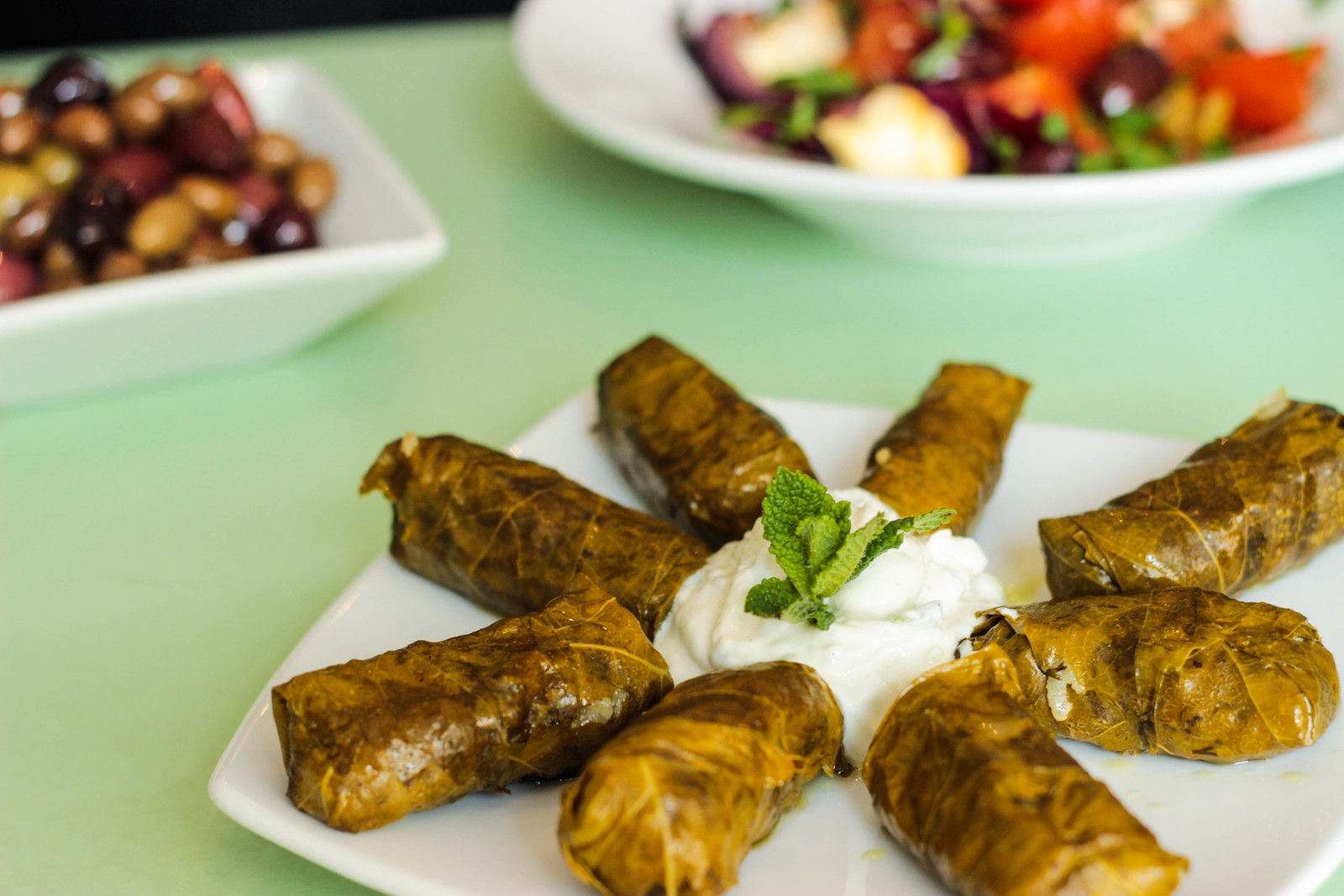 As always, I love hearing the story behind a successful business and it was with interest that I heard Paulina’s tale. Isle of Olive started in September 2011, 6 months after owners Paulina and husband Greg decided to take a break after their jobs ended. They went travelling and ended up in Crete and after two months on the beach, they were thinking about what to do after they came back to London. They really didn’t want to go back to an office job and were open to ideas. A friend suggested they meet with their uncle, an olive oil producer to possibly import the products to the UK. Life has a funny way of presenting opportunities when you least expect them and everything kind of fell into place. 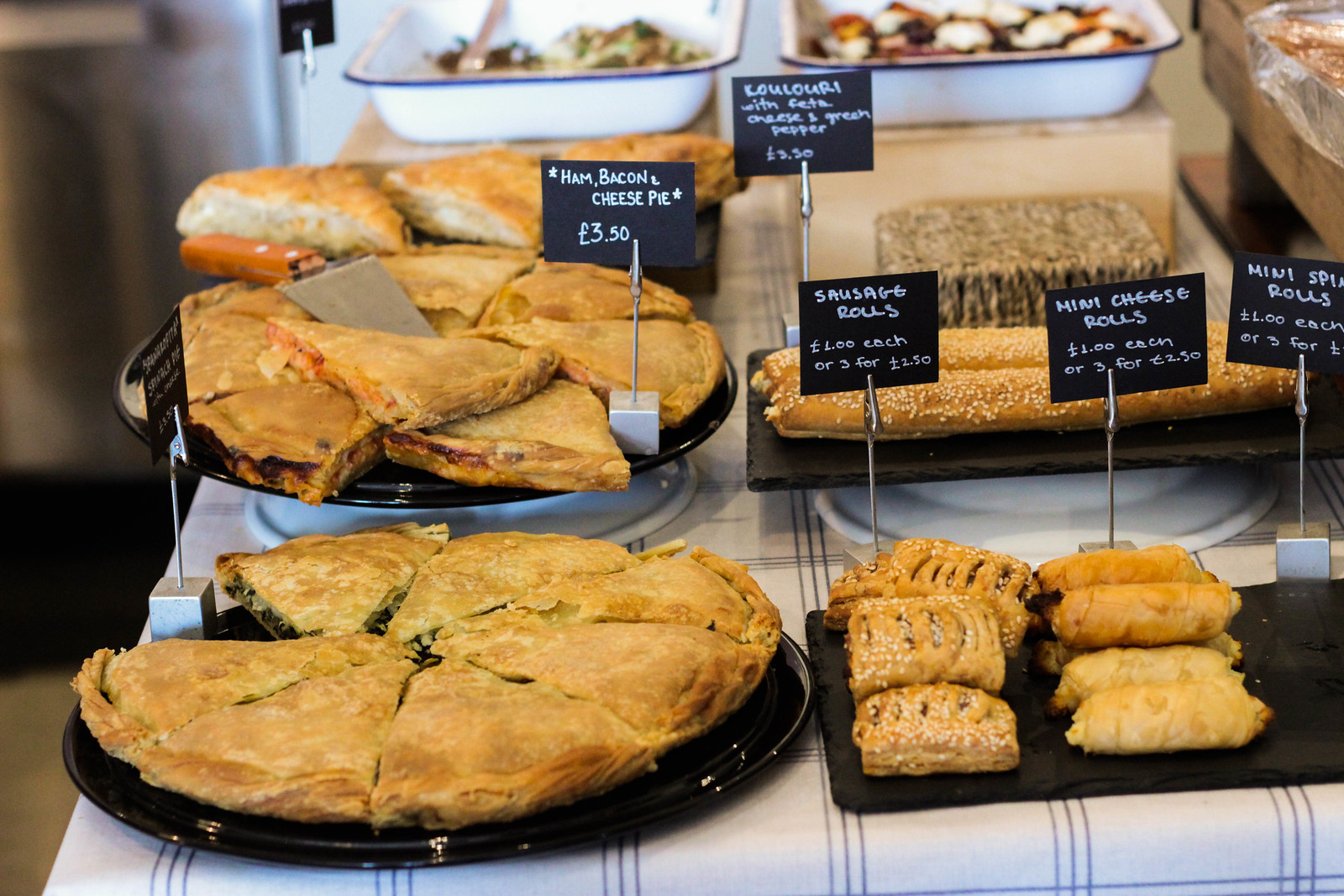 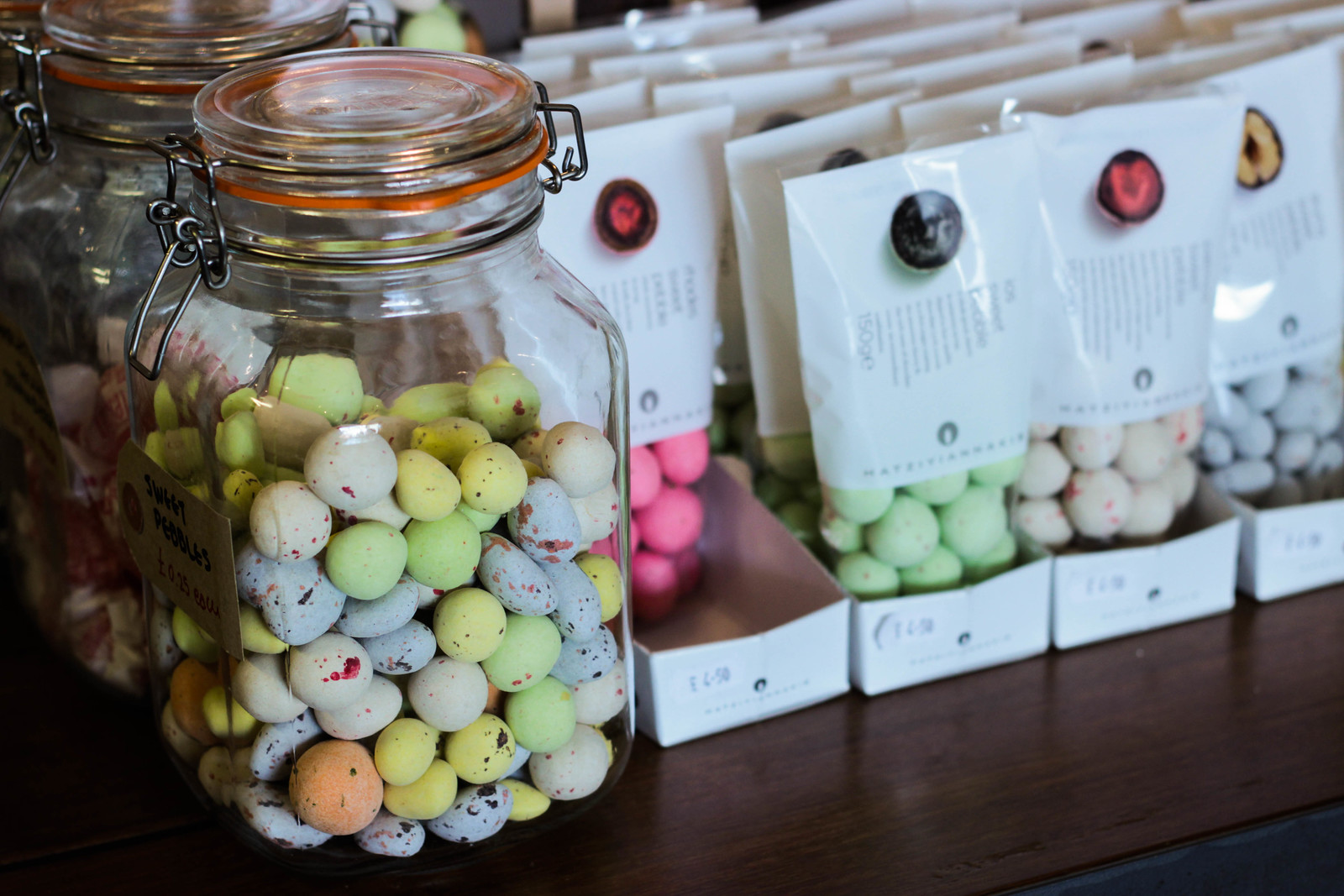 So, the idea stuck and they started with market stalls, selling Greek olive oil all around London. They started with one producer and as the business picked up, they started growing the list of producers and products on offer. This went on for 2 years which made them realise that there was a market for a Greek specialty food shop. By now they had a good portfolio of contacts back in Greece and had a good idea of what people were interested in buying. 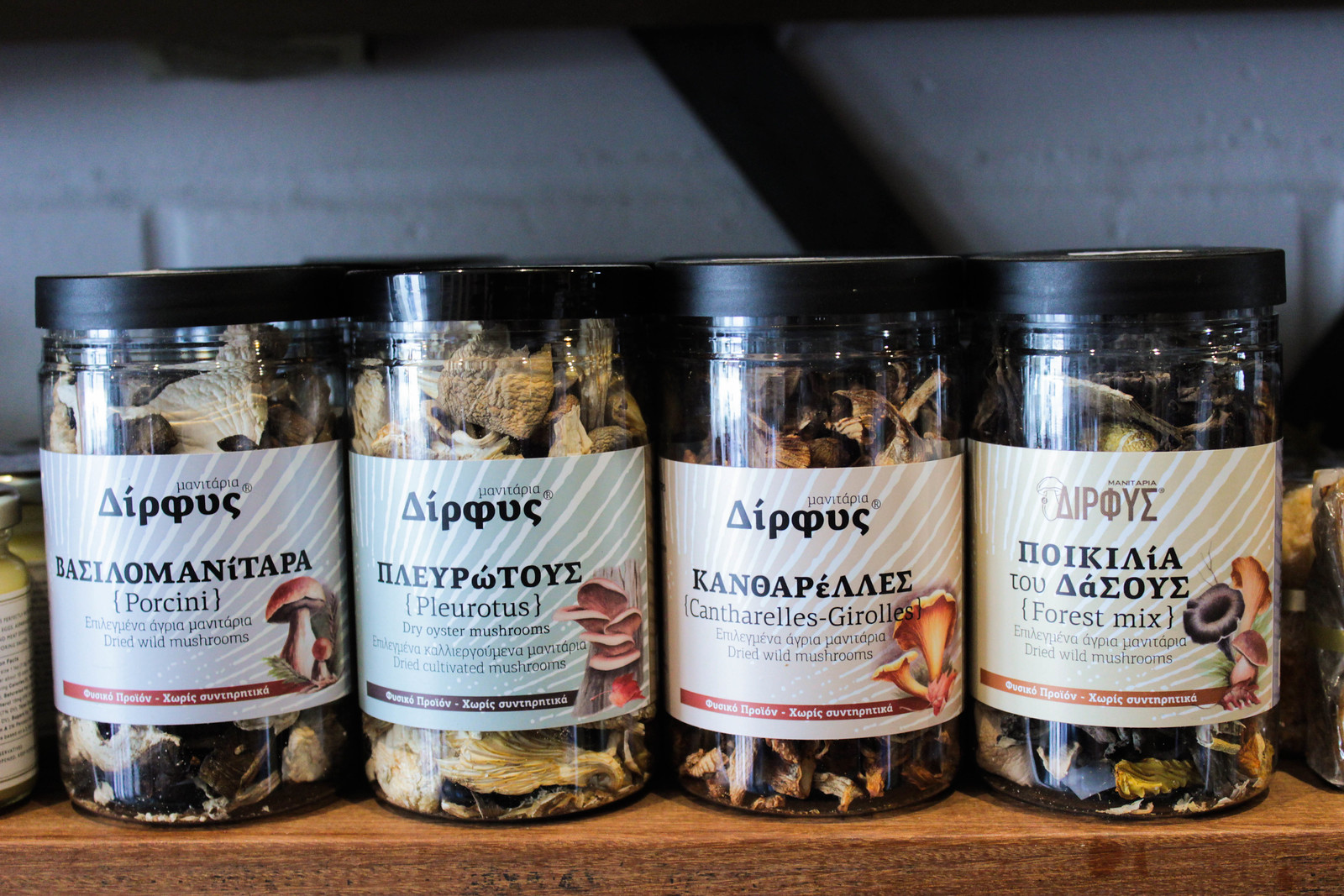 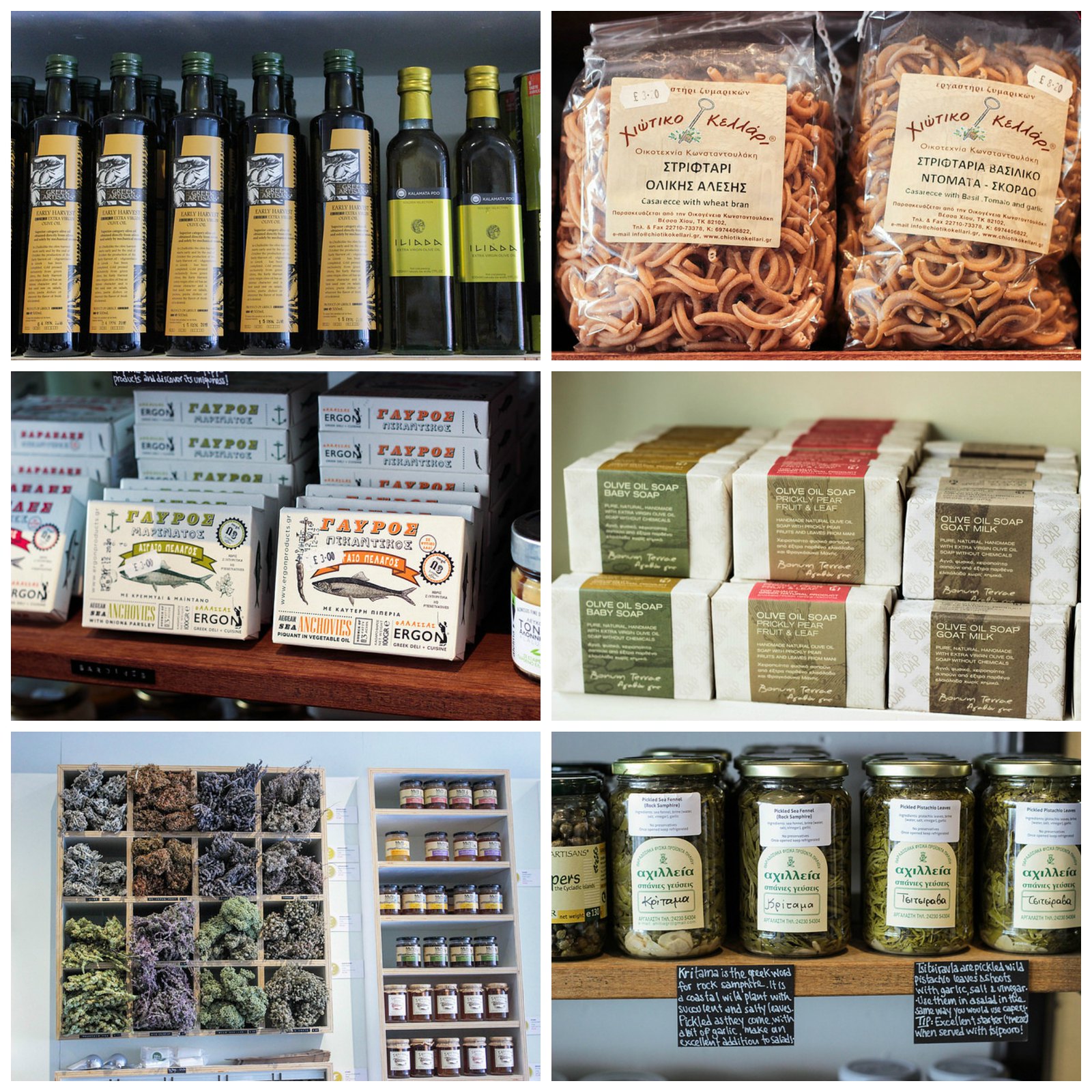 Previously there weren’t a lot of Greek products available in London, at least not the best quality ones, only occasionally some tinned goods randomly in off-licenses. They decided to set up shop in East London as they had been living in the Hackney area for 10 years and it’s an area that’s been booming ever since with new food related businesses opening and changing the way Londoners eat. 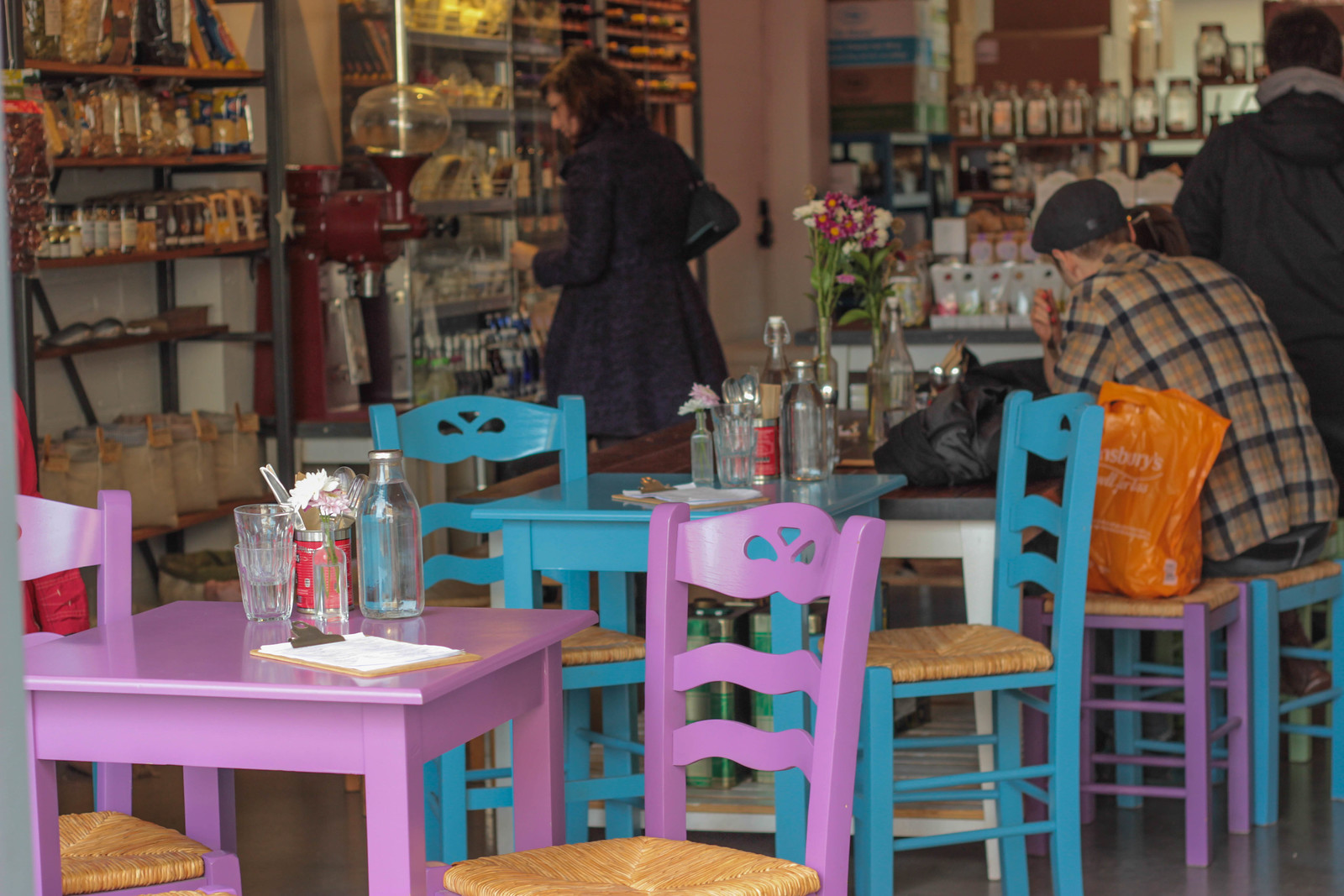 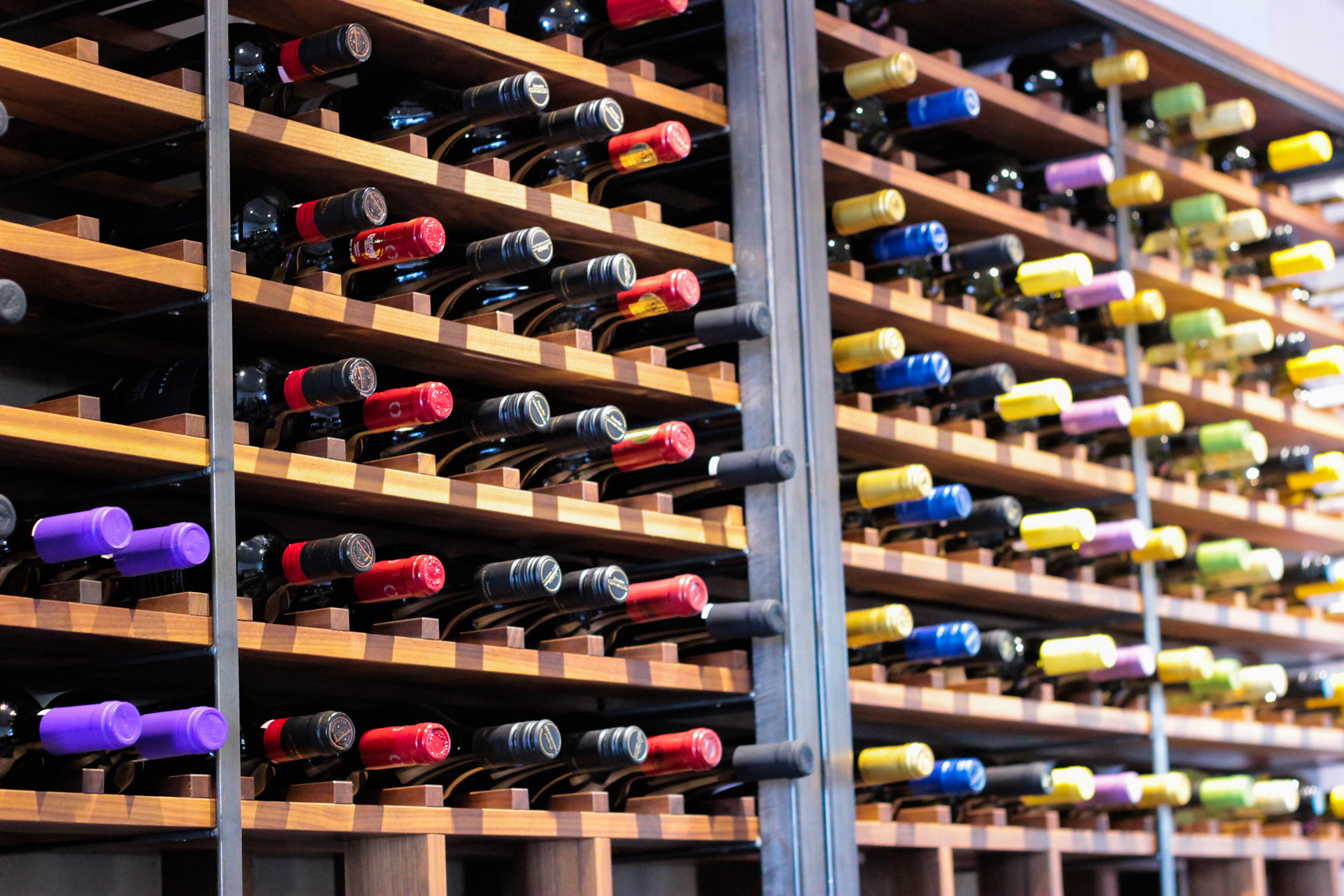 The shop opened in June 2013 and it’s been evolving ever since. They work directly with small producers and cooperatives in Greece, sourcing everything themselves, making sure that products are not only of good quality but also ethically produced. 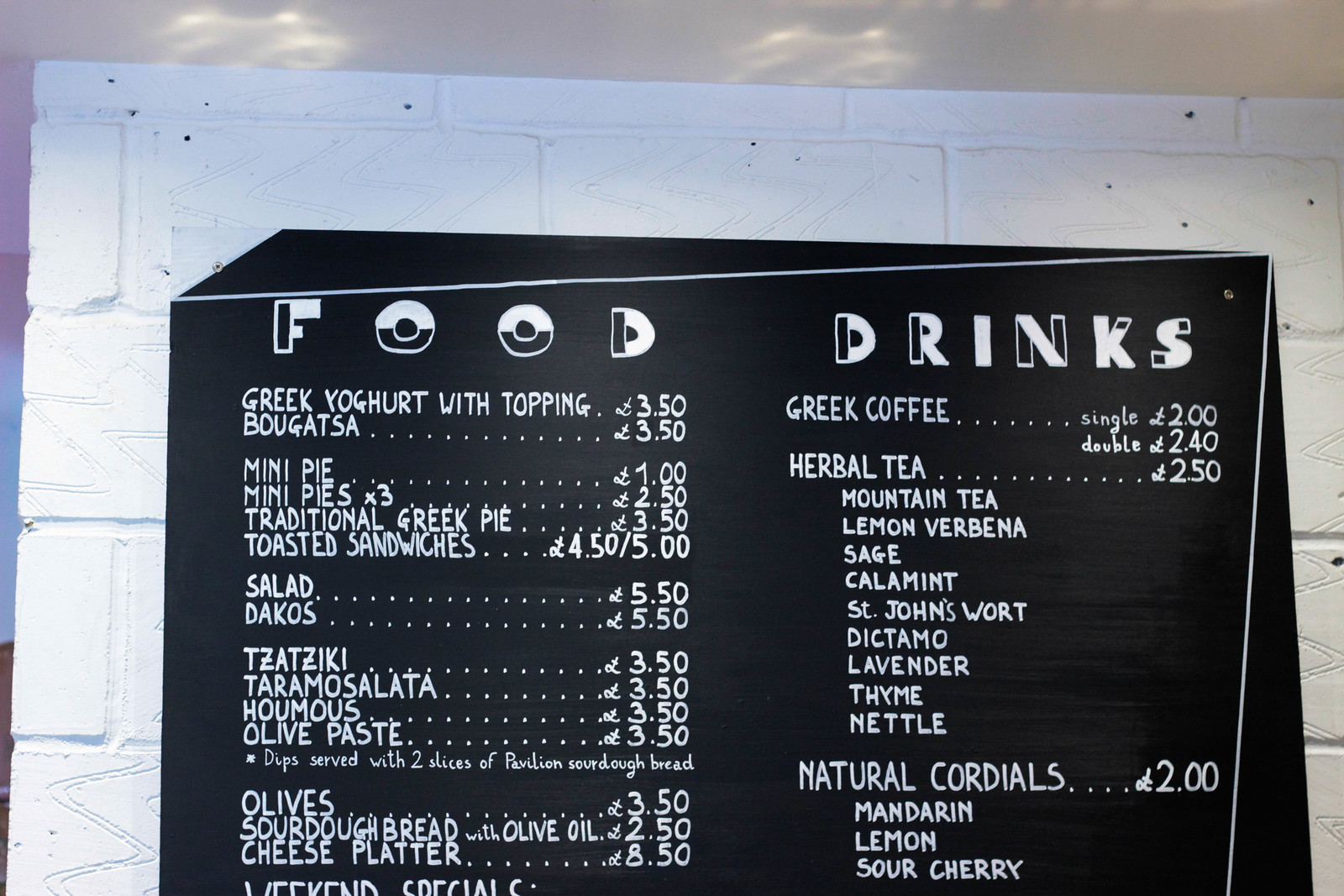 Looking around the shop, there are products from all over Greece – with the main focus in olive oil, olives, honey and herbs. You can also find nice wine (check out that wine wall!), cheese, food preserves, jams and pasta. Mostly on weekends you will have little things to eat – freshly baked pastries or greek yogurt with honey and almonds. If you’re looking for a light meal you can also have cheese boards, salads or toasties and on weekends, a main dish – just look out for the specials board. 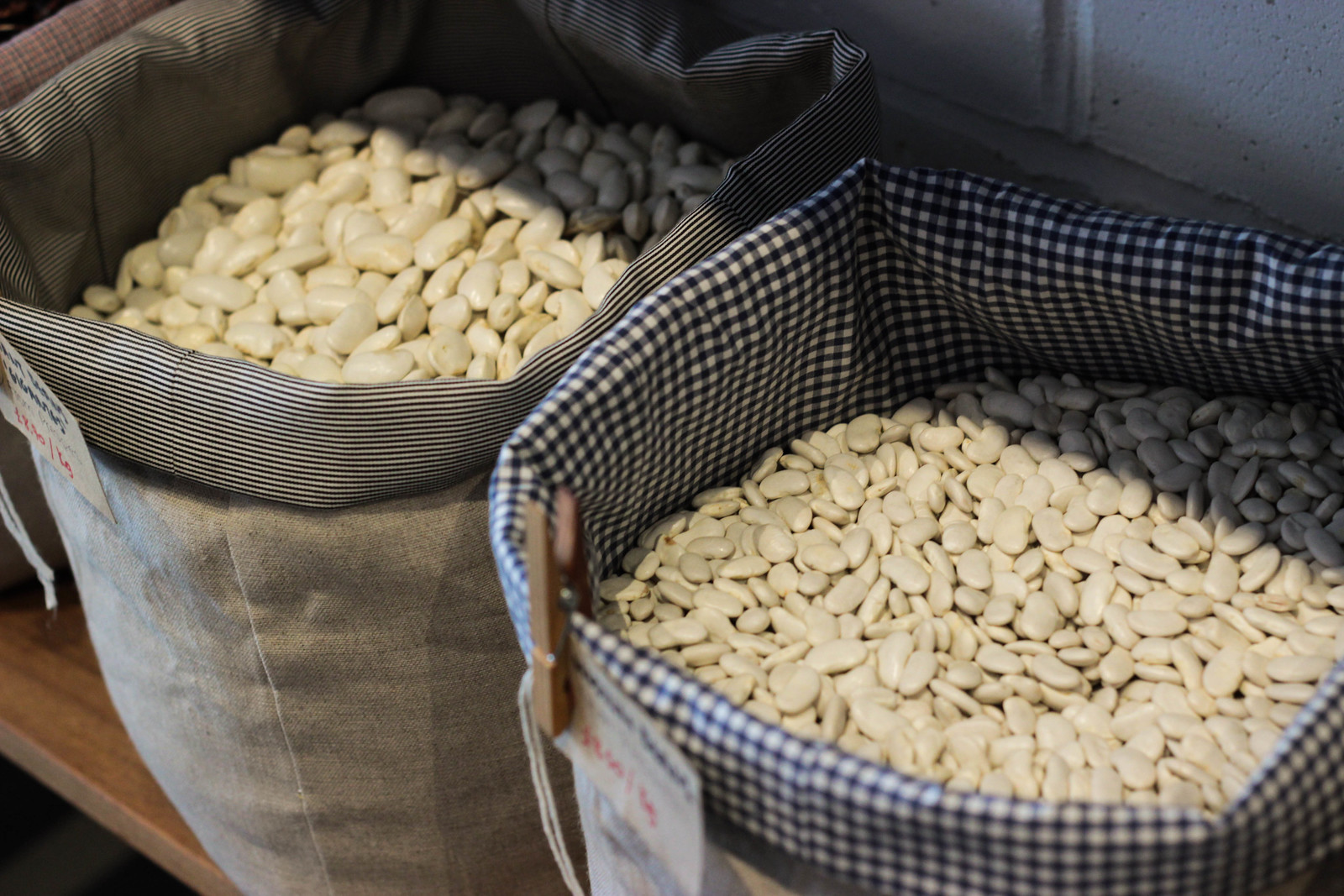 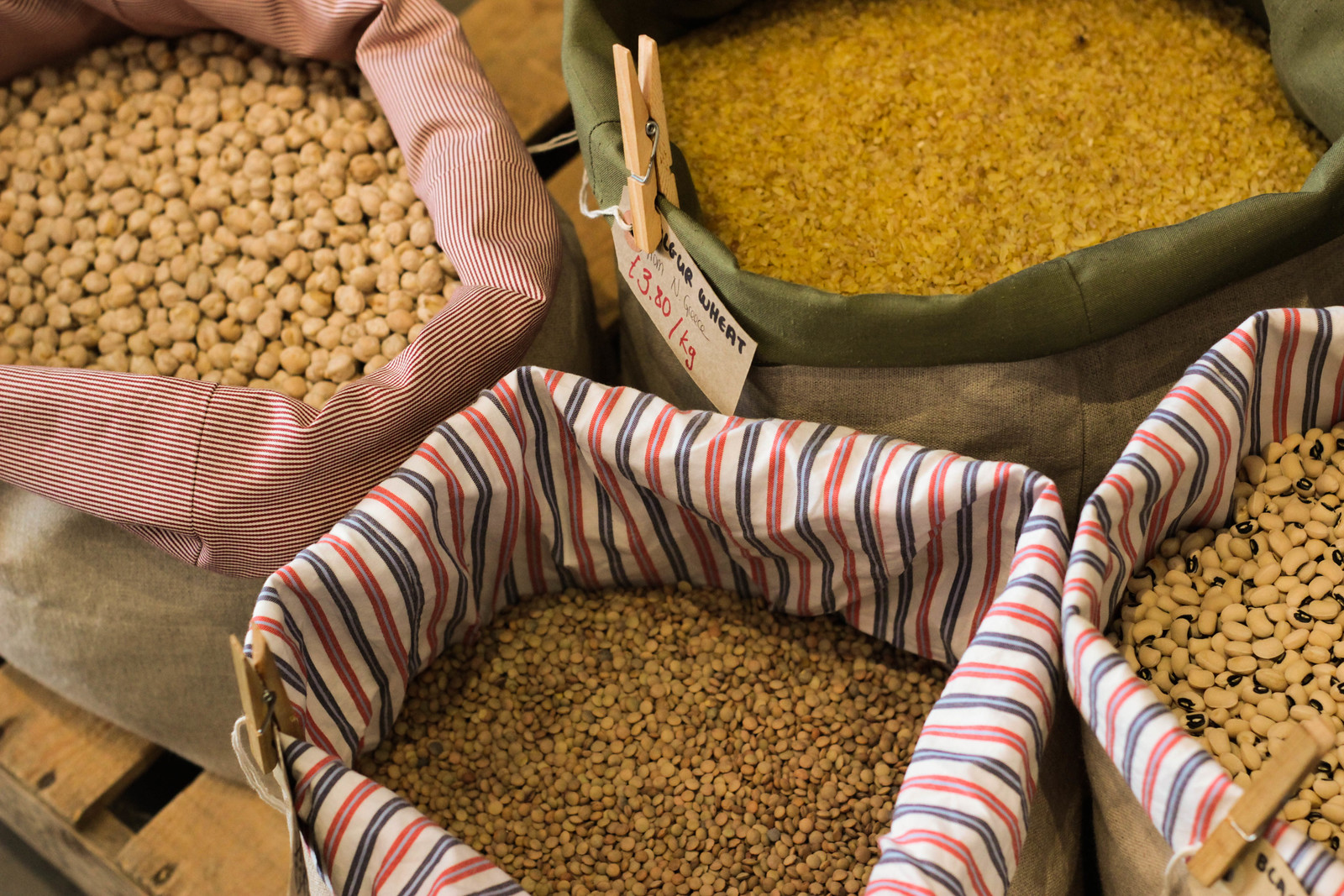 Regularly Isle of Olive also holds events – cheese and wine tastings or themed supper clubs, which tend to sell out rather quickly on Facebook. 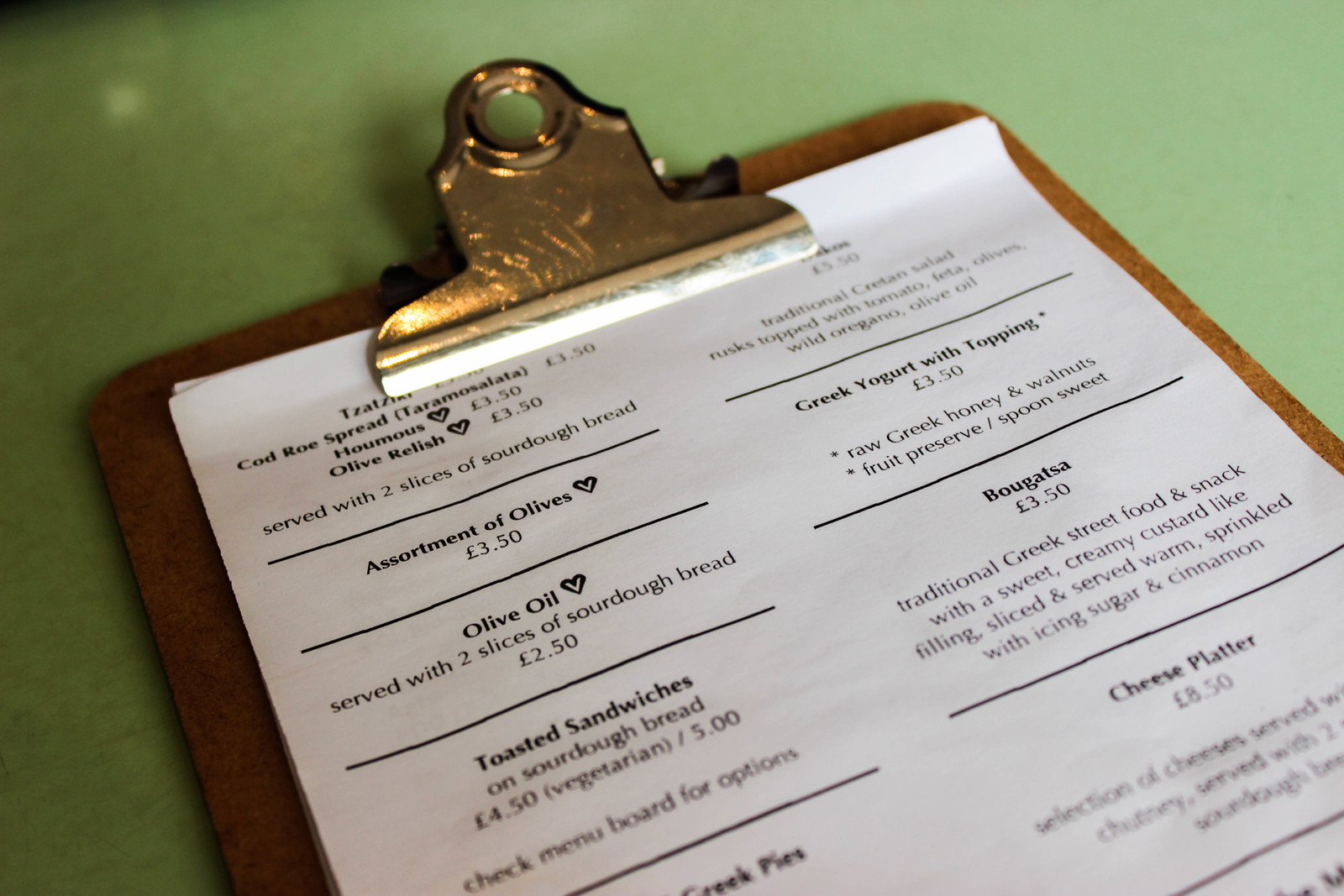 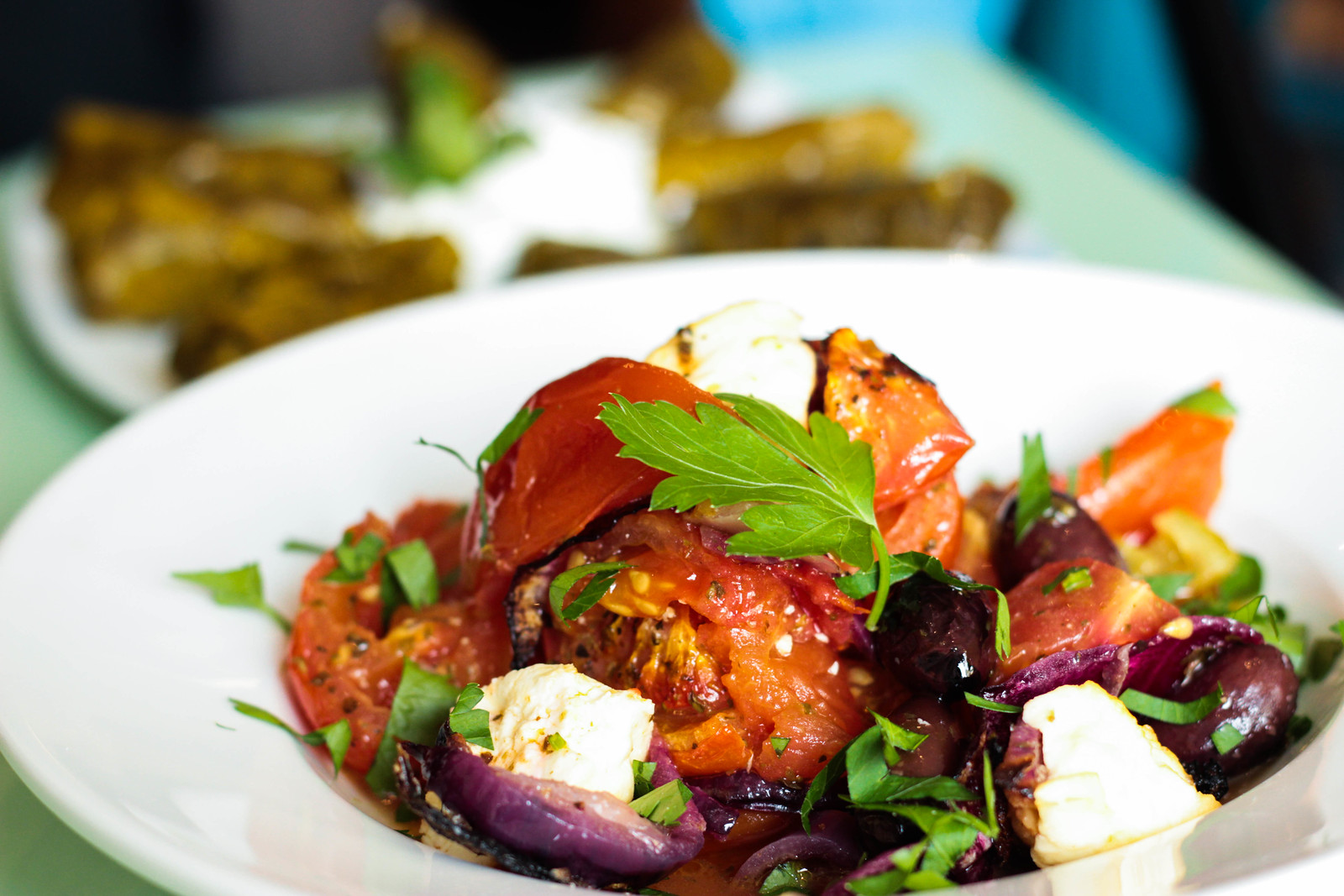 They still have one market stall left, which they do every Sunday at Chapel Market in Islington so if you’re around, don’t forget to come say hello and browse all the niceties. 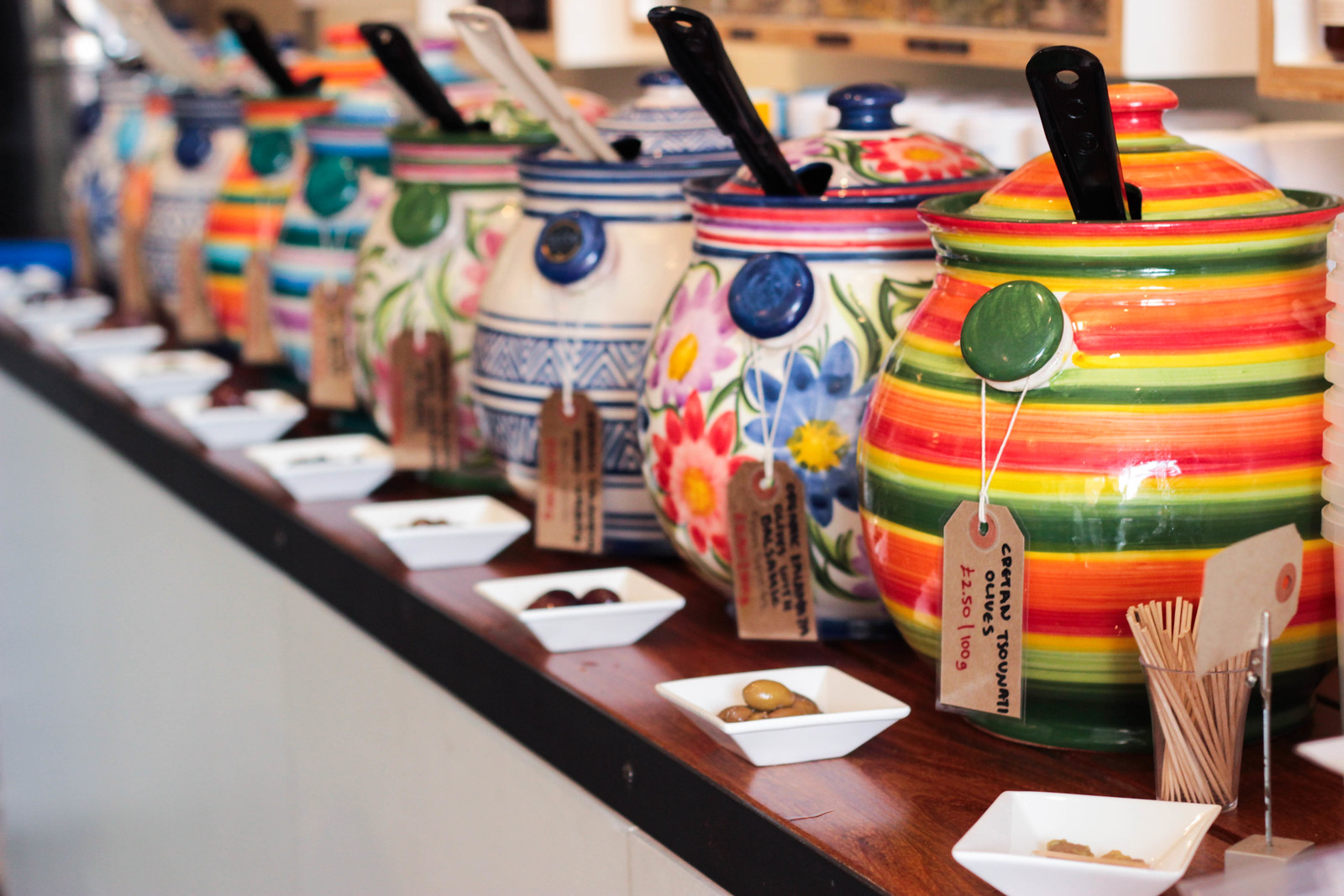 If you’re not around London (or in the UK) and can’t take a trip to the shop, you don’t have to go without as the business has also expanded online – handy!

Where to find Isle of Olive