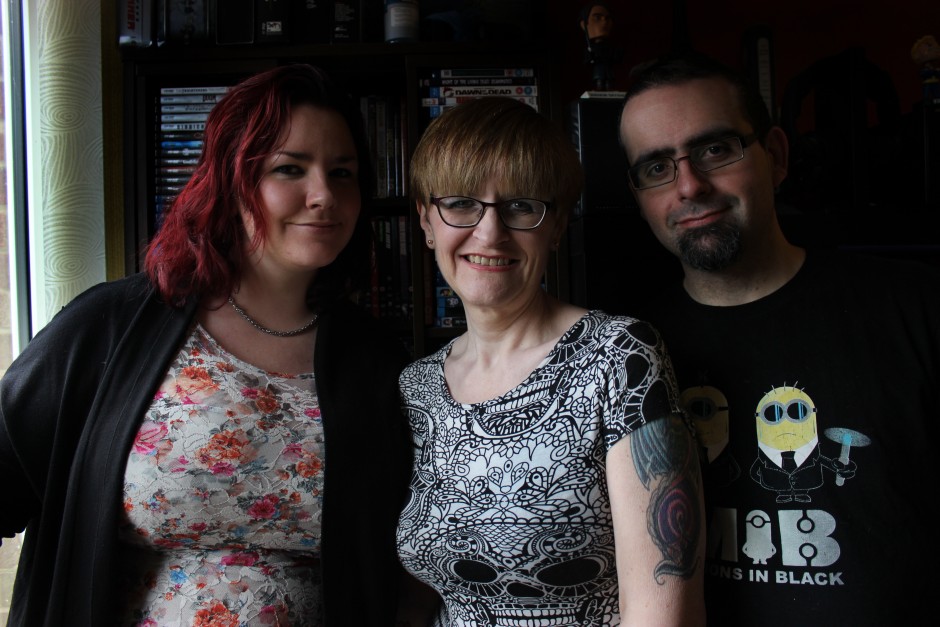 I’ve known Joao for many years, we were friends back in Portugal. He now lives in Kent with his family and a visit was long overdue. It was his idea to do a tattooed family blog post and what a great idea that was!

I hopped on the train from London and spent a lovely weekend with the Carvas family, taking photos, eating, drinking and generally being merry. We did a short interview as well on their tattoos, and I think we did a good job. I hope you enjoy it!

My name is Fern, I’m 24 years old and I’m from Rainham Kent. 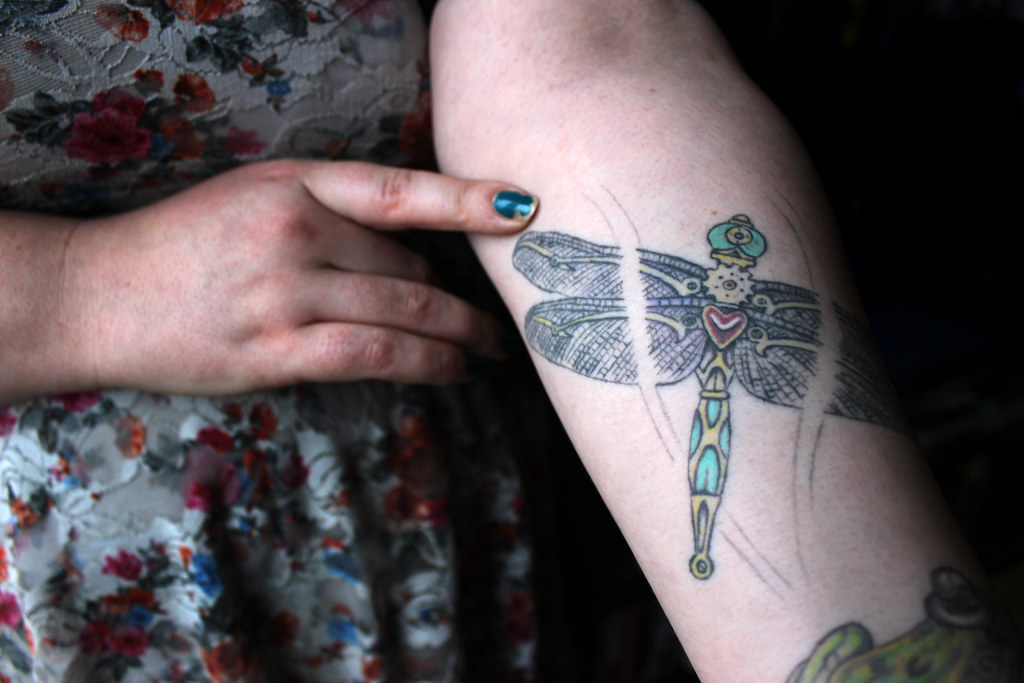 I love all my tattoos for many different reasons. I love the colour in my tattoos so Little Mermaid on the top of my leg is very high up on my love list. However, the heart on my right arm is very different, so i find it hard to chose between them. 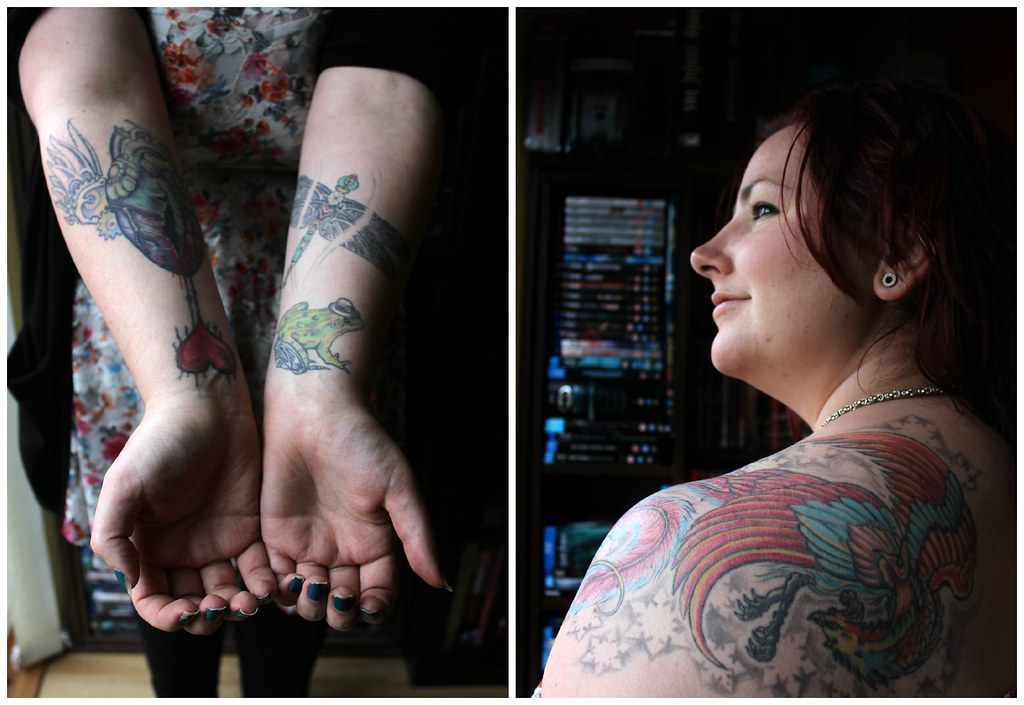 My first tattoo was the one on my shoulder. the Phoenix symbolises rebirth and unlike most, this one is a snow Phoenix. I was 18 when I started it and after eight hours of work it was finished when I was about 20 years old.

As I love the feeling of getting a tattoo, I know that more tattoos are to come but I have not decide on what and where. 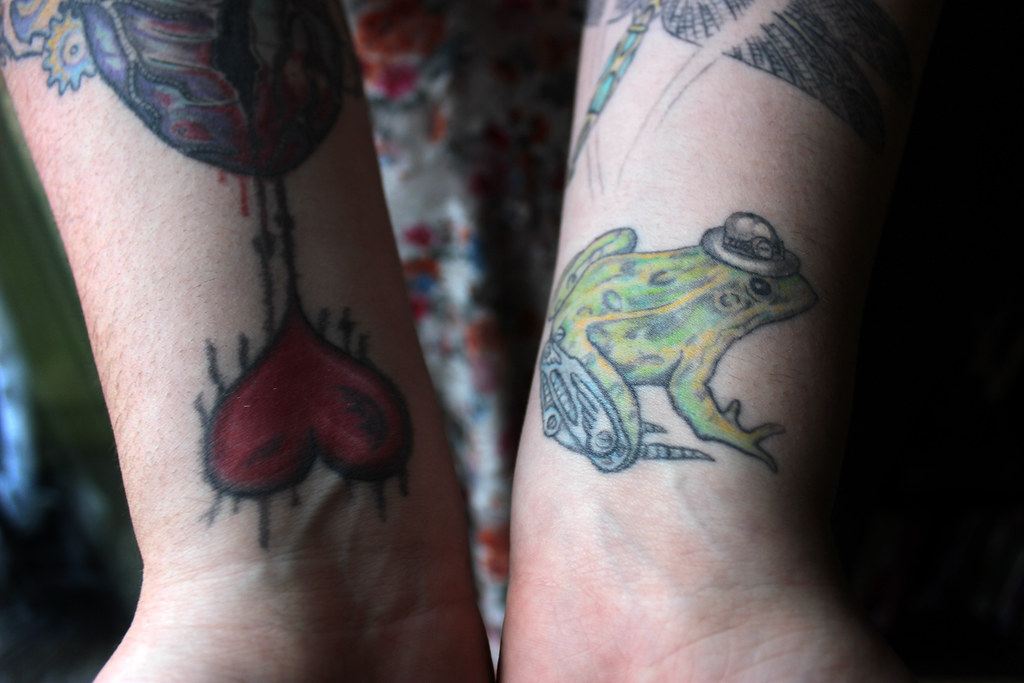 I’m not sure how many we have all together, but tattoos are a big part of our family. I’ve got 7 tattoos and about 21 hours of work done altogether.

Mobi was a big part of my life. I worked for him for a while and he was slowly teaching me how to tattoo. My arms and my shoulder are his work. Mobi and I worked together on the designs on my lower arms. I miss him a lot but always remember what he taught me, not just about art but about life itself. 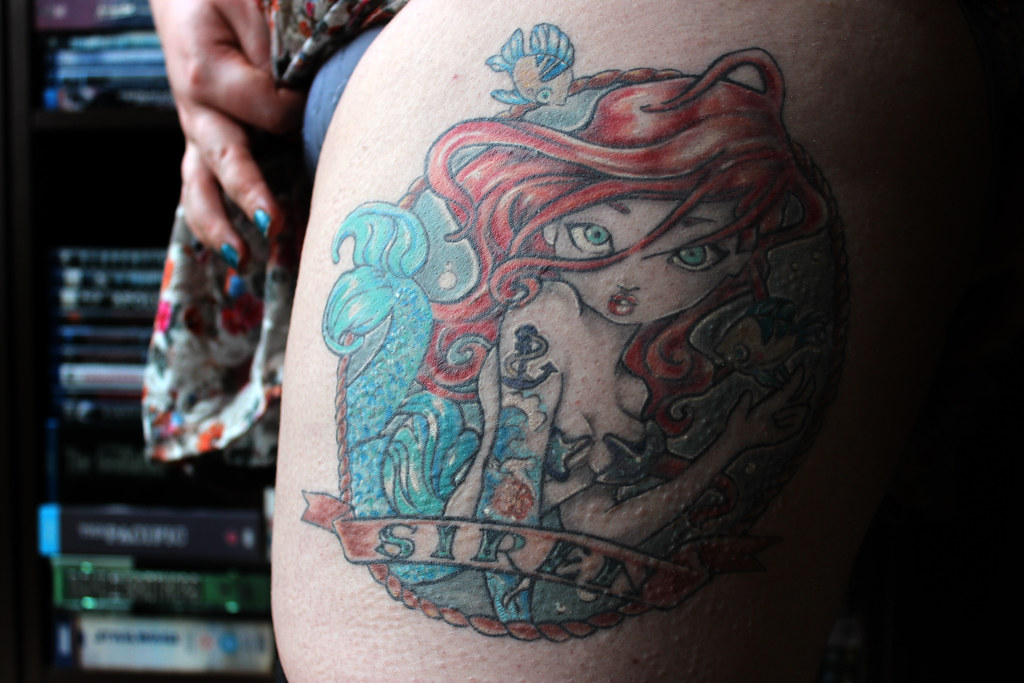 Joao Ricardo Carvas / 35 (or 36, if you read this in March :P) / Kent, United Kingdom (originally from Portugal) 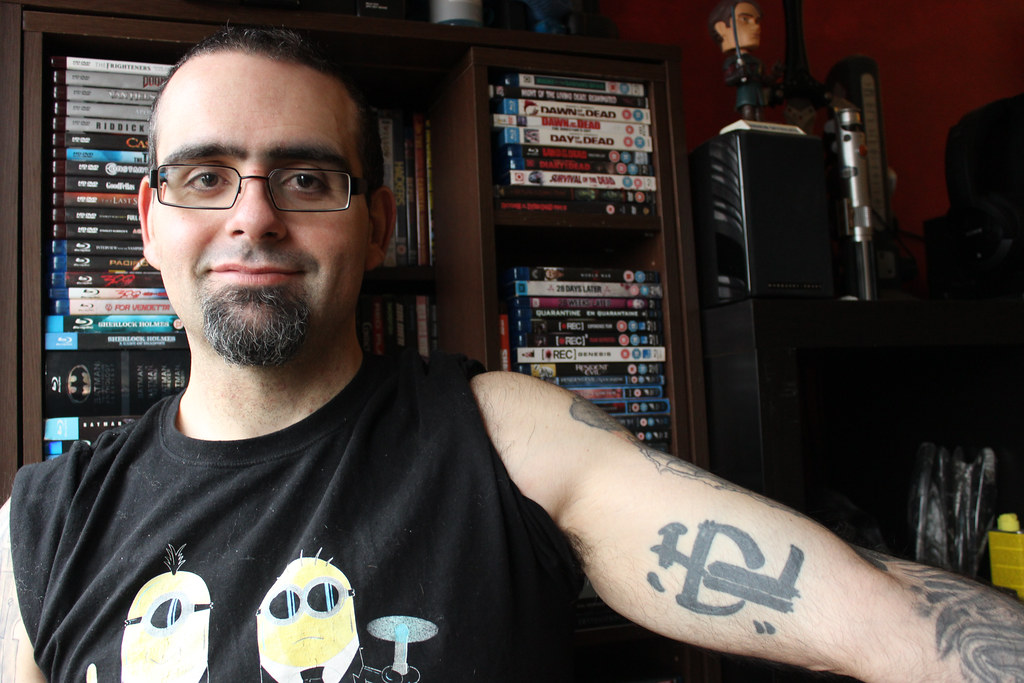 I’ve got 3 favourites, which are the ones who were created by friends of mine. First one is my black tribal N, who the design was created by a good friend of mine that lives in Almada and tattooed by the owner of Triparte, so you could “blame” him for giving me the “tattoo bug” 😛

Second one is my SYL symbol, who was done by another good friend of mine, who is the owner of this blog 😛

Third is my Grandmother/Grandfather tattoo, who was done freehand by a very good friend to my family called Mobi, who sadly passed away a few years ago. 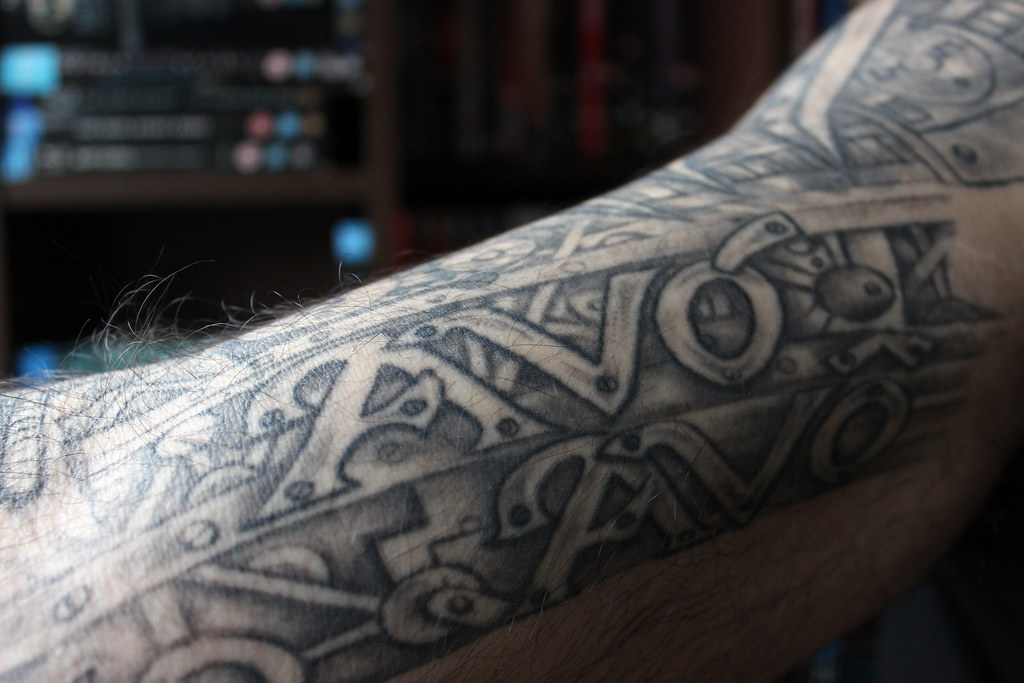 I made my first tattoo in 2001, it was the tribal N done in Triparte when it was located in the old shopping centre by Imaviz in Lisbon

I have plenty of future plans that I want to do. I want to finish off my left arm sleeve, finish off my oriental mask tattoo, start and hopefully finish by upcoming Cthulhu VS Godzilla tattoo, do my back and put some on my chest. 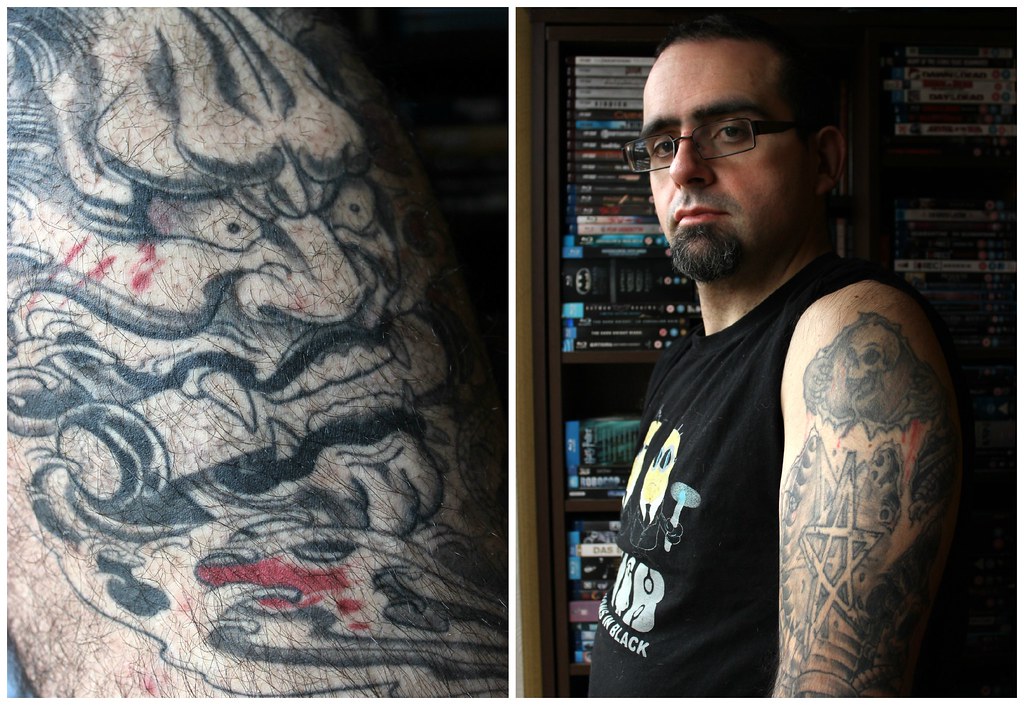 I don’t know the exact total between all of us, but I have 18 tattoos on me.

Yes, my favourite tattoo artist so far was a good friend of the family that I mentioned previously called Mobi, he was one of the most gentle souls that I have ever met, ready to help out almost anyone in need, and I also entrusted him in upgrading and evolving the tattoos on my right arm in freehand, something that I am still amazed by to this day.

My Name is Dee, short for Denise. I am 48 years old and live in Rainham in Kent 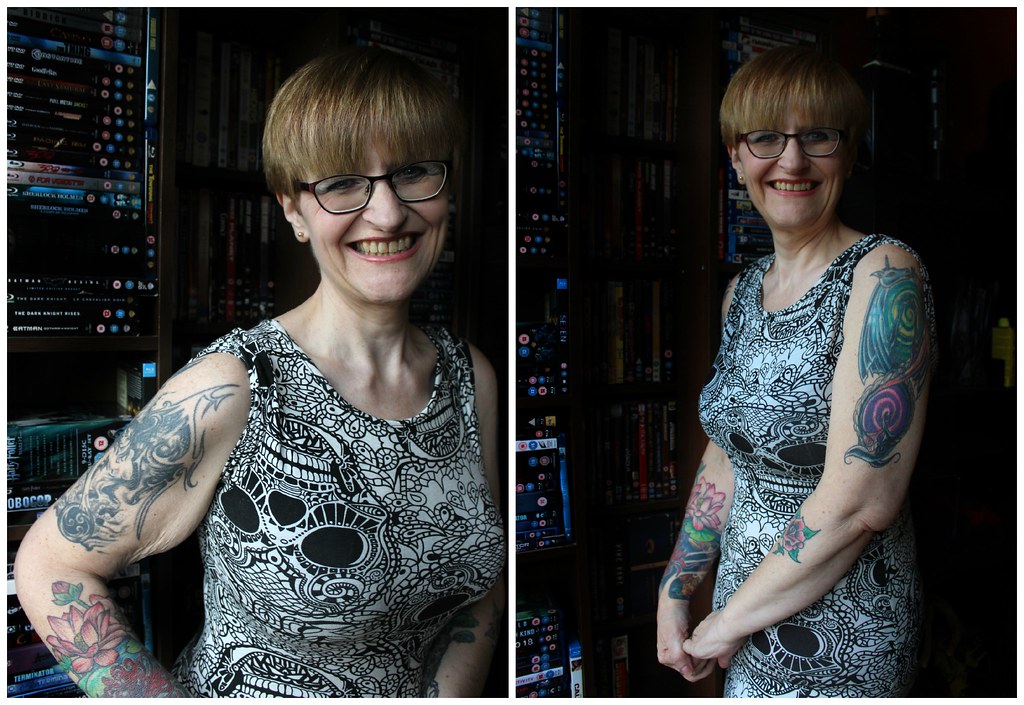 Not sure I have a favorite tattoo but if I had to choose it would be my Tree which symbolises life and death.
The “D” is for Dad who died in 2003 and “P” is for my brother Peter who died in 1999 of cancer aged 40

I had my first tattoo at 16 and it was of a swallow with my then boyfriend’s name in a ribbon held in its beak. It was on the top of my left arm now covered over with my unicorns. At the time I had mine done, it was outrageous for a woman, let alone a girl to have a tattoo done. Although I was brought up in a village in a very Christian family, I hung around with bikers so was done to shock “joe public”. At nearly 49 years old I still haven’t shown any of my tattoos to my Mum. 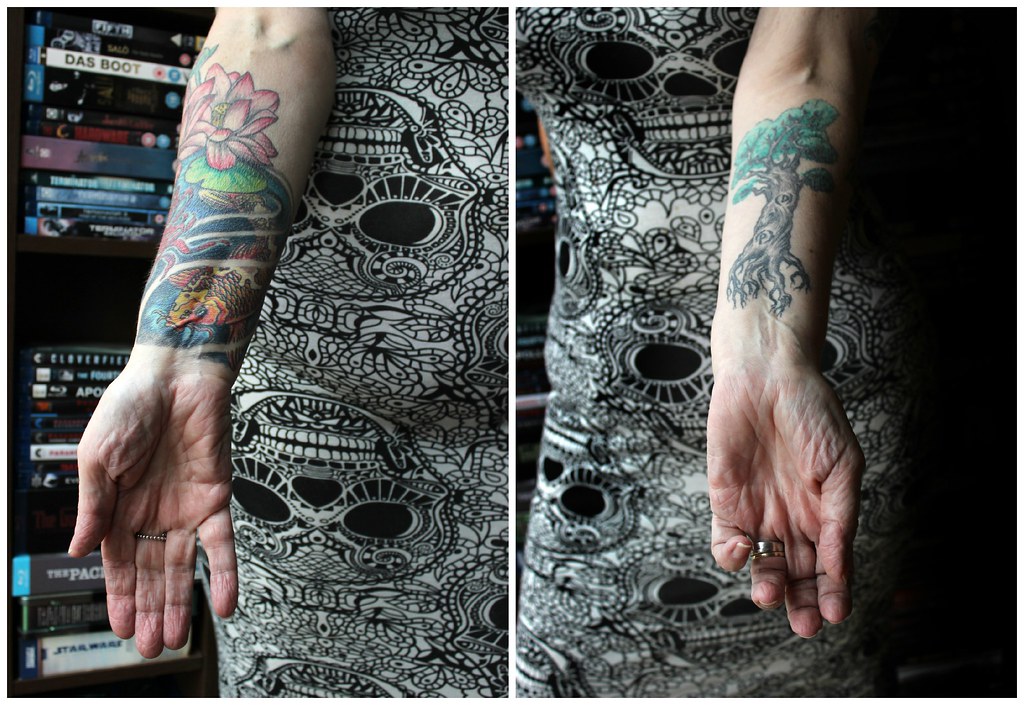 My right arm is an on going project and needs finishing and will have more done in the future. They are very addictive and they are pieces or art like you would see in a gallery.

As for how many tattoos we have, that’s debatable. If I count up everyone I’ve had done then the total is 16 but 7 of them have been covered up so and no longer visible. 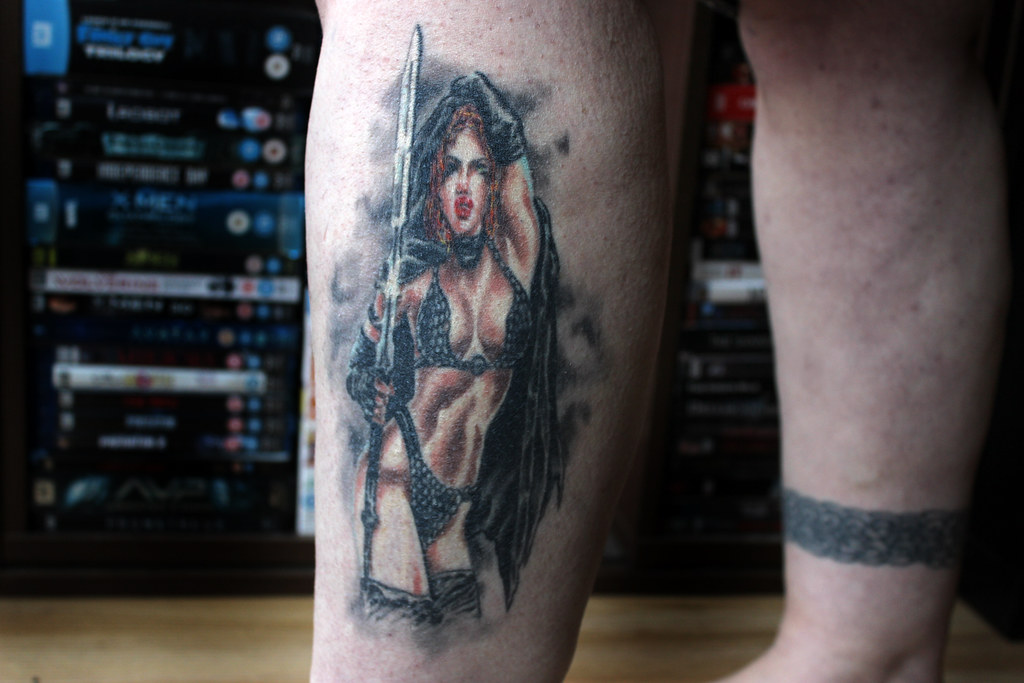 Mobi (Andy) was someone I had known for years but lost contact for a few years. He was a very genuine man with good morals and a huge kind heart. He was a tattoo artist who wouldn’t just tattoo you with whatever you asked for. If he felt it wouldn’t work in any way he would tell you or refuse to do it. He took pride in his work, and as you wore it, it advertised him and he wouldn’t want bad reviews. He was killed in a motorbike accident on his way to work nearly two years ago and was a huge loss not just to his family and friends, but to the tattoo community itself.

Thank you very much for the great responses and the great time we all had together!

An App to Discover Street Art in London