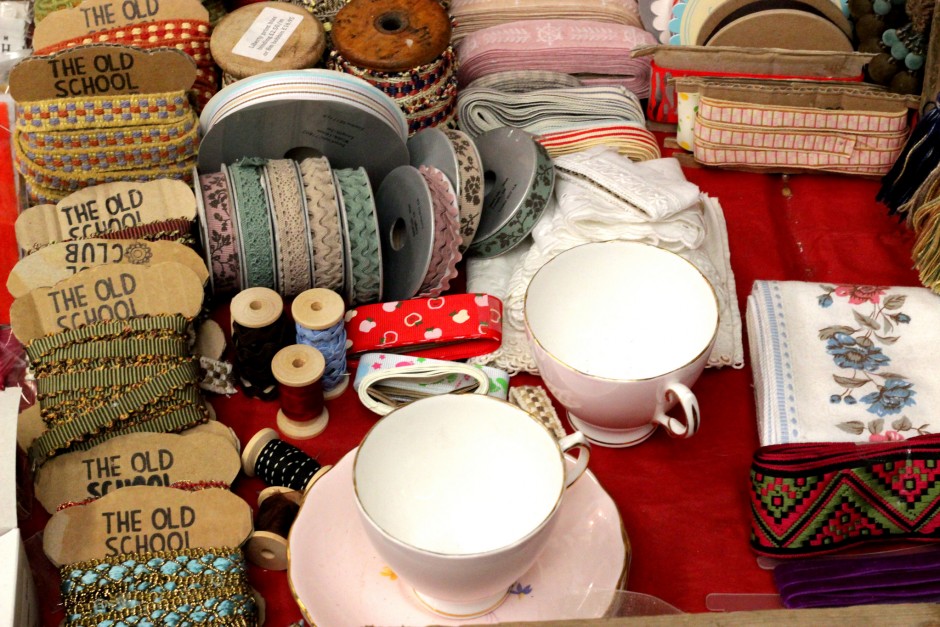 Last weekend I was invited by Joe Blogs to attend another great event, that promised to be not only fun but to also get the creative juices flowing. This was organised in conjunction with Currys and we would be upcycling a washing machine drum. If you ever wondered what happens to the washing machines they take away when you buy a new one, now you know – they end up in blogger’s workshops. When I was in school back in the 90s, I had the idea of using the washing machine drum as a lamp but never really did it, so it only took me some 20 years to actually do something. Also it seems like other people had the same idea – great minds think alike and all that! 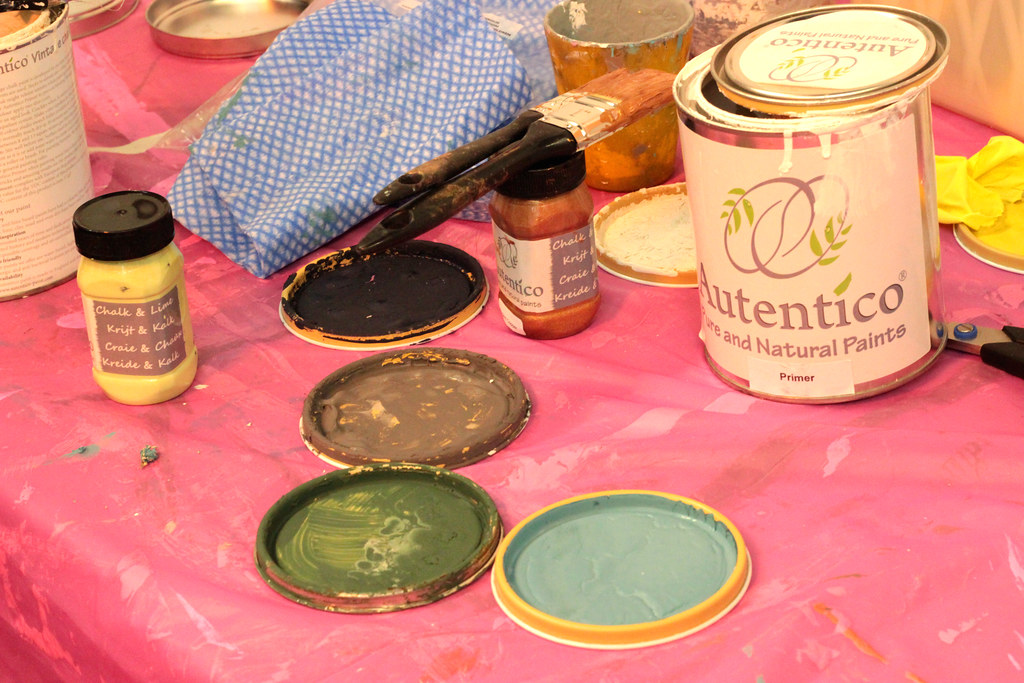 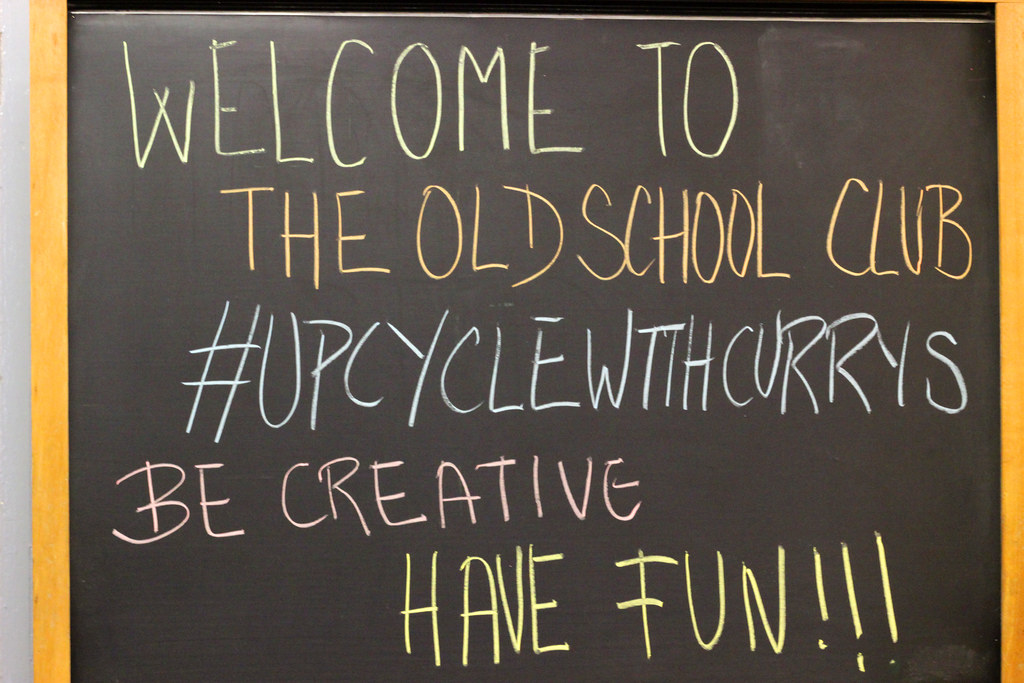 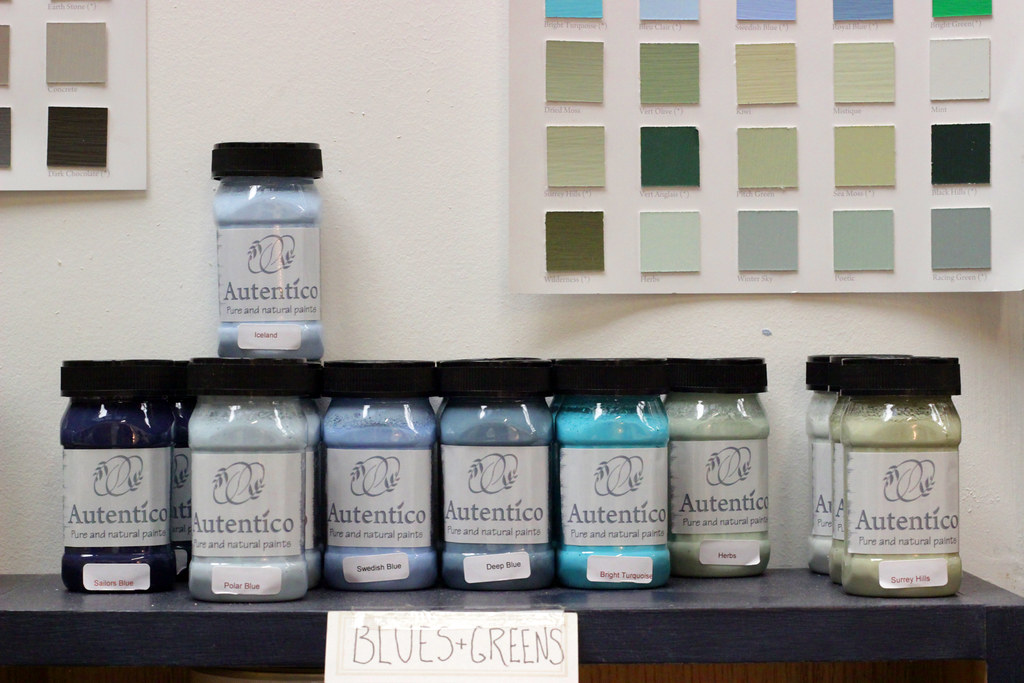 We all gathered at The Old School Club in SW London for an afternoon of chatter and playing with power tools and it was just what the doctor ordered. The feeling of accomplishment you get when you do something with your own hands is great for stress relief, especially if you are a creative type like me, who doesn’t get much of a chance of making anything these days, especially pieces of this caliber. 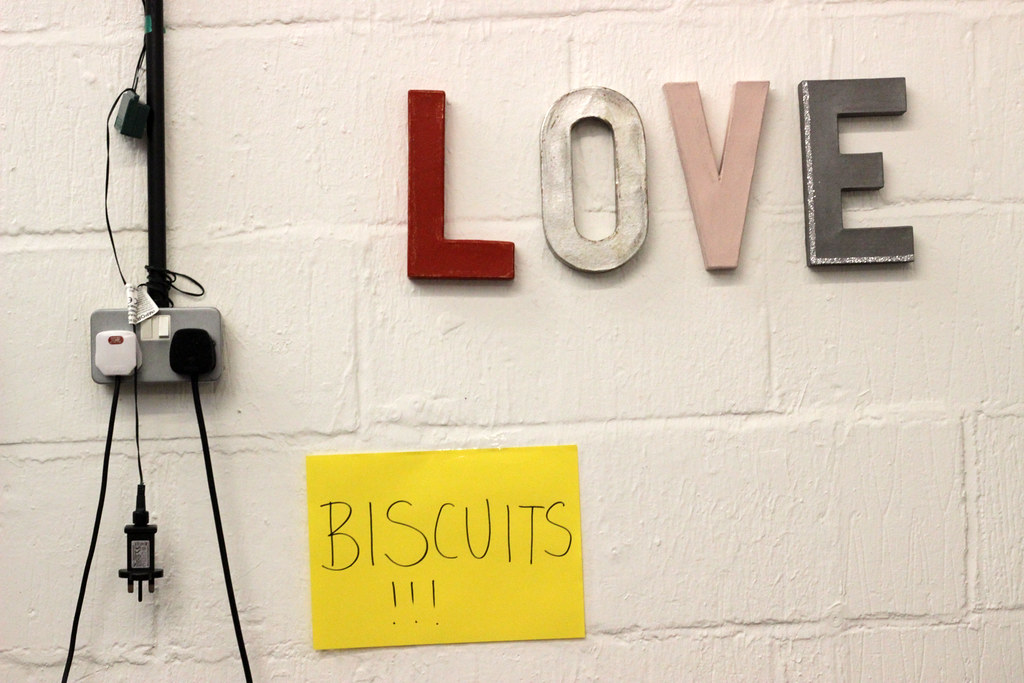 Everyone loves biscuits. That’s not up for discussion! 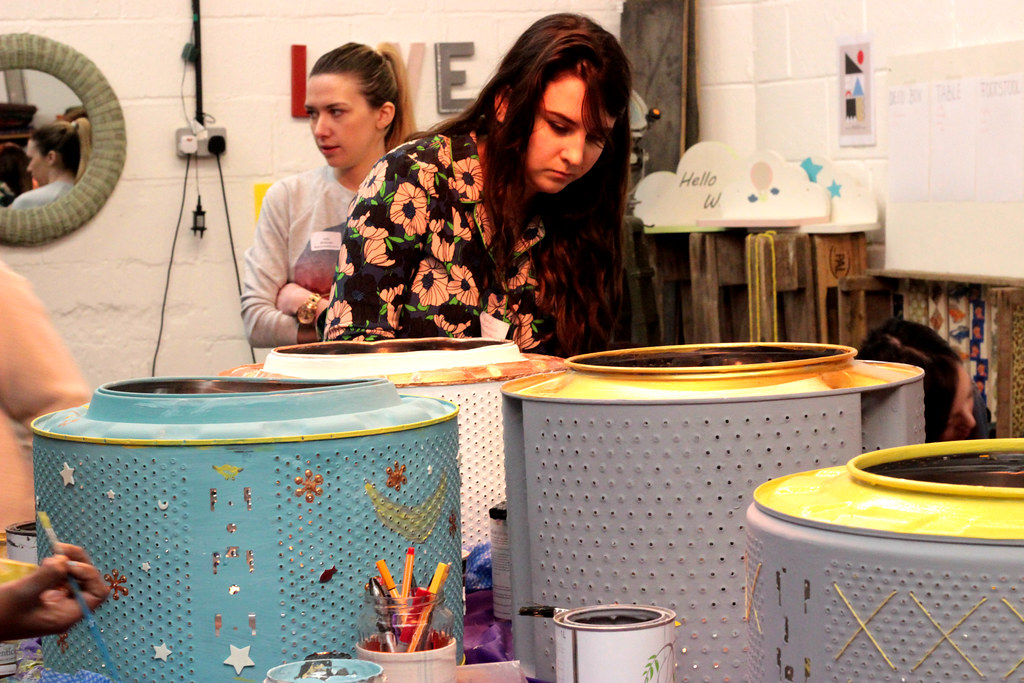 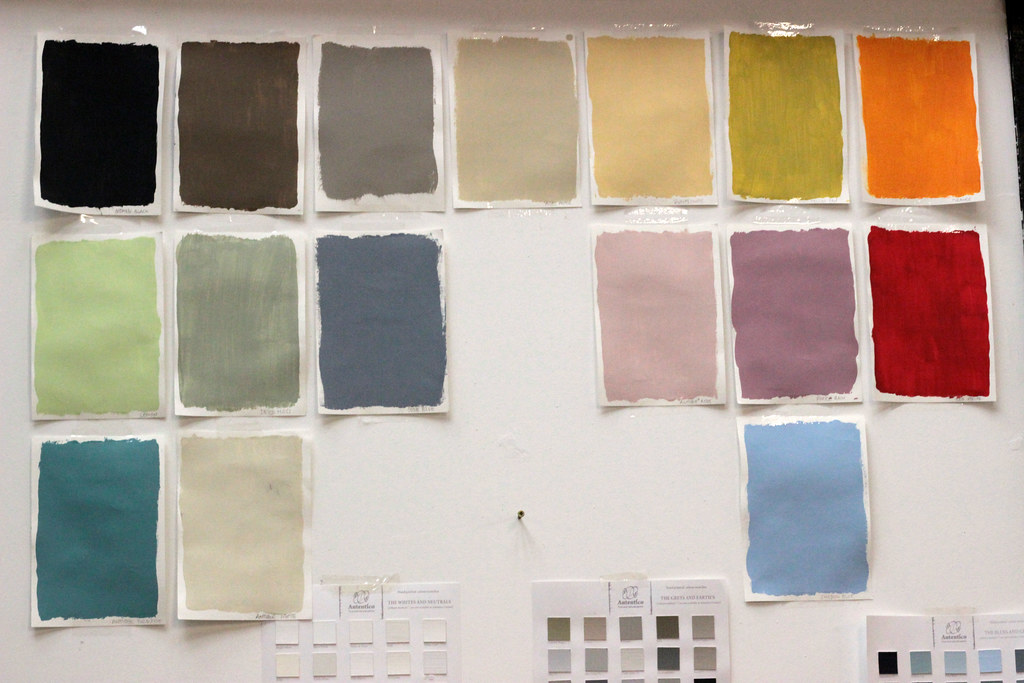 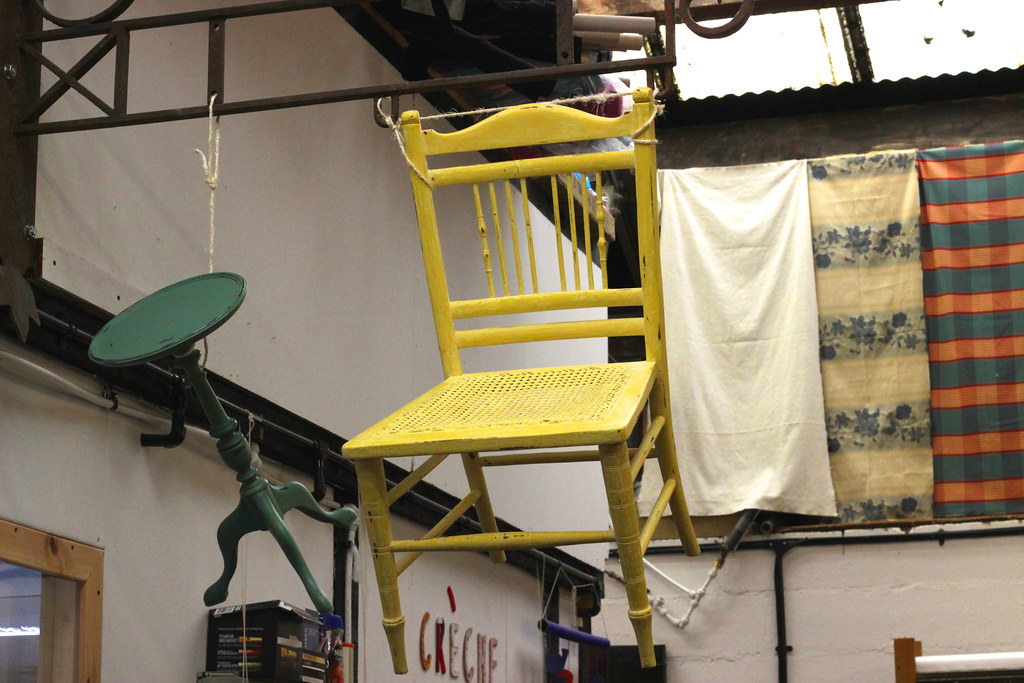 We were divided in groups, depending on what we wanted to do with our washing machine drums. I chose to do a side table, that would double as a container. I decided it would go well on wheels so I can easily move it out of the way in my small room. Others chose to transform it into lamps, boxes and foot stools. Depending on the project there were a few different bits and bobs to be used, all finished up with some chalk paint. There were some seriously amazing projects done on that day, I wish I could show you all of them! 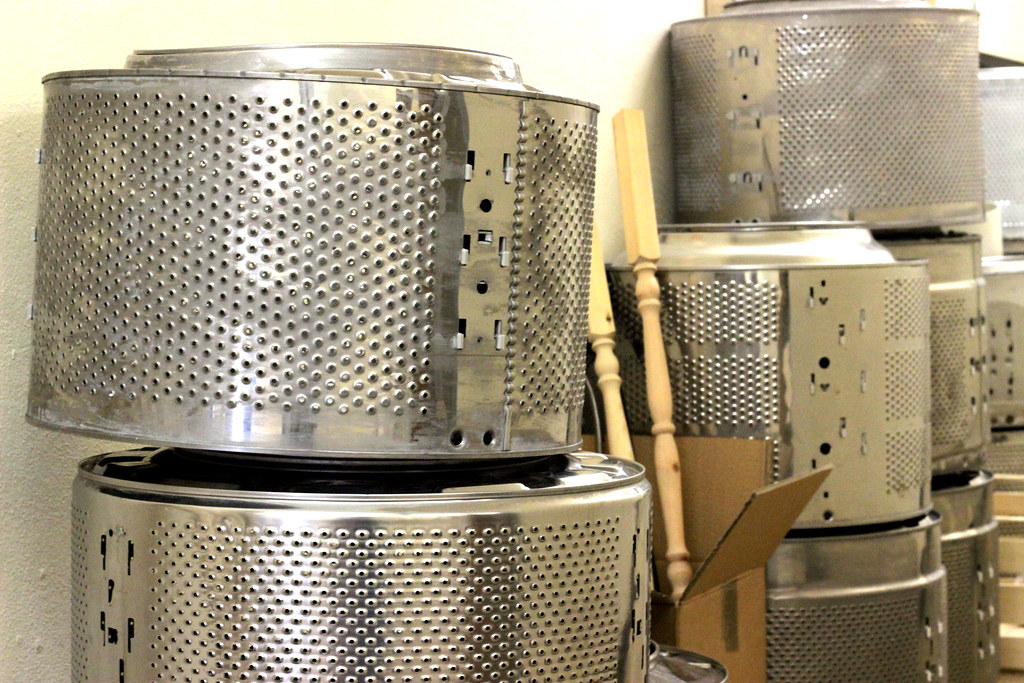 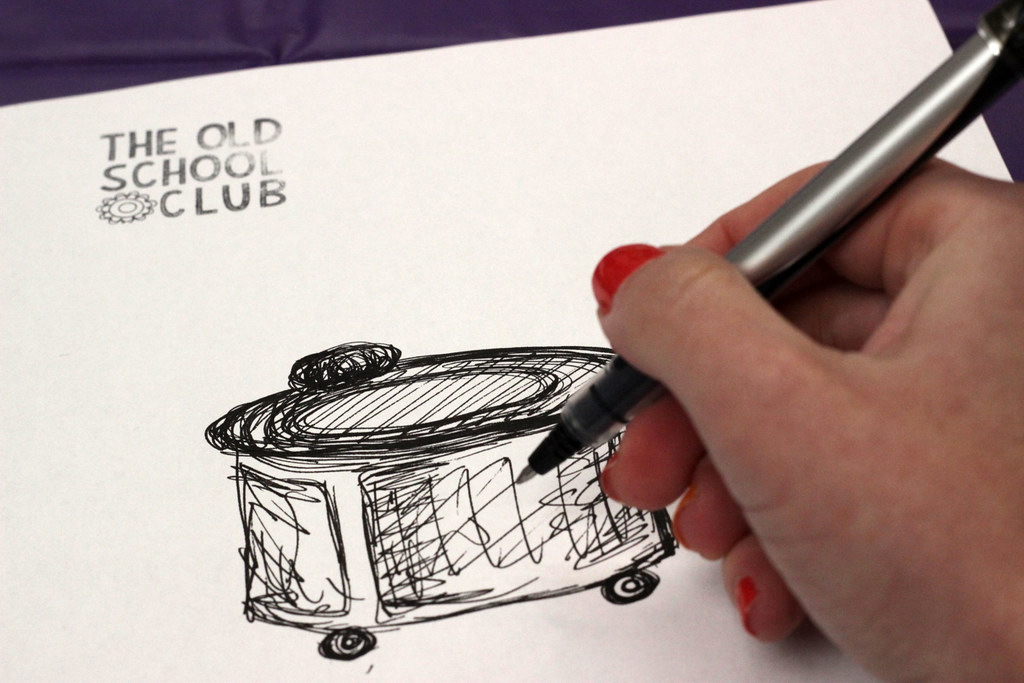 First we started by drawing what we envisioned our final project to look like. 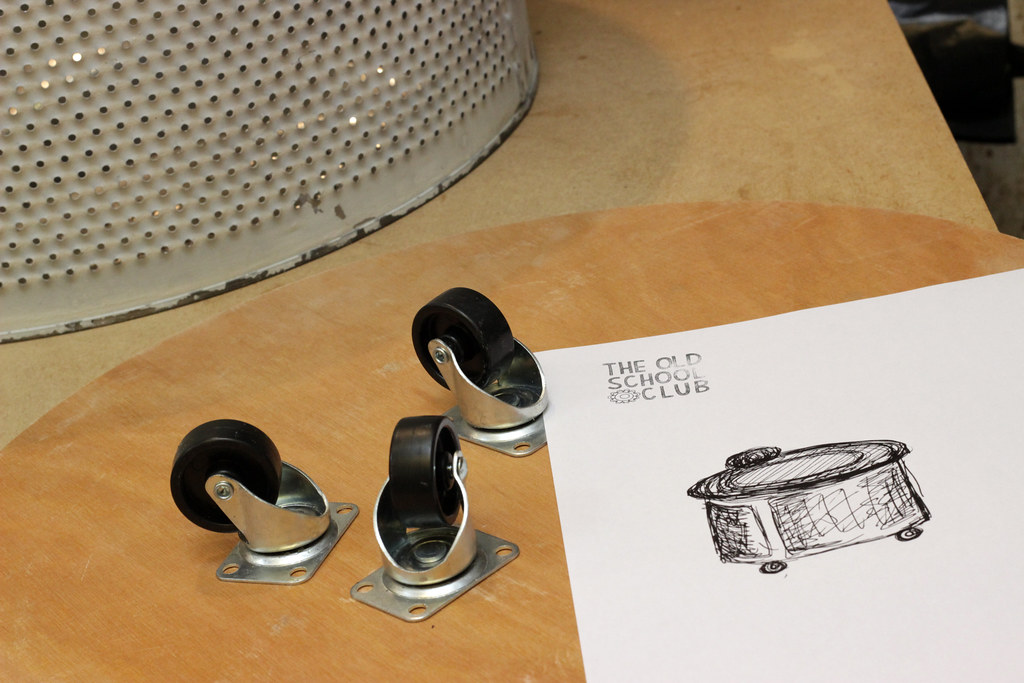 After the planning, and drumming up all the enthusiasm (see what I did there?) we gathered all the materials we needed. 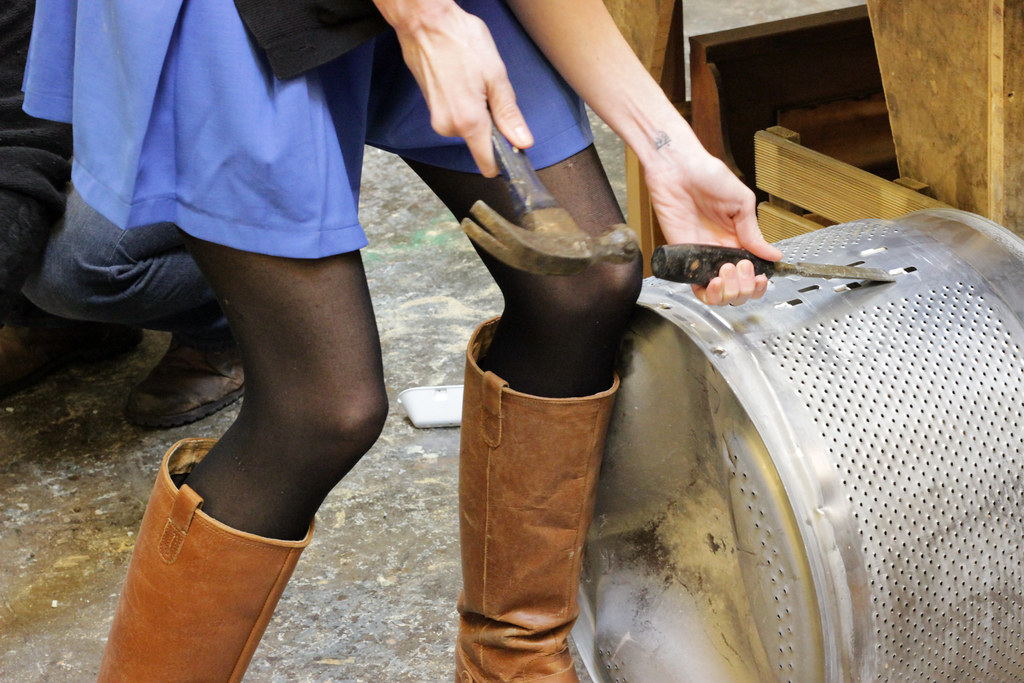 We had to start by prepping the washing machine drums – and get rid of the plastic parts they have inside of them. 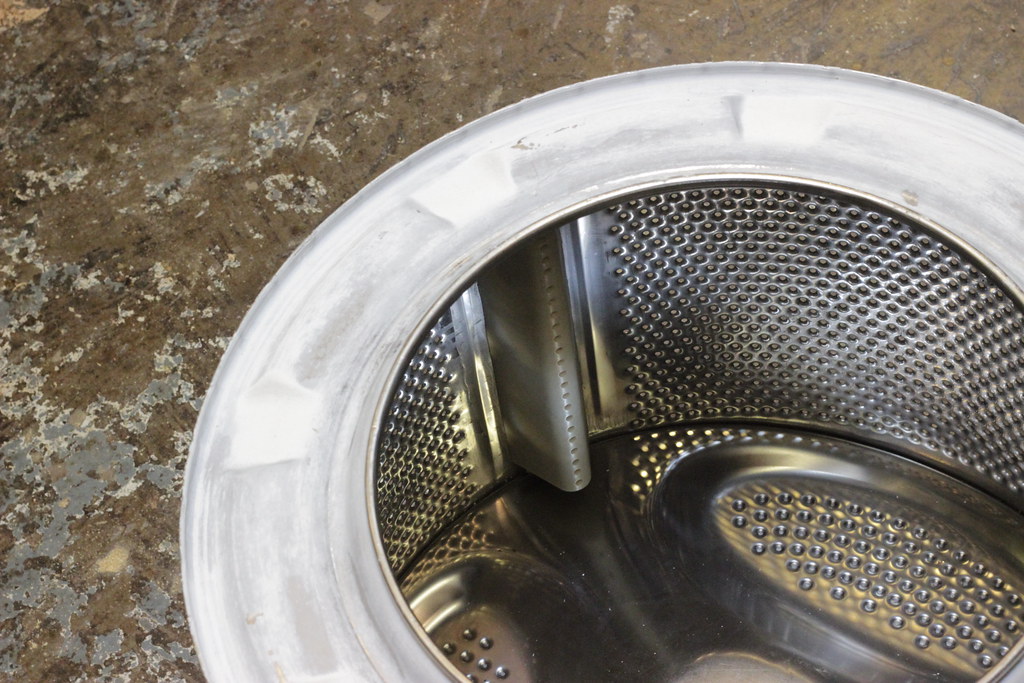 One washing machine drum ready for the upcycle! 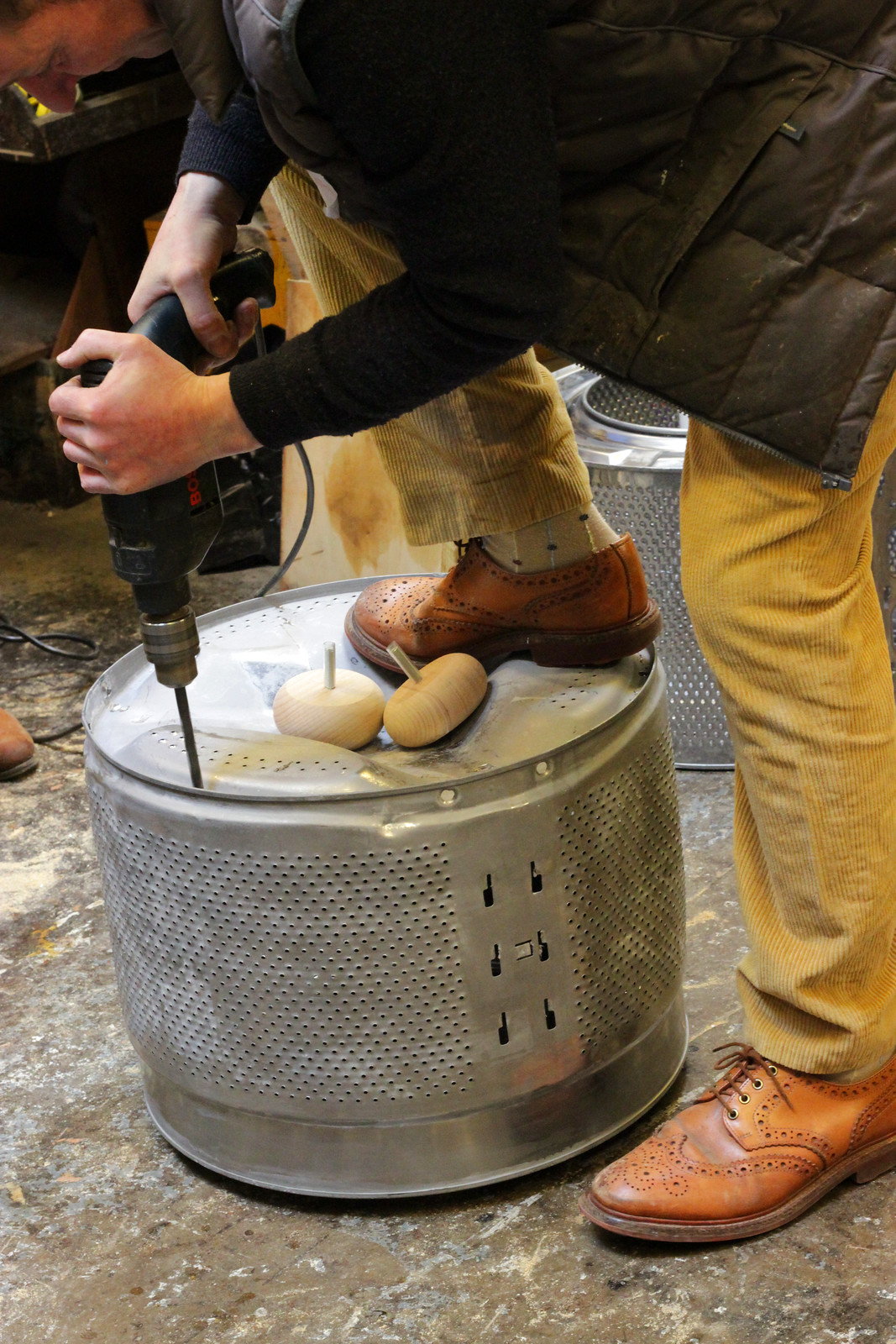 Jonathan lending a hand with the drilling. As a lot of people needed assistance and I’ve used a drill before, I ended up doing my own drilling in the end. It was very satisfying. 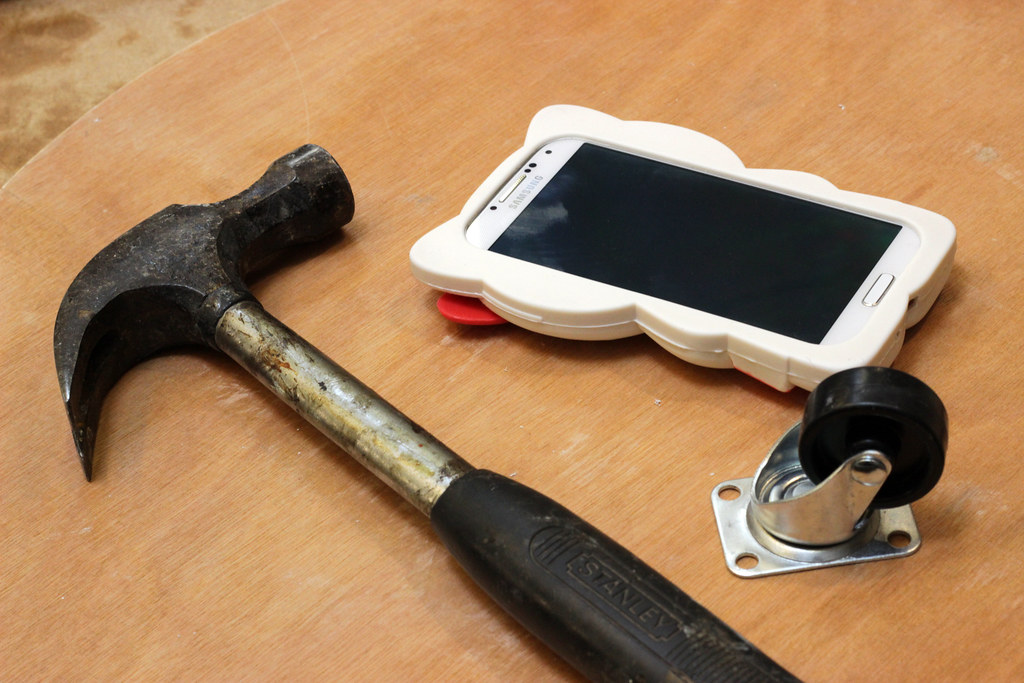 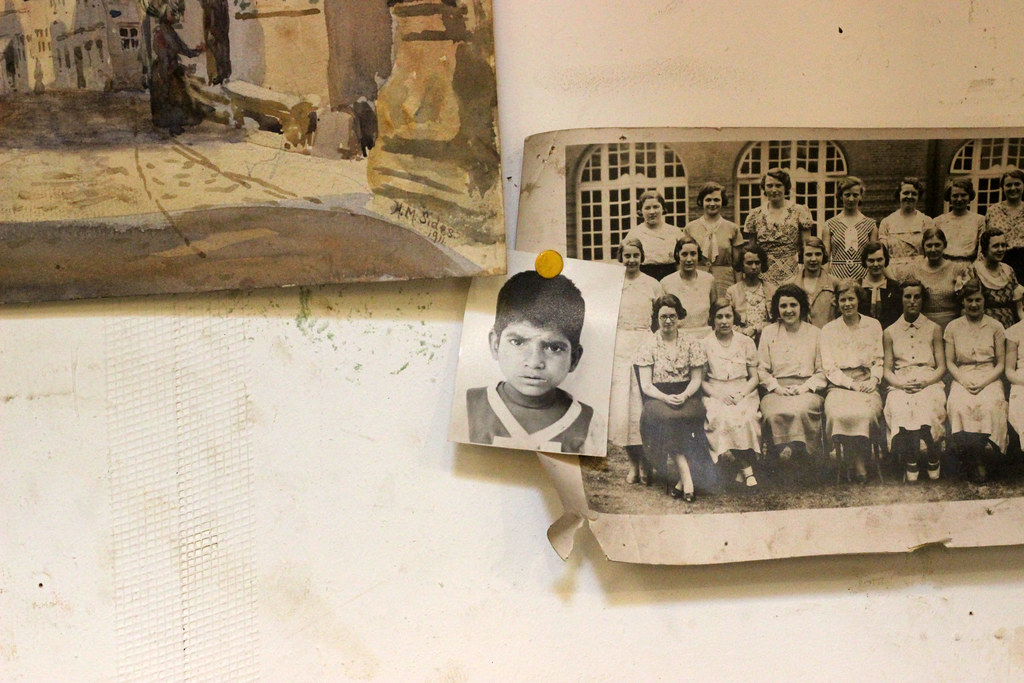 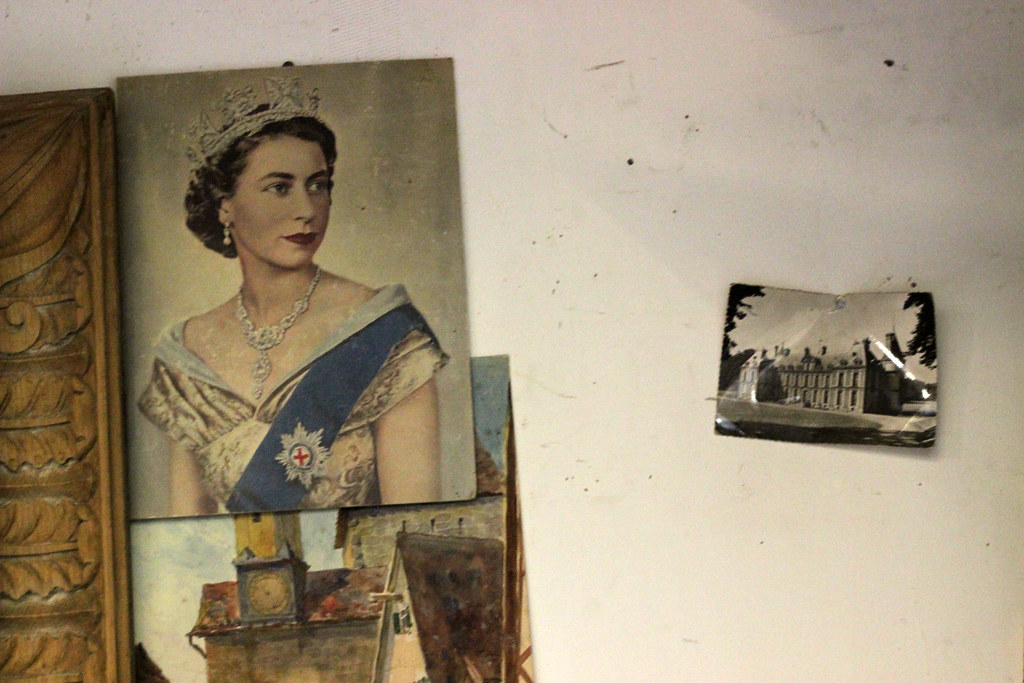 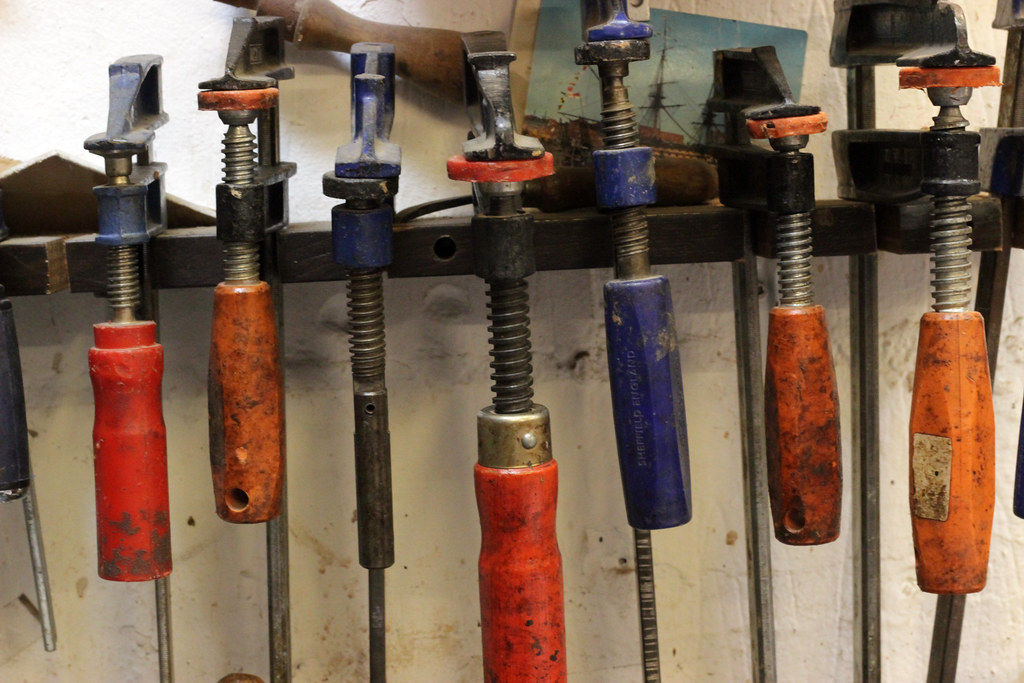 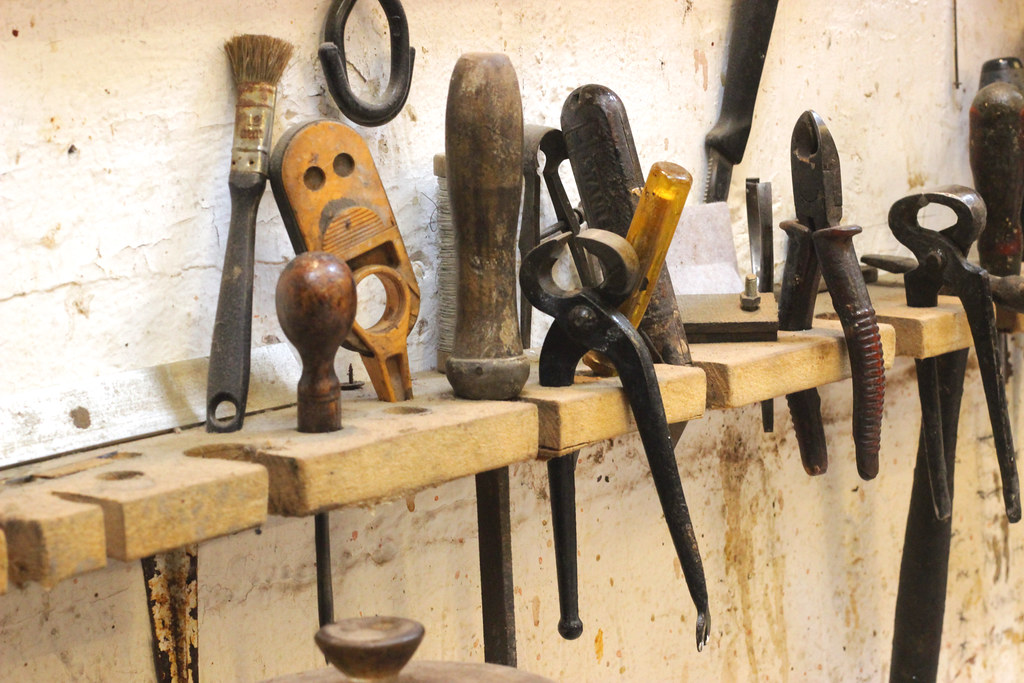 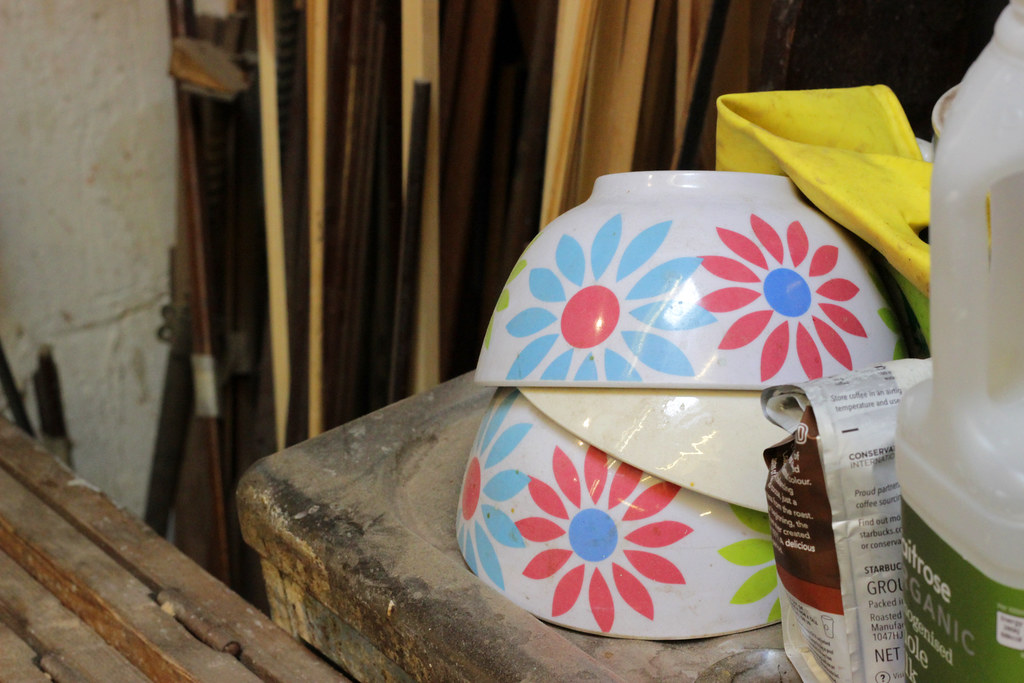 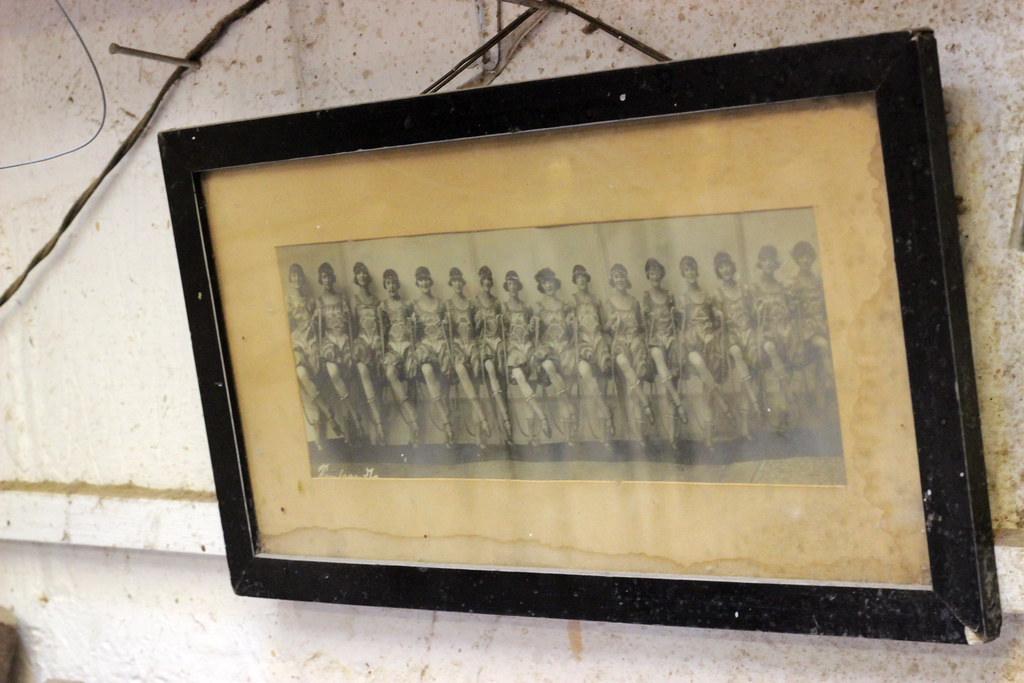 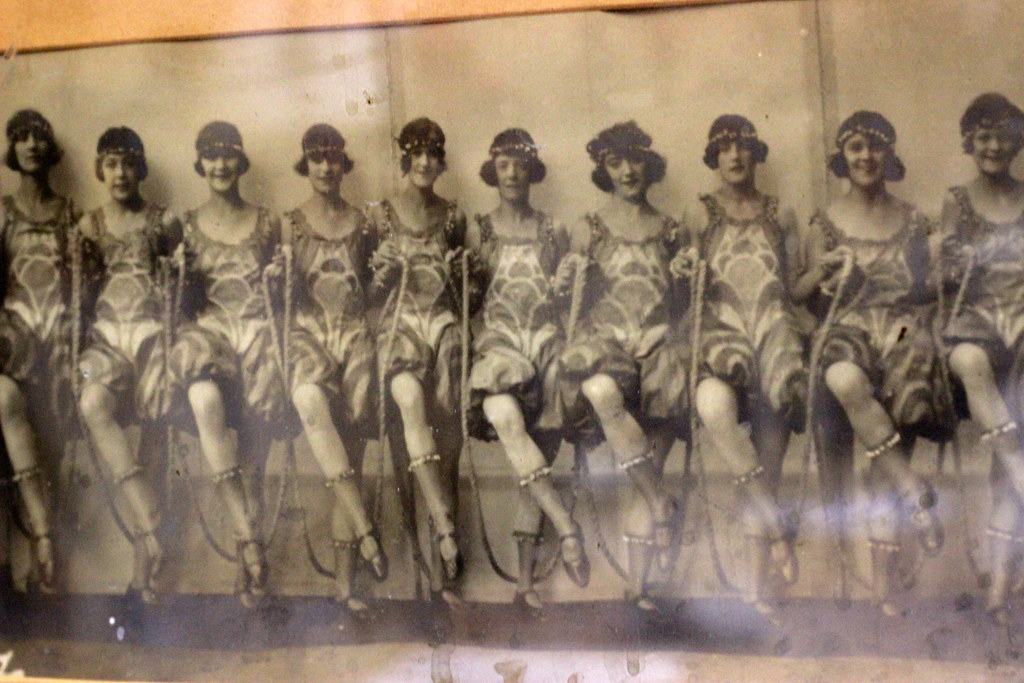 I also had a lot of fun taking photos of the eye catching details in the furniture workshop. I love old stuff and the patina that time leaves on things. 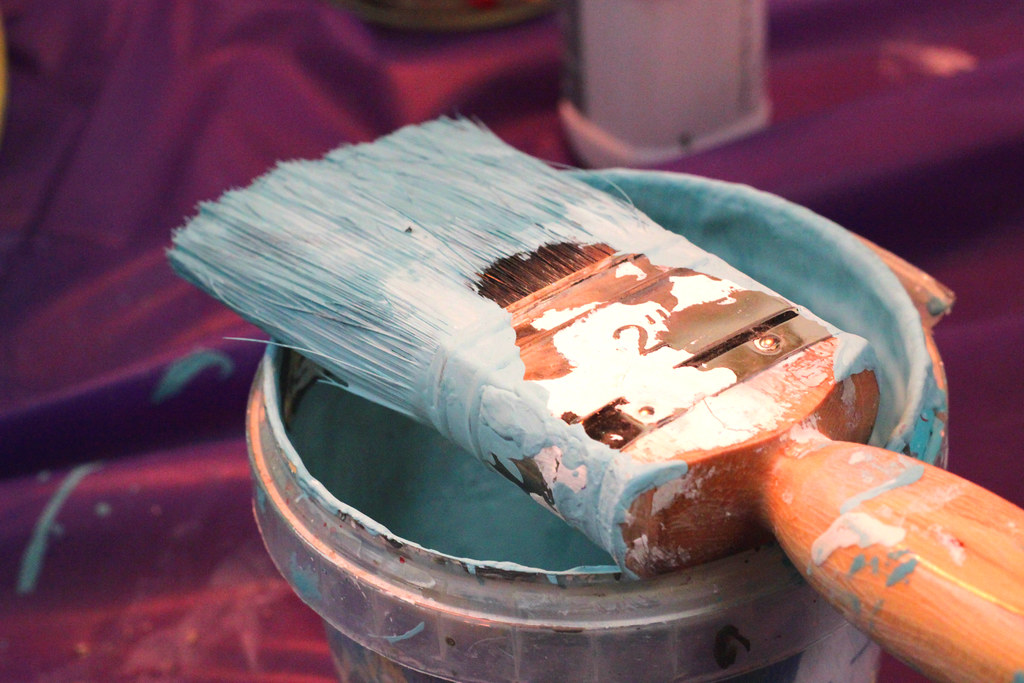 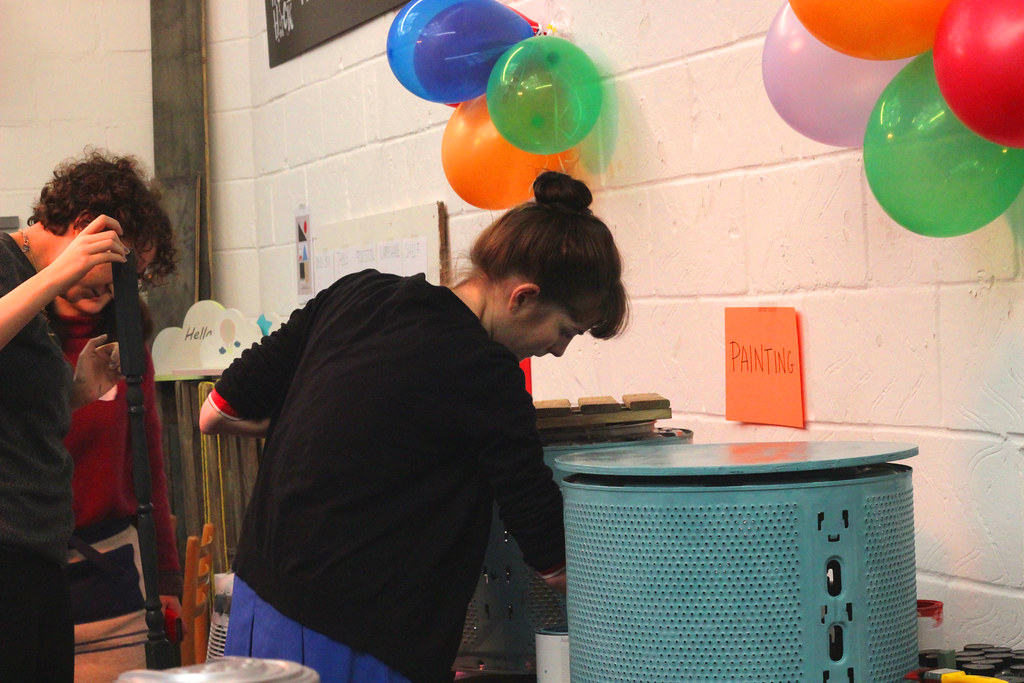 That’s my nearly finished project, with Amanda and Charlie in the background!

Thank you Joe Blogs and Currys for the great idea and Inma, Nick and Jonathan for all the invaluable help and support throughout the whole afternoon!

Winter at the Petersham Nurseries