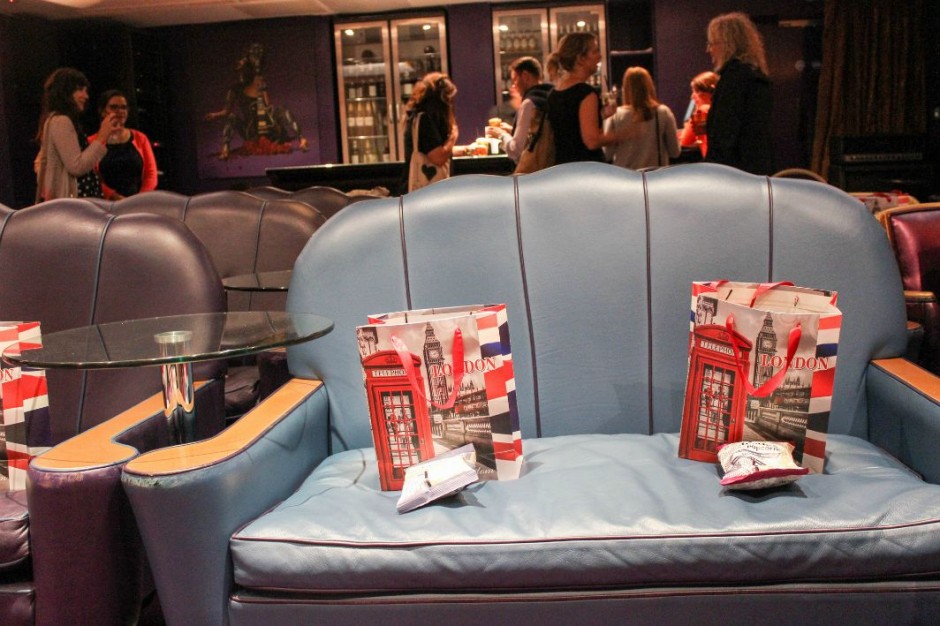 Last week I went to a different kind of event. It wasn’t a beauty launch or an exhibition opening like I very often go to, but an event to celebrate British culture and meet other London expats, all courtesy of English Town. Everyone there was foreign! And you know what to say when you see a lot of foreign people… “coming here, appreciating our culture, enjoying our food“… and that’s exactly what we did. 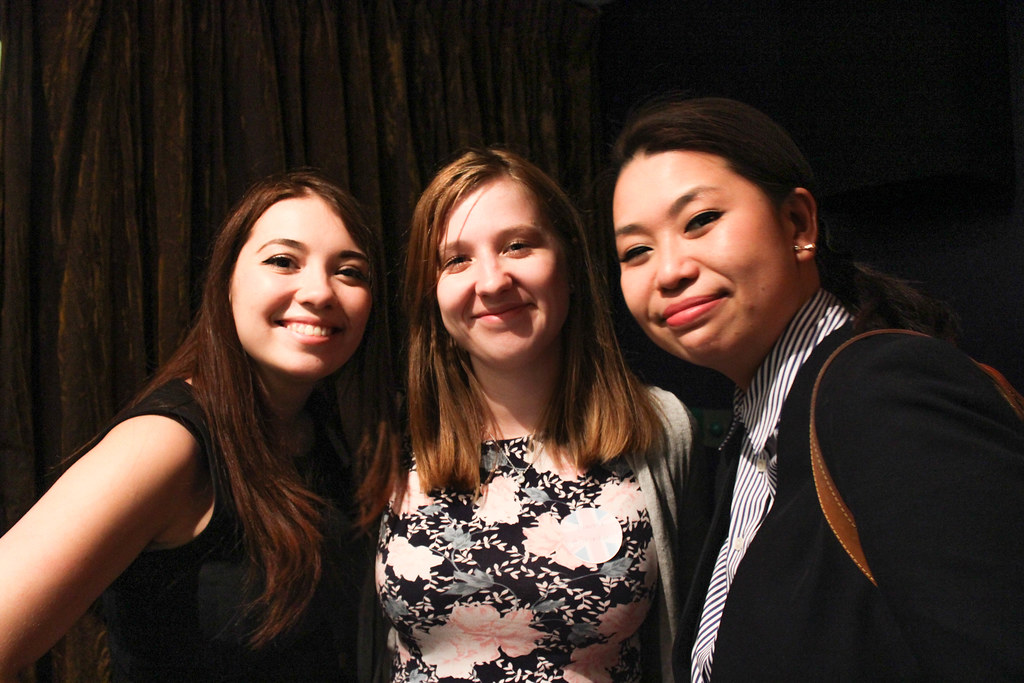 I had a really nice time – I finally met Erin and Jasmin in person, after following them on Instagram for a while – and it was a lovely time with my bestie Lili. We had food: started with coronation chicken and some kartoffelsalat (potato salad, which, for some reason I like saying it in German). There is a funny story about the origin of the coronation chicken recipe and it doesn’t have anything to do with a very popular TV soap. It was so called because it was created for the occasion of Queen Elizabeth II’s coronation in 1953. You live and learn. 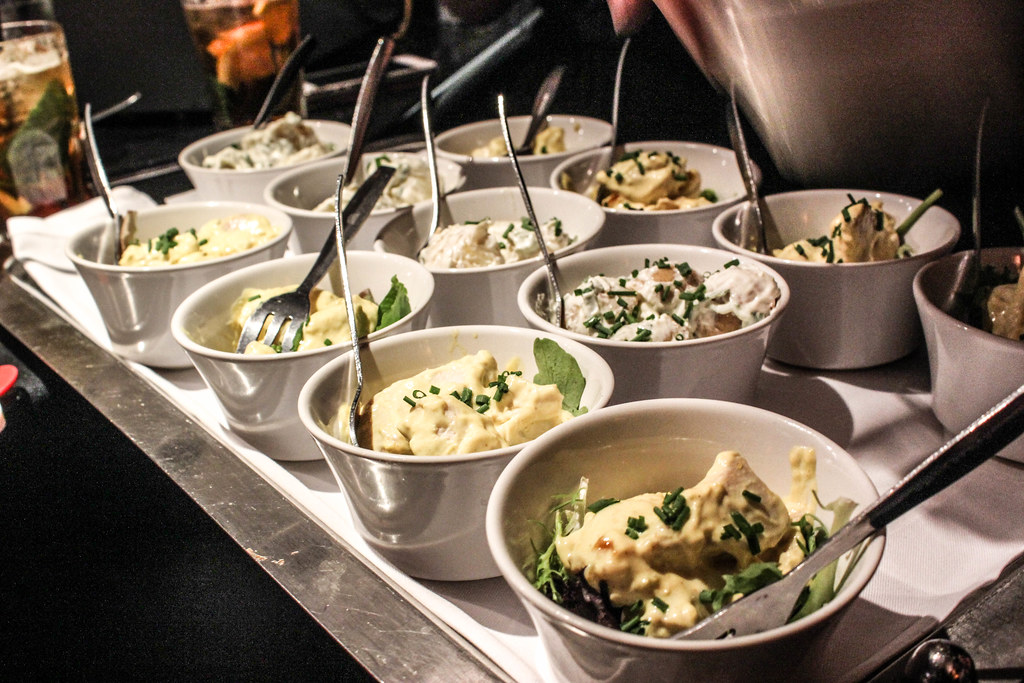 Here’s Erin, doing what bloggers do best – photograph food (among other things). This time, the dish being served around was the very typical fish and chips. 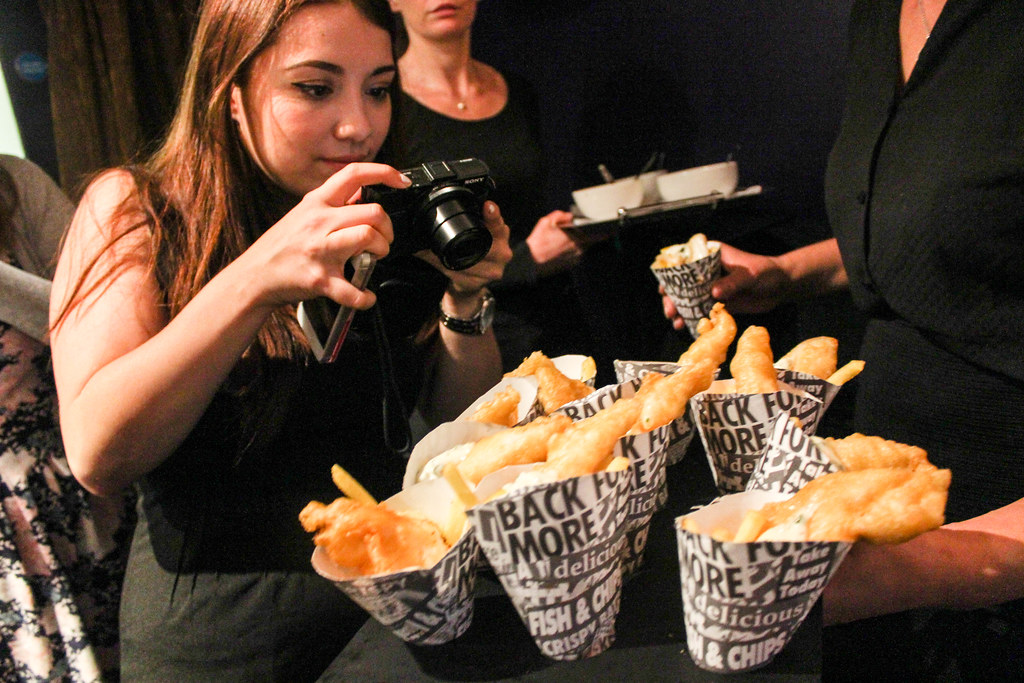 And after all that, the piece de resistance arrived… bangers and mash, all soaked in gravy. Sweet, sweet gravy. Well, not really sweet but you get what I mean. It was hands down my favourite of the evening and I think I am not alone in this. 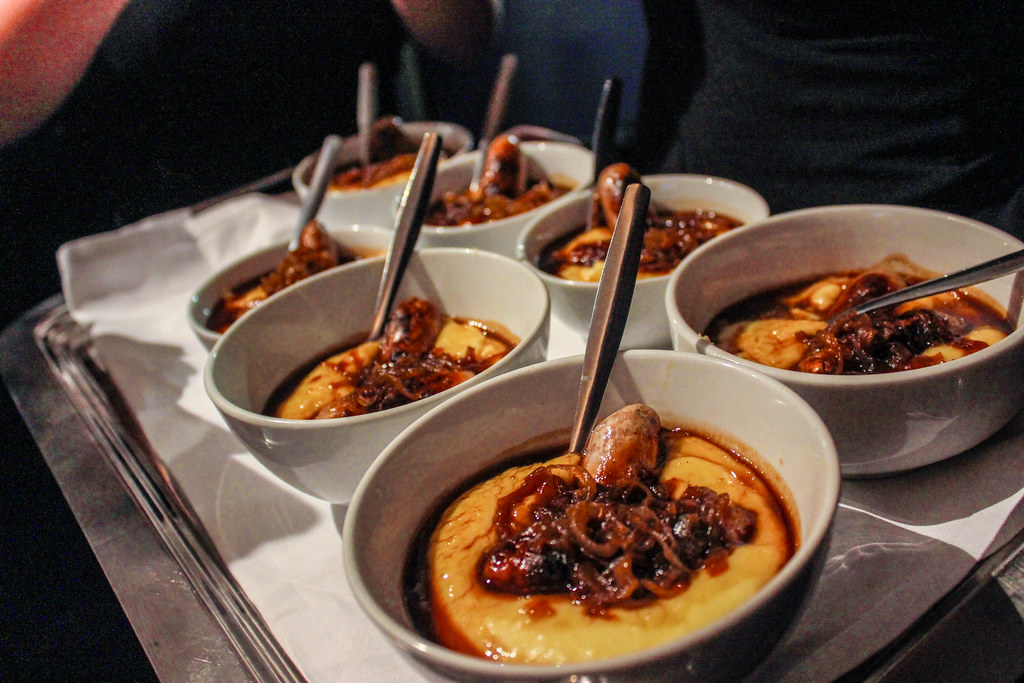 All of this was washed down with some very British cocktails with gin, Pimms and the Queen’s favourite, the Dubonnet. I was very well behaved and had an elderflower G&T, only one. It was a school night, after all. One day I’ll have to try the Dubonnet, though. 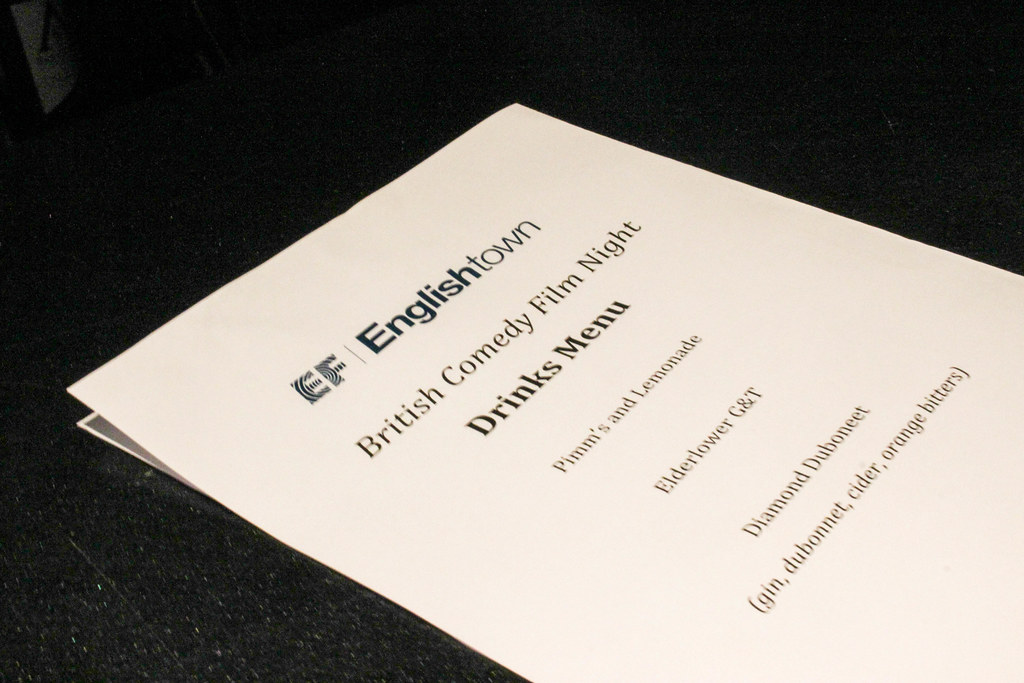 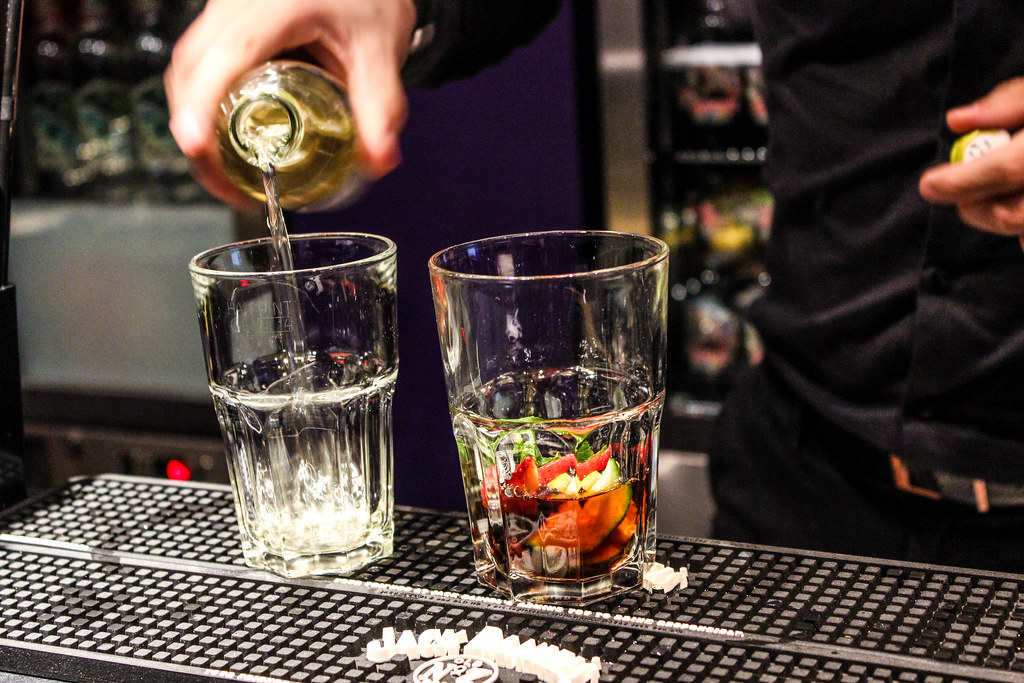 When we arrived the seats were ready and waiting for us with a goodie bag, which as promised contained some bits for a perfect movie night in: a G&T tinnie, popcorn, tea and a box of After Eight chocolates that I am happily devouring as I am writing this. In the bag, we also found a very nice surprise – a sample set of what the English Town courses offer – online access to certified teachers 24/7, a grammar book, a notebook and an earphone set, that you can connect to your computer. Wollen Sie , Englisch zu lernen? Veux-tu apprendre l’anglais? I don’t really need it but would like to give it to someone who wants to learn English. If you have a friend or family member that would benefit from this drop me a line and I’ll gladly send it your way. 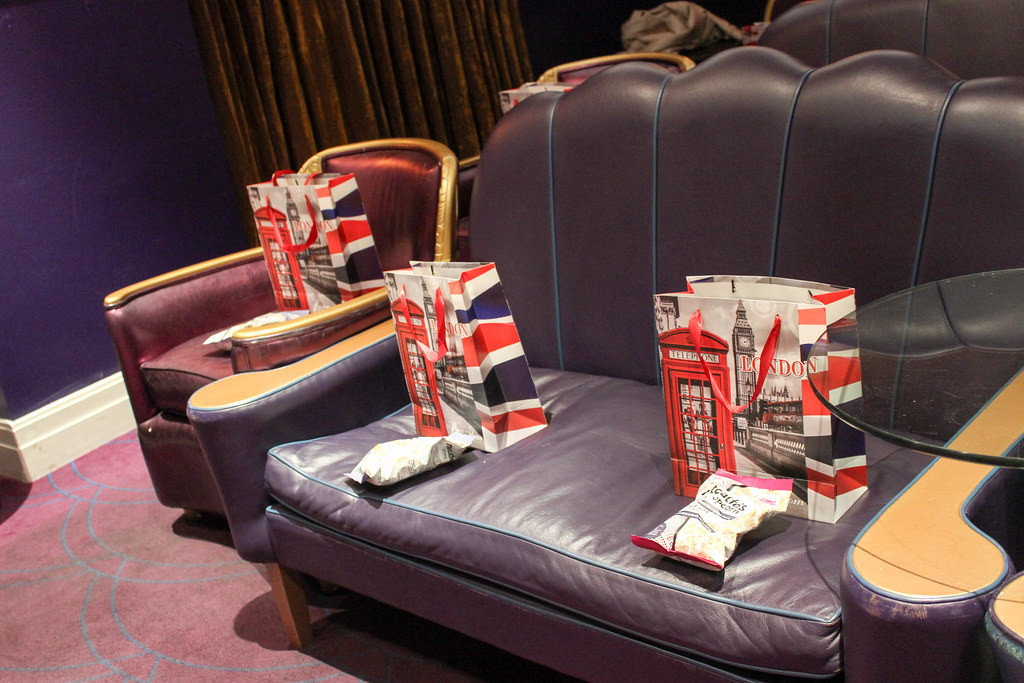 So, what was the screen for? The evening was planned as a British comedy film night and the surprise about which film we were going to be watching was kept until the last minute. (and there’s Jasmin taking photos of the fab chairs). 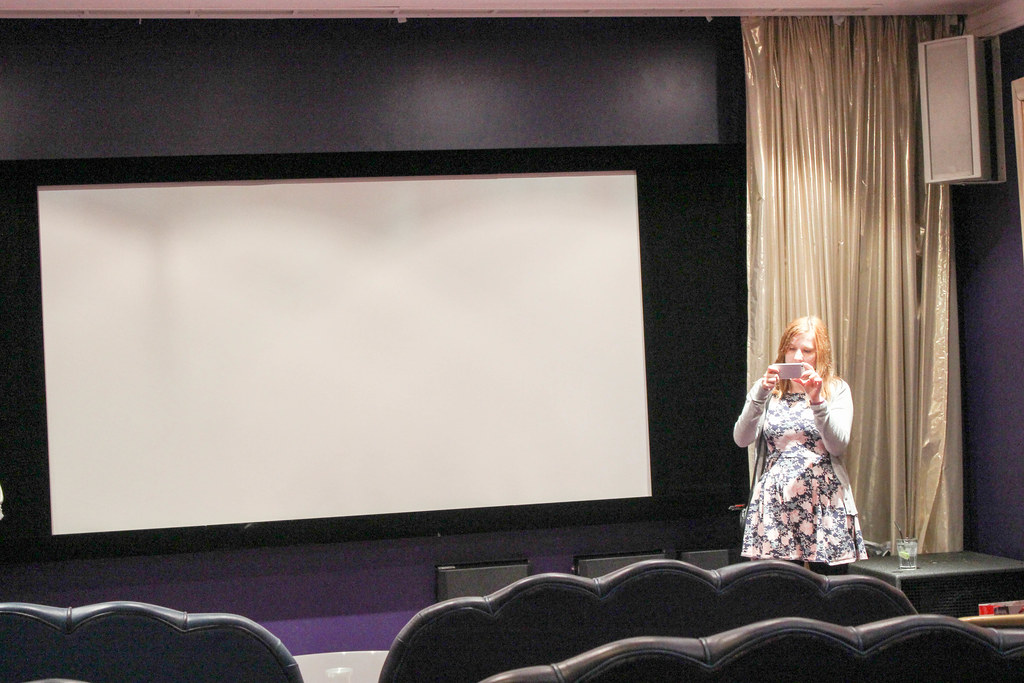 So we all sat on the mermaid chairs – how great are they? – and got ready to have a bit of a laugh… 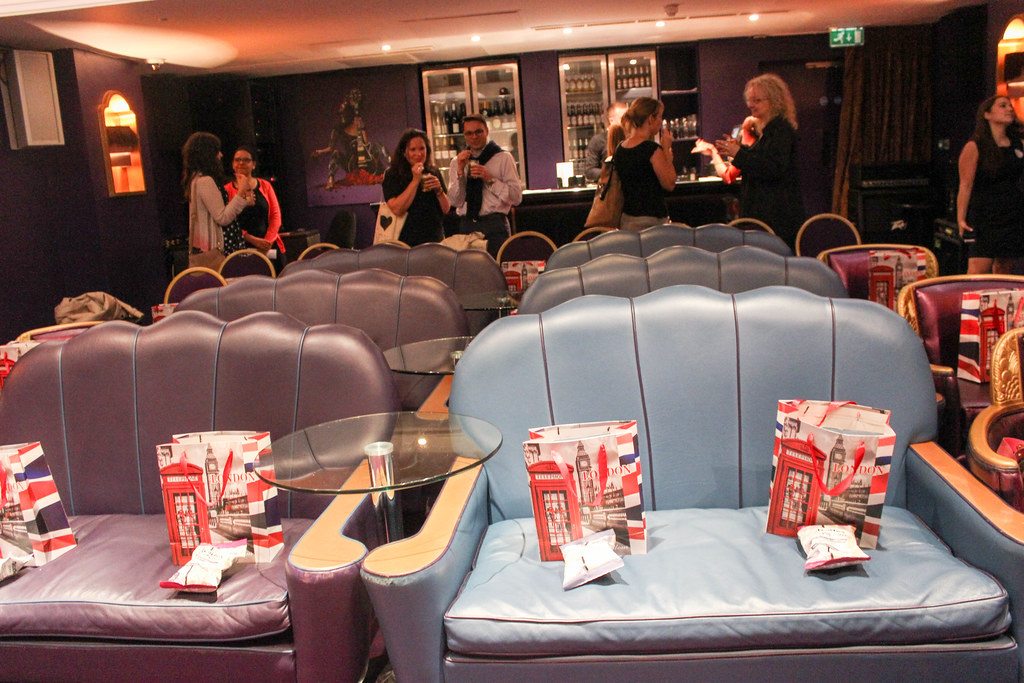 I was happy when we were all told that the chosen feature was Austin Powers! I hadn’t seen it for years and had forgotten how funny it was. It was a very happy evening – great company, good food and a hilarious film to boot. Yeah, baby, yeah! If you haven’t seen it for a while as well, you can watch it below. It will be the silliest hour of your week, and I’m sure it will make you laugh.

Thank you English Town and Talented Talkers, for such a fun and quality event!

Christmas In July with Debenhams #DebsChristmas15

My Top 6 Restaurants in London